My first race this past Sunday in the Winter Series was shaping up to be a slopfest.  We had a little snowstorm blow in the day before, and that mean that everything would be all pretty and junk. 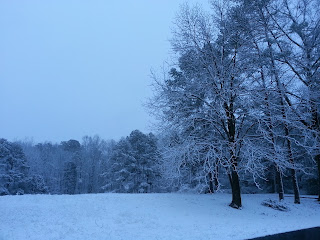 Well, until I got out on the race course to check the conditions. 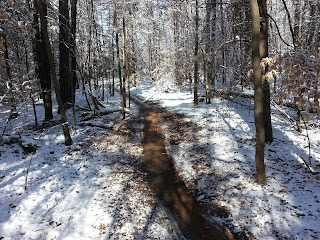 The first couple of groups that went out were getting covered in mud and the trail was getting sloppier by the minute.  I was sorta looking forward to getting out of there, especially after watching Eastwood and TomTom out there. 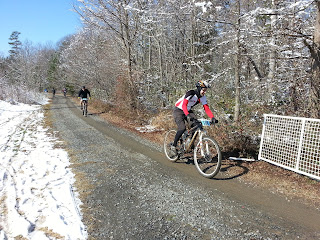 When it was my turn, I heard that they were making a modification to the course.  The grassy field we’ve been using was being removed, since it was getting really nasty (and they were tearing up the grass.)  After getting a look at it, I was glad. 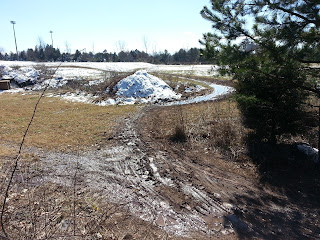 The turnout in the big boy class was a little smaller than usual, but I didn’t care.  I shot up towards the front as best I could, because I knew I could handle my bike in the shitty conditions.  I was sitting somewhere in third place when we went in the woods, and I was hell bent on giving it all I had.  During the first lap, I was feeling pretty good. 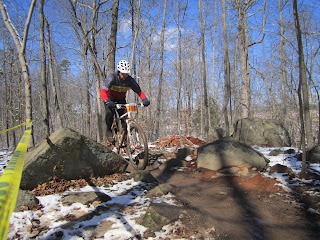 On the fire road, I turned it up a bit.  However, one guy went flying by me.  I stayed on him, and we went back in the woods together.  He rode his brakes through the descents (surprise!) and it was wearing me out having to needlessly accelerate up the short climbs.  When we got to the fire road again, I made sure to pass him and gun it.  I took off and put a pretty good gap on him.

I was feeling good.

I started to catch some guys in the other class, and I went around them whenever I could.  I was somehow able to handle my bike pretty well on the sloppy course, but I couldn’t safely get around everyone.

That led to more frustration. 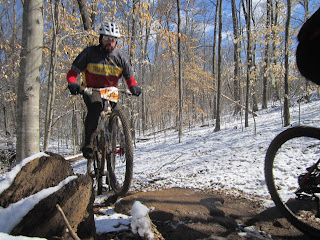 Up the fire road again, one guy in my class came flying by like I was standing still.  He didn’t start the race with us, so I wondered how he was able to catch us like that.  Later on he told everyone he started late, which made absolutely no sense to me.  I called bullshit (on the spot and later on) and kept on pushing.  I figured that he had to be a lap down and I didn’t need to worry.

Next lap, I was feeling great.  Covered in mud, I was slowly picking off riders in the other class as I built a gap on the guys in my class.  I made passes when I could, but the frustration of being behind the brake riders was starting to get to me. 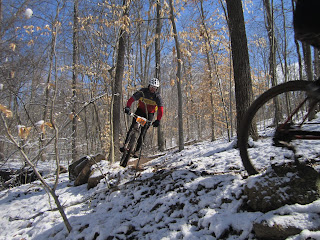 I was working extra hard because people couldn’t ride in the mud, but I tried not to let it bother me too much.  With the race coming to a close, I was still in third place, with no one behind me. 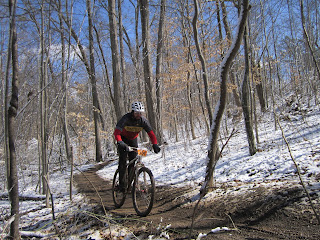 When I crossed the finish line, I felt great.  The results were posted, and I was somehow listed as 6th.  I spoke with the promoter and he found a mistake, which bumped me up to 4th.  I knew for sure I came in before the guys listed in 4th and 5th, so swapping me from 6th to 4th seemed accurate.  However, the guy that started late somehow ended up in 2nd.  Since they took his word that he started when he said he did, they added an extra lap which knocked me out of third.

I was a little pissed, but I couldn’t really do anything about it.  Maybe it was right, but I have no way of knowing for sure.

I handled my bike well in the mud, rode my ass off, and had my best race of the series.  That was good enough for me, because most of those people had a lot of trouble out there.  It is a mountain bike race, after all, and that made me feel pretty good about my effort.

I wasn’t bitter at all.  Well, at least not until my second race.