At the Southeast Bike Expo, we didn’t just look at cool-looking shit. 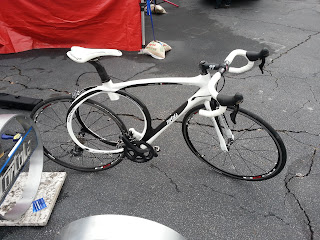 Or pretend to ride shit. 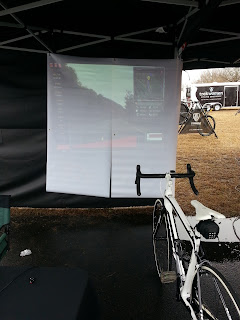 But, I did ride the same shit as last year. 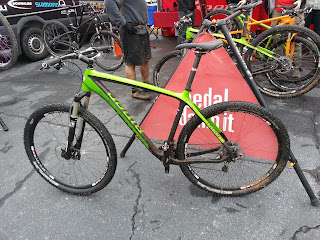 Let me explain.  Last year, I was the first person in the southeast to ride the Niner Air9 RDO.  It was pretty rad, but not rad enough for me to drop money on one (plus I was riding for another brand at the time.)  This year, when we visited the Niner tent, I only had two choices (in an extra large size):  The Air9 RDO and the Jet9 RDO.  The plan was to ride the Jet9, but the large version wasn’t available when we wanted to ride.  That meant that TomTom wouldn’t get to try one.

Being the good guy that I am (and the fact that TomTom is between sizes and could ride a large or extra large) I decided to make a sacrifice and ride the Air9.  That meant that my pal TomTom could enjoy the squishy carbon goodness while I rode something somewhat familiar.  I didn’t mind at all, because I’m all about making people happy. 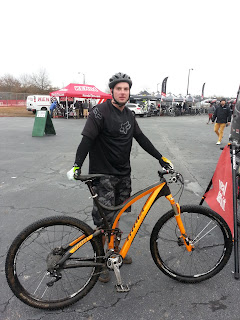 I know, he doesn’t look very happy in that photo.  I assure you that he was.

Anyway, since we saw people coming off the trail all sloppy, muddy, and gross, we decided to ride the other side of the 1996 Olympic mountain Bike course.

You know, the cool, rocky side. 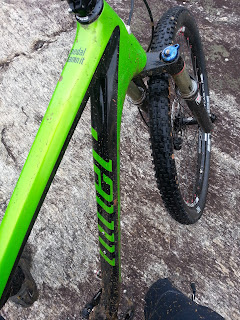 TomTom seemed to enjoy it. 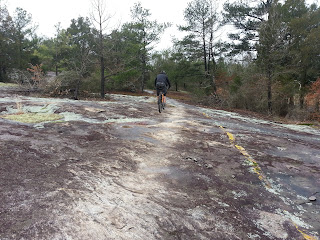 Even though you can’t see his face, he’s smiling this time. 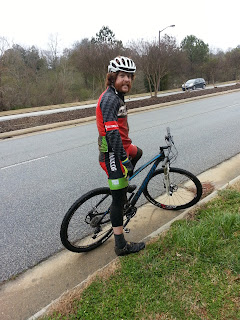 Yup, Faster Mustache’s own Evil Ginger happened to be there, and he was kind enough to ride with us.

We had a lot of fun, got a little dirty, and got the bikes even dirtier.  So dirty that Niner Mike had to clean them off after we were done. 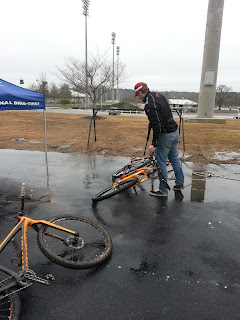 That wasn’t all we rode though.  We ran into the Pinarello rep (who was from ), and took a spin on their new carbon 29er. 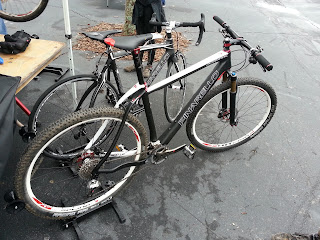 It was pretty cool, although I’m not sure I would want to see the price tag.  It was kinda meh, other than the weirdo seat post clamp thingy… 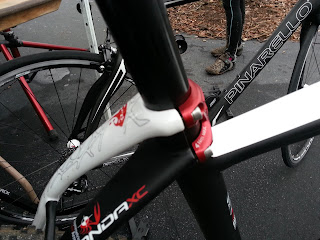 It was a long, long day.  After leaving the B-43 Worldwide Headquarters at the crack of dark, looking at, touching, and even trying fancy bike stuff, we grabbed some dinner and drove back to the . 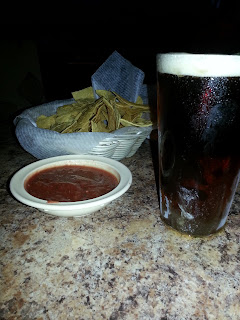 It was worth every second.  I can’t wait for next year.