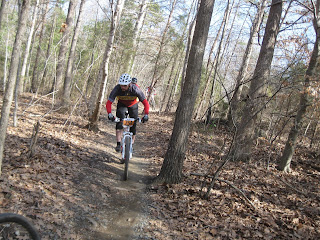 In my first race of the day, I was just as frustrated as ever.  You know, because people in the woods wouldn’t get the hell out of my way. 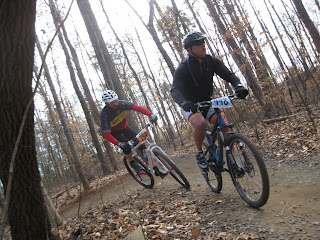 I let it get to me a lot during this particular race, and it put me in a foul mood.  It happened way more than usual for some reason too.  You see, being a big fella I get all my speed in the woods.  Gravity is my friend, and coupled with my awesome technical skills (ha) it’s where I can gain the most time out on the race course.

It doesn’t really work though, because people blow by me on the fire road climbs and through the parking lot, and then they ride their brakes in the woods.  It kinda bugs me I guess. 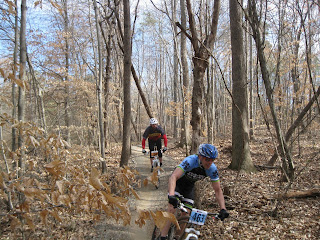 Somewhere during the course of the race though, things changed.  I started having some sort of change of heart...feelings, if you will.  I figured that not everyone excels in the woods riding the fast berms and jumps, and just because I do doesn’t mean that they are bad people (or that I'm better than they are.)  They weren’t trying to hold me up on purpose I thought, so maybe I should take it easy on them.

I mean, it’s my own damn fault, right?

My weakness is obviously climbing, so maybe if I worked on that a little bit I wouldn’t have such a shitty race every week.  All it would take is a little hard work, and I would be so far ahead of everyone by the time we got to the woods that it wouldn’t matter.

That sounds like some serious shit.  Maybe I’ll just keep having fun. 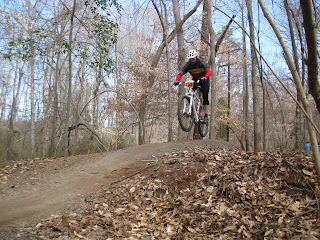 One thing is for sure, I really need to stop complaining and do something about it.

But, isn't that people have blogs?