After riding from the hotel, passing through the Old Town Saint Augustine, and visiting a winery and distillery, we headed back across town.  We were feeling pretty good. 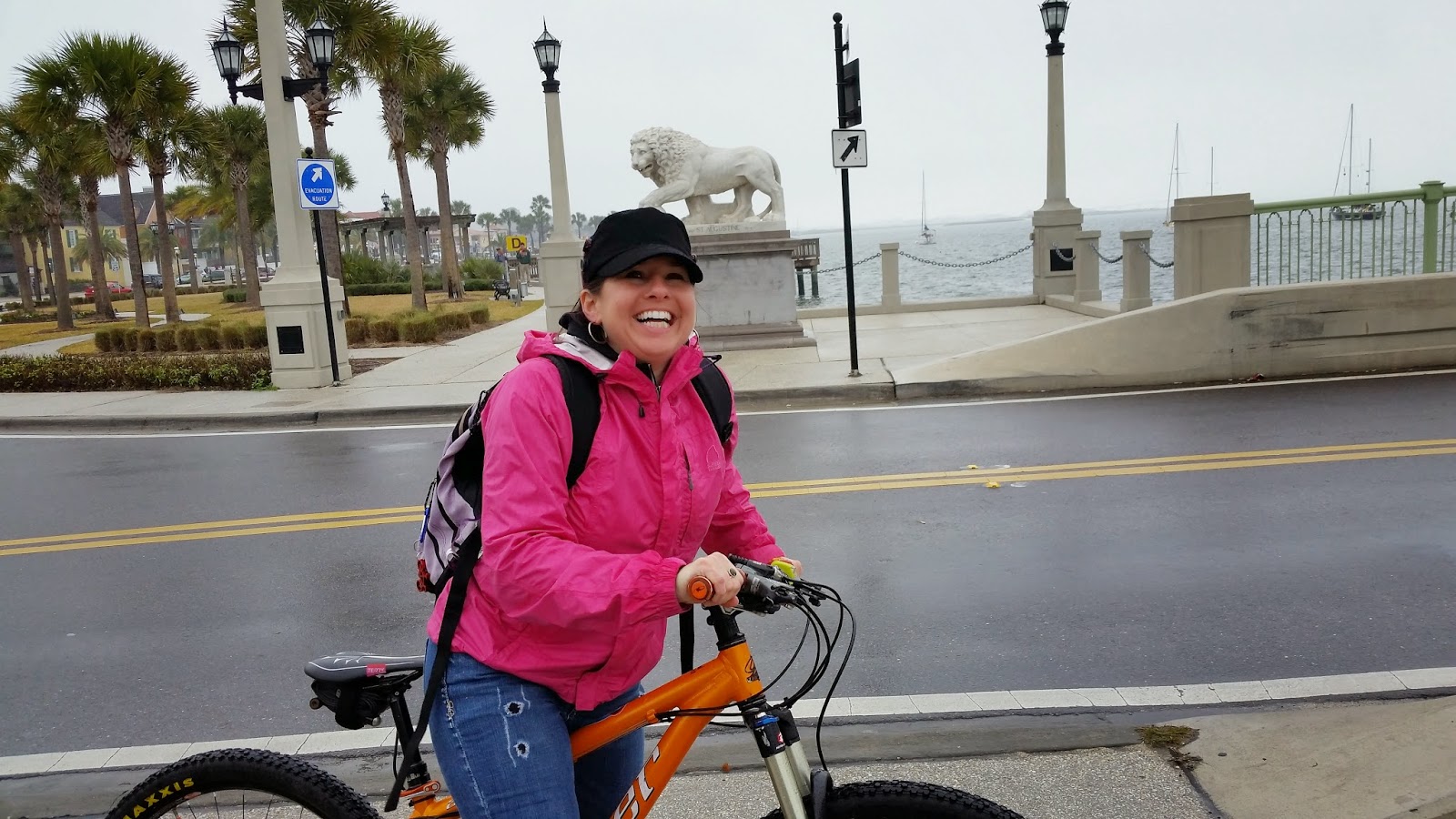 The next leg of our town would take us across the Bridge of Lions.  In an automobile you can't stop for photos, but we weren’t in one of those contraptions. 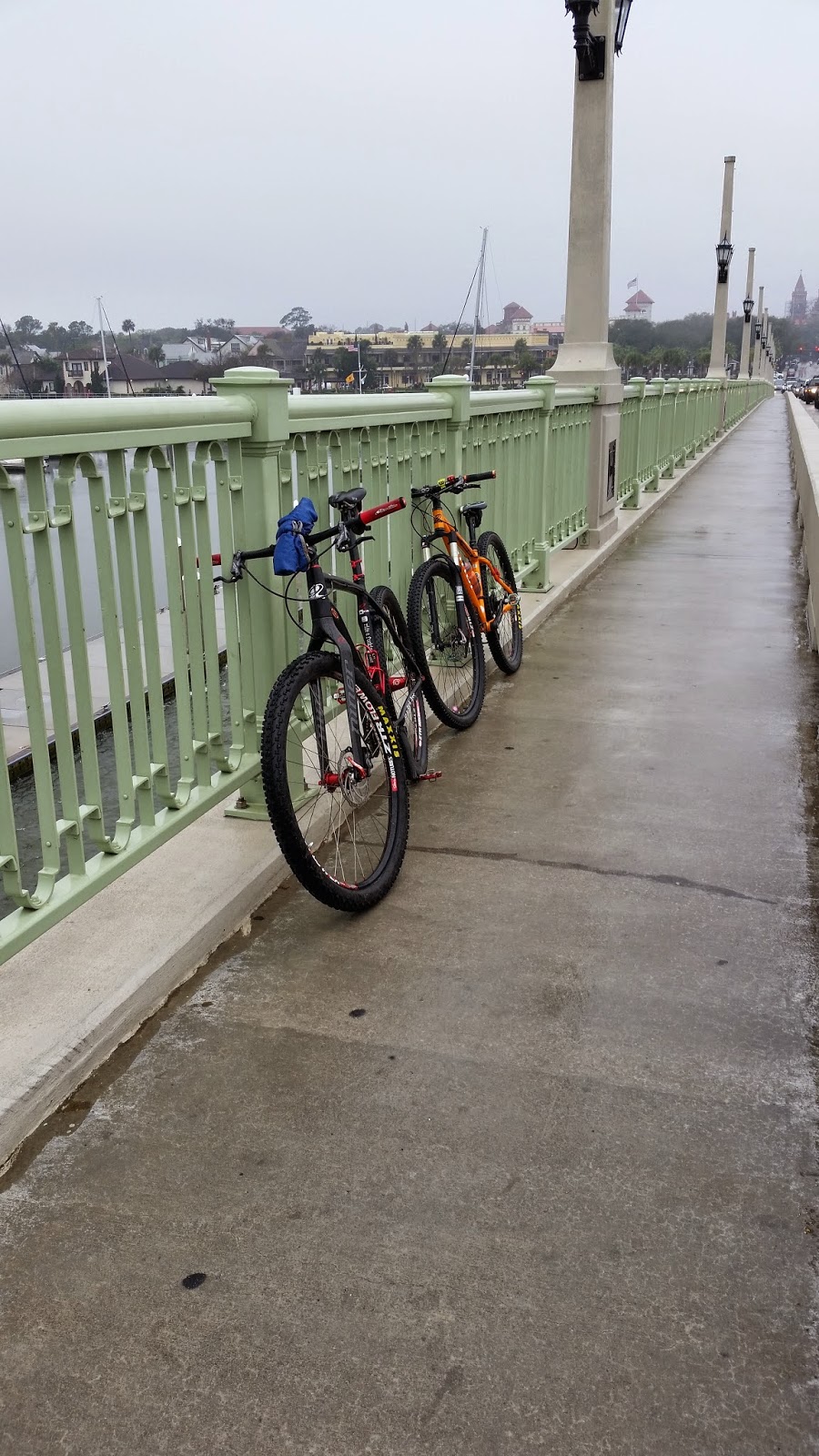 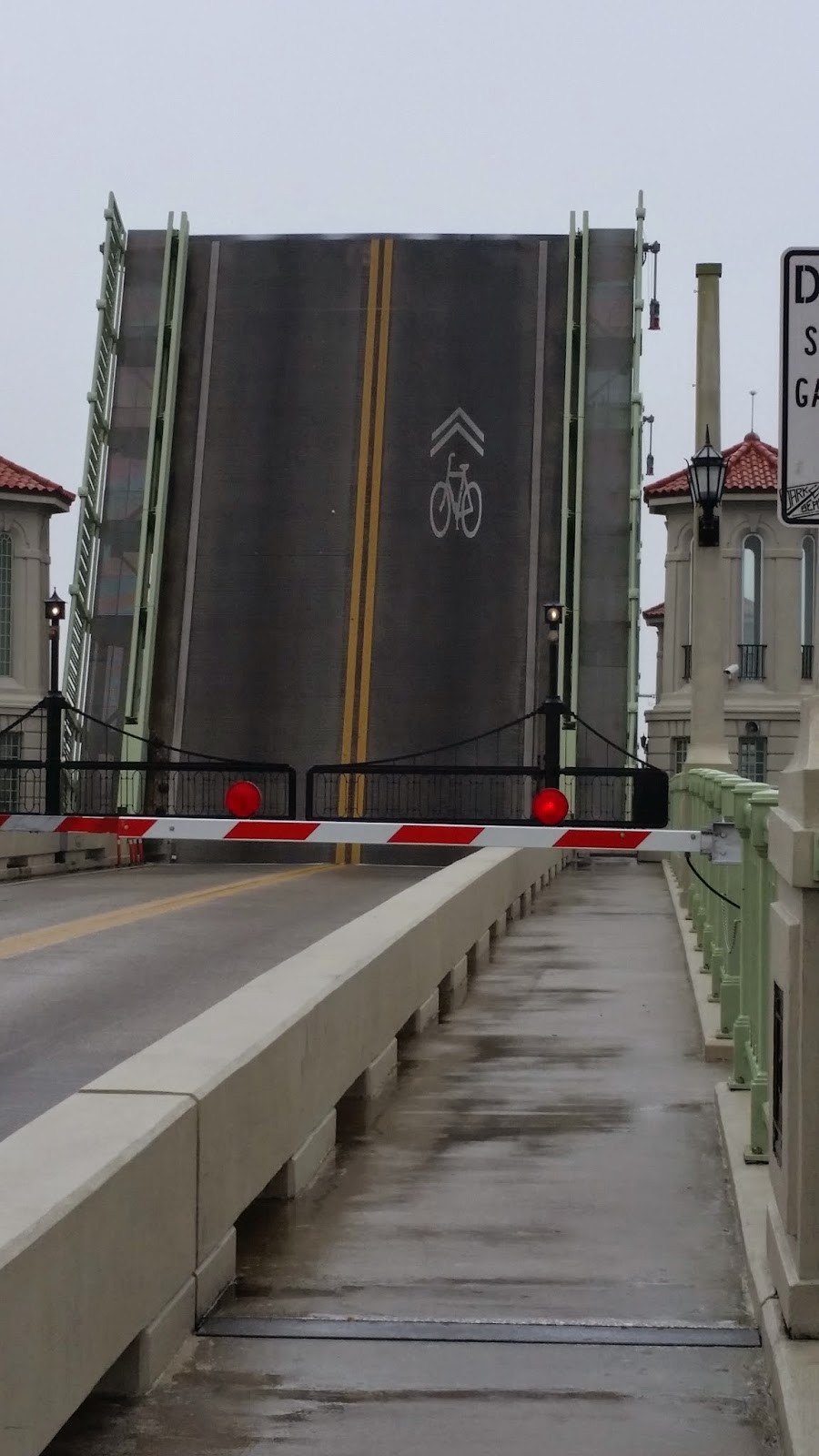 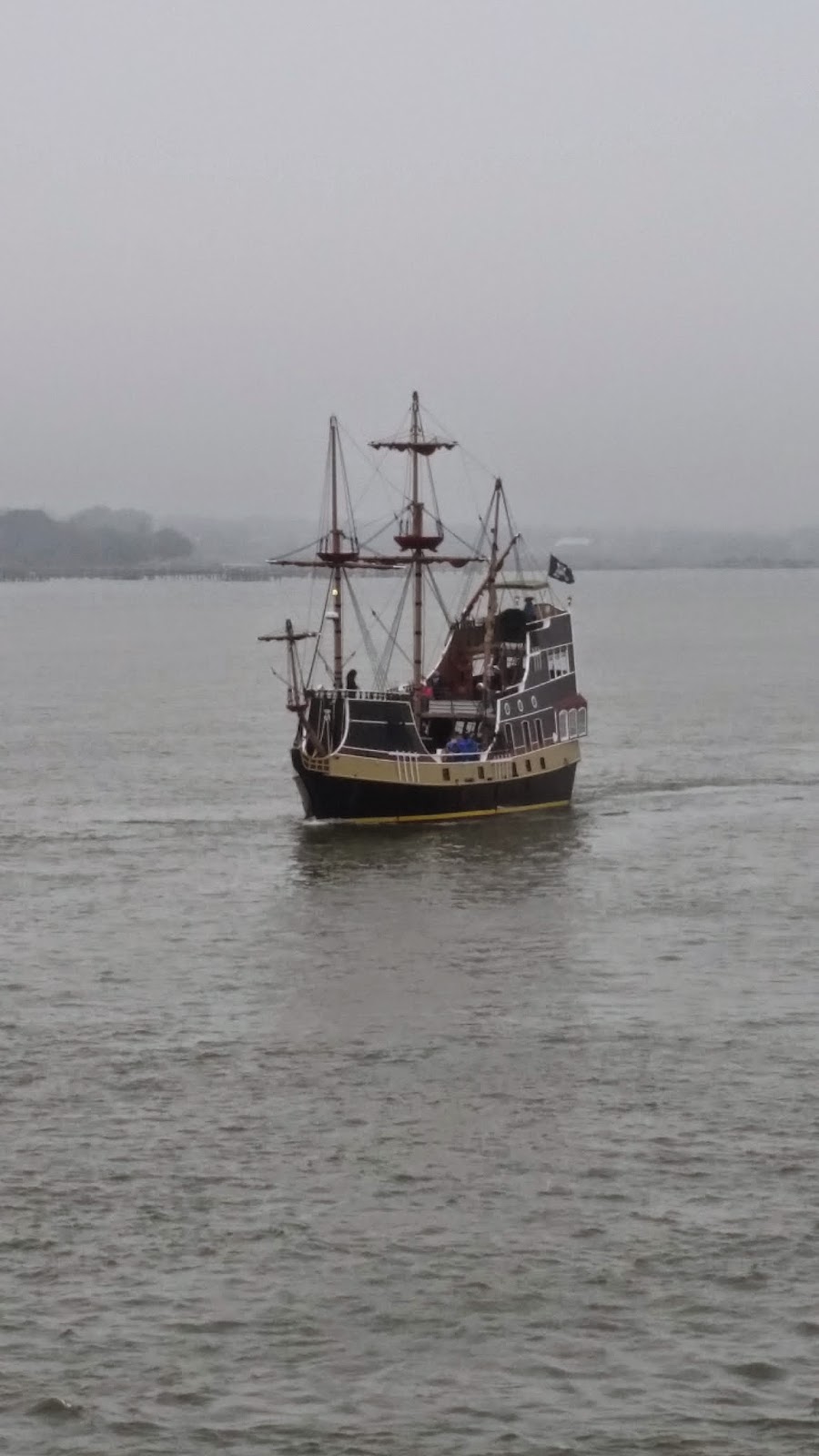 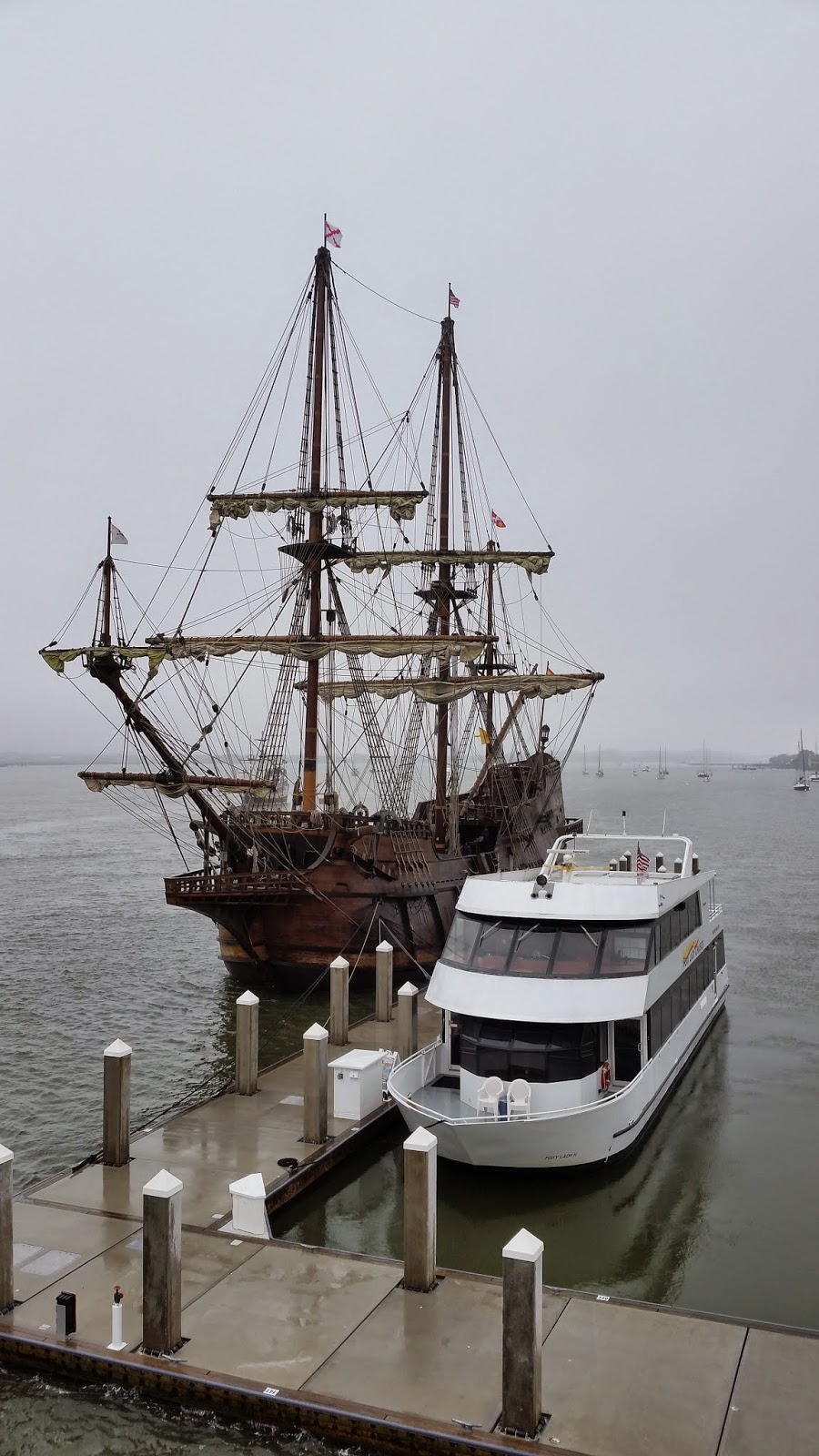 The rain had stopped for a little while, but we were happy to be out riding anyway.  Our journey over the bridge took us to the Saint Augustine Lighthouse, which is one of the little lady’s favorites. 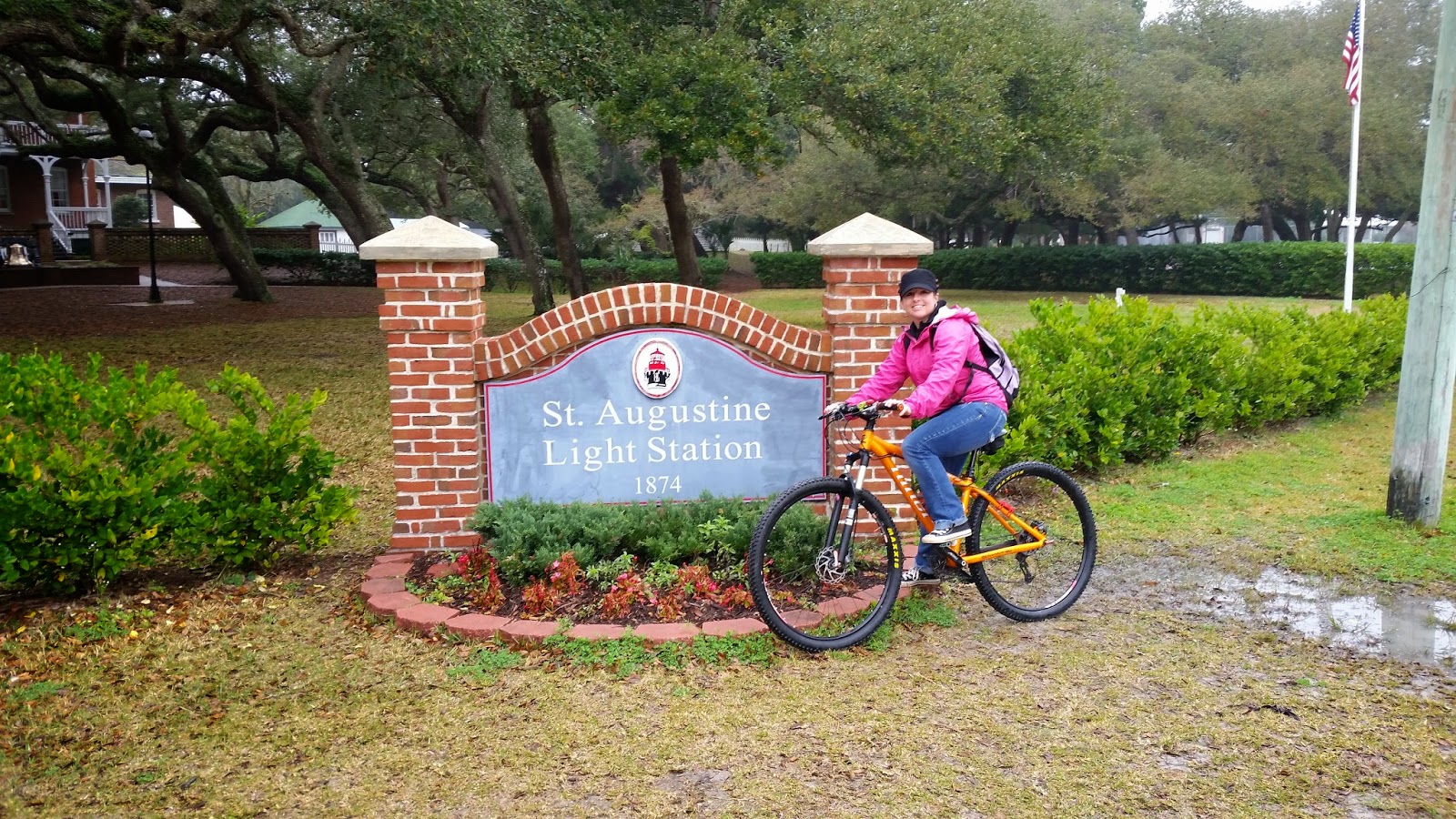 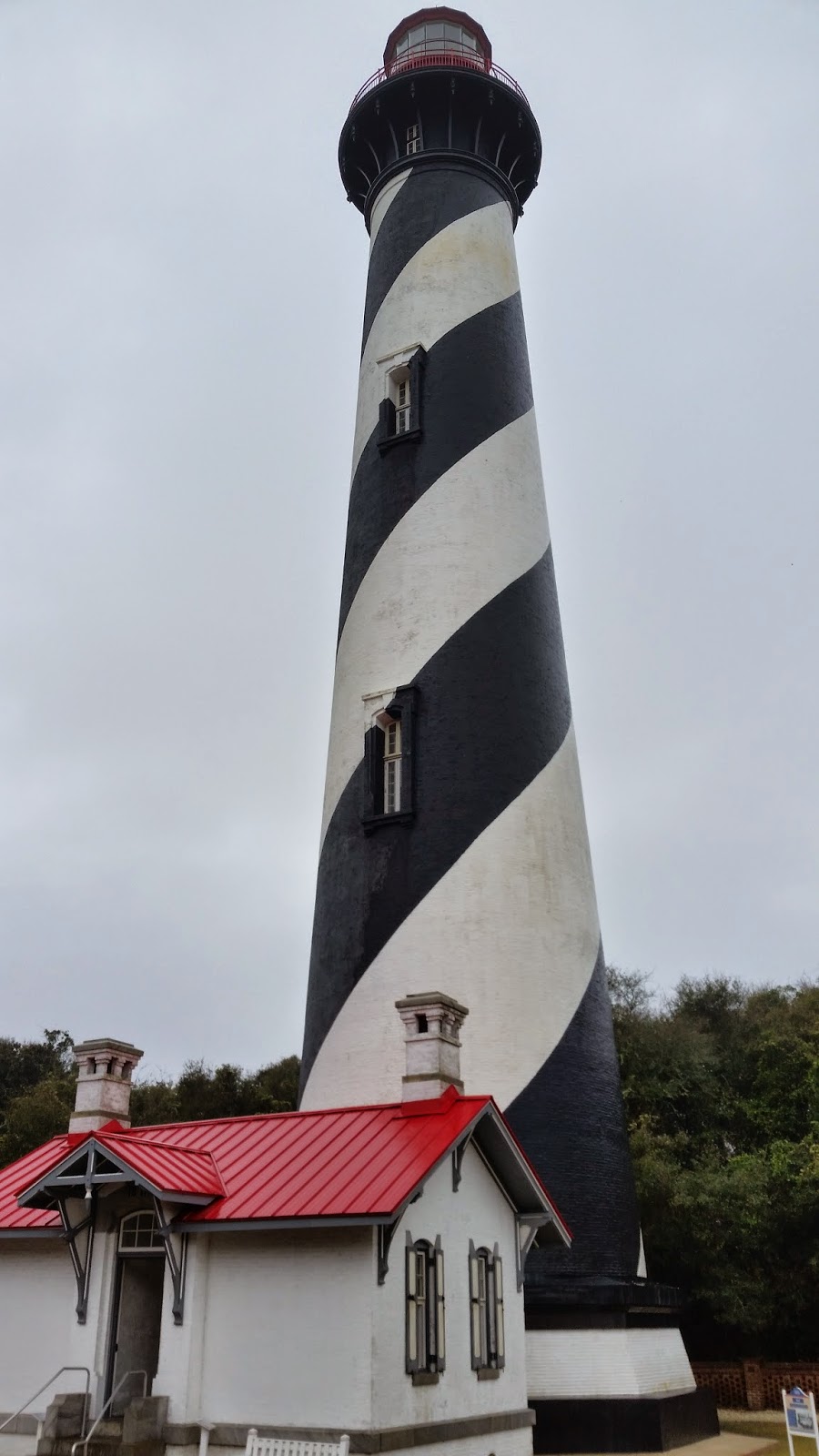 I never really paid much attention to lighthouses until I met Little Miss Sunshine, but as a history buff I’ve grown to like them.  She really loves them though. 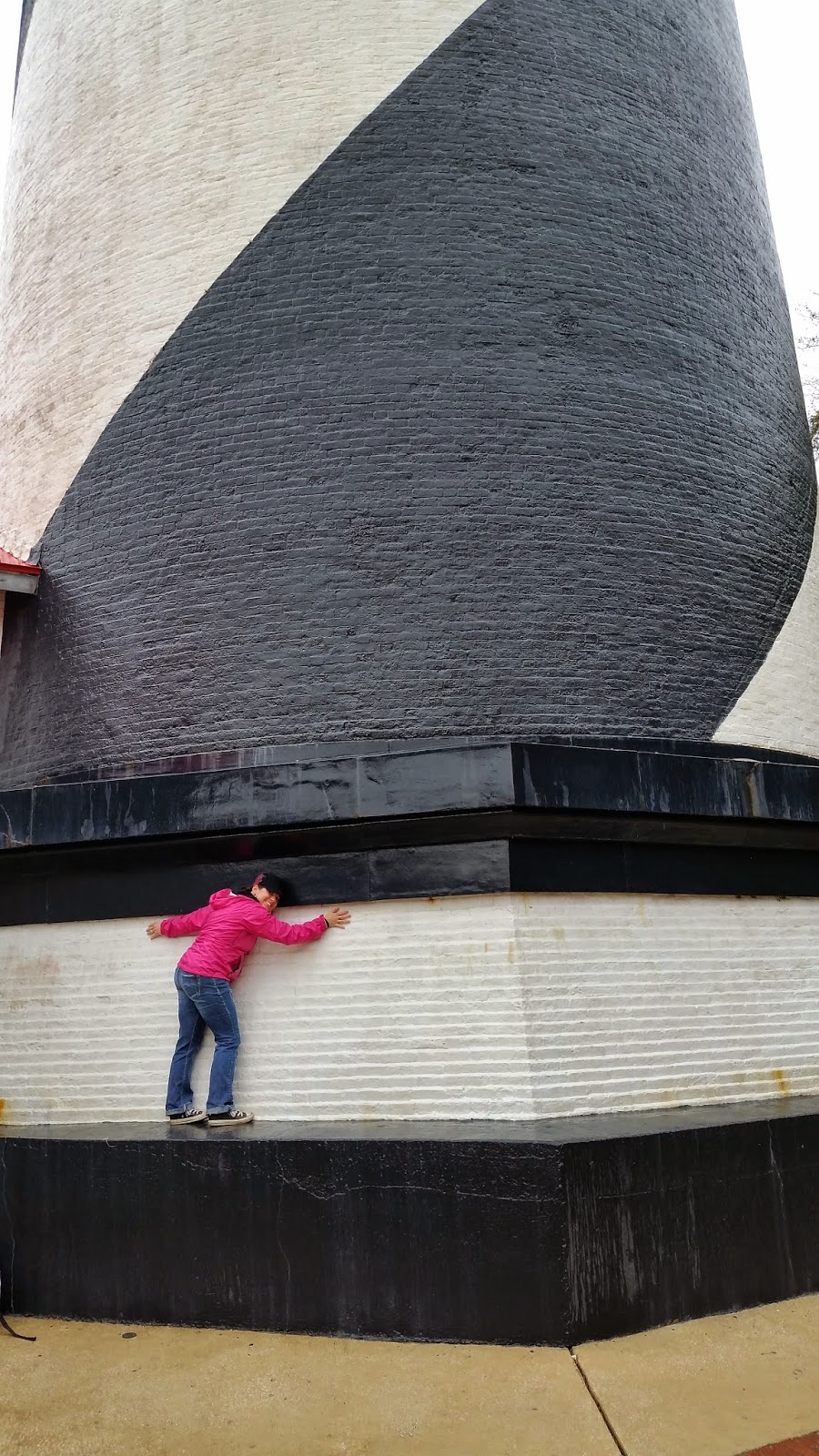 They are pretty neat inside. 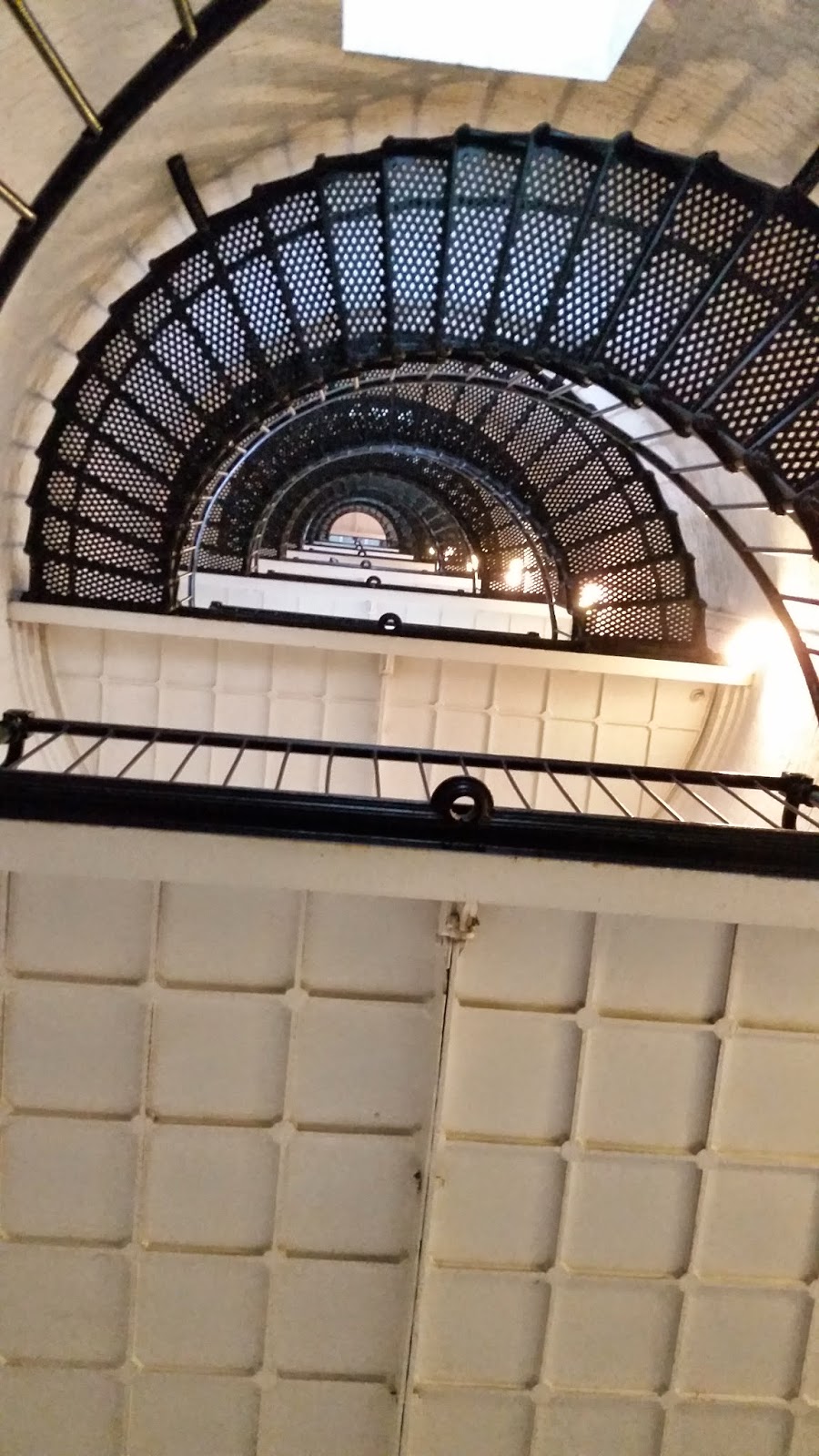 And the view from the top is always cool. 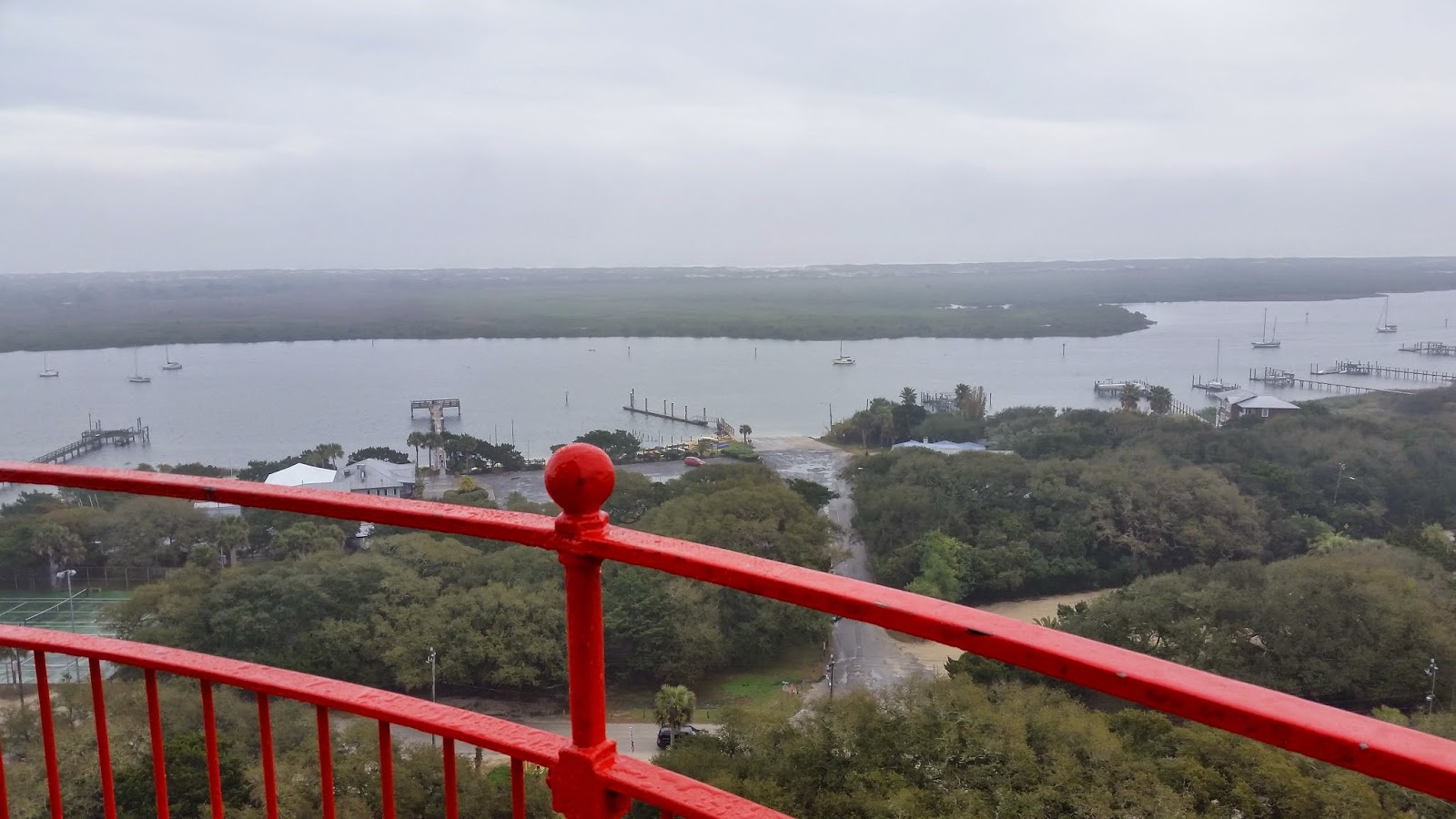 We hung around the island for a while, grabbing some food to tide us over for a while.  Then is was back across the bridge to see Castillo de San Marco, or “The Old Spanish Fort” as some people call it. 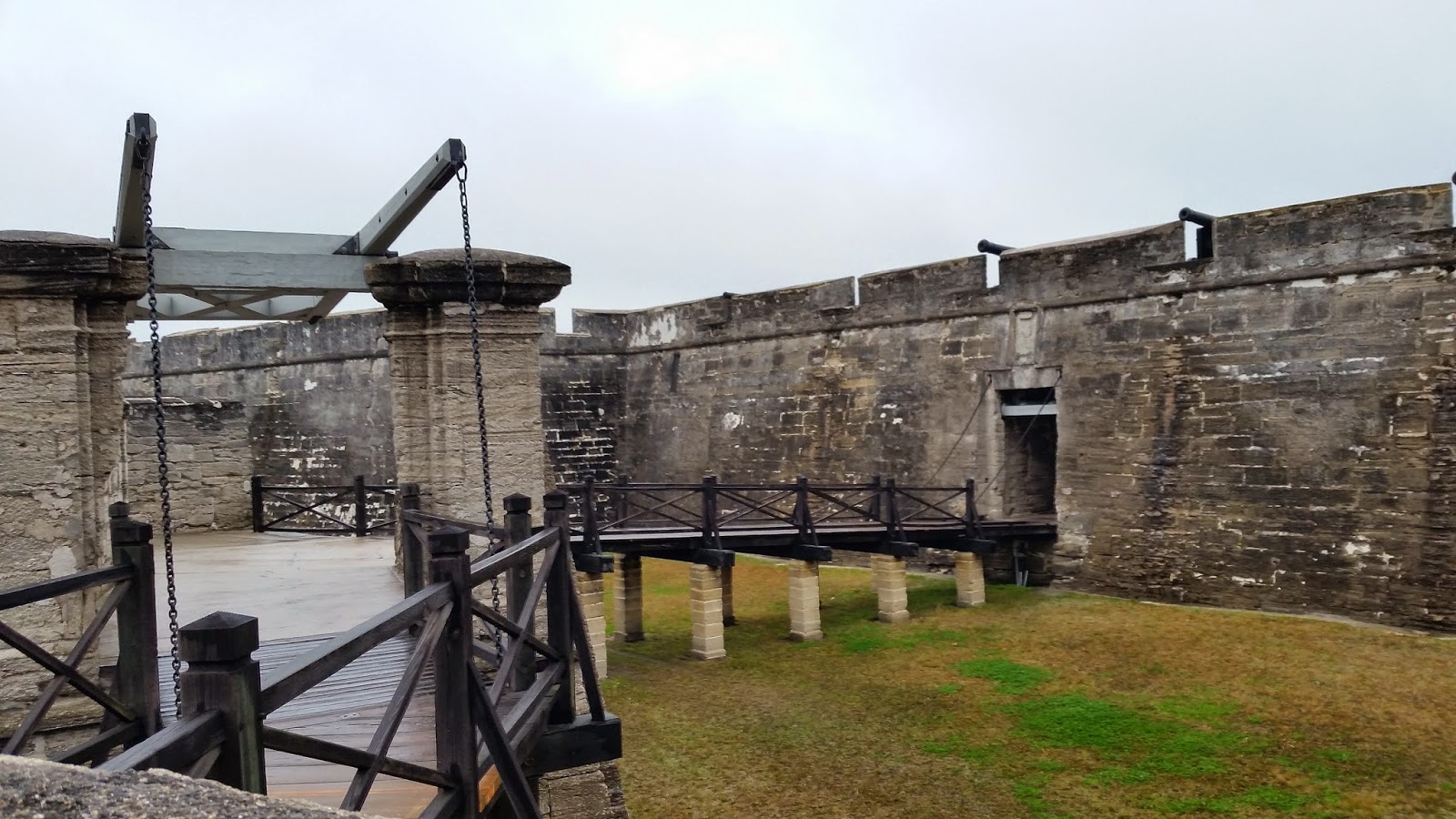 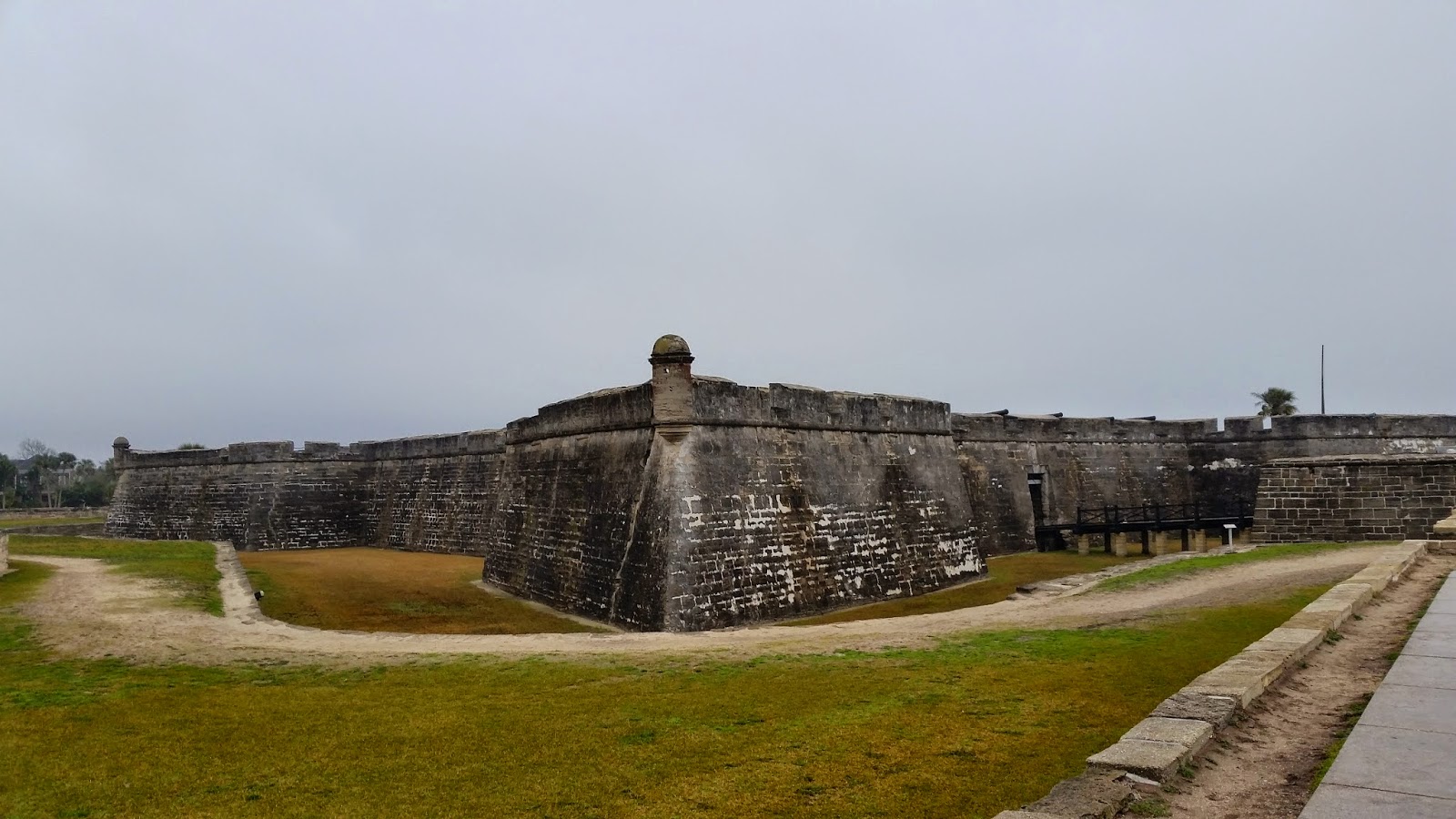 After a short search for coffee, we somehow ended up in the middle of a parade, or as one lady told us, “It’s Pedro Menendez’s birthday!” 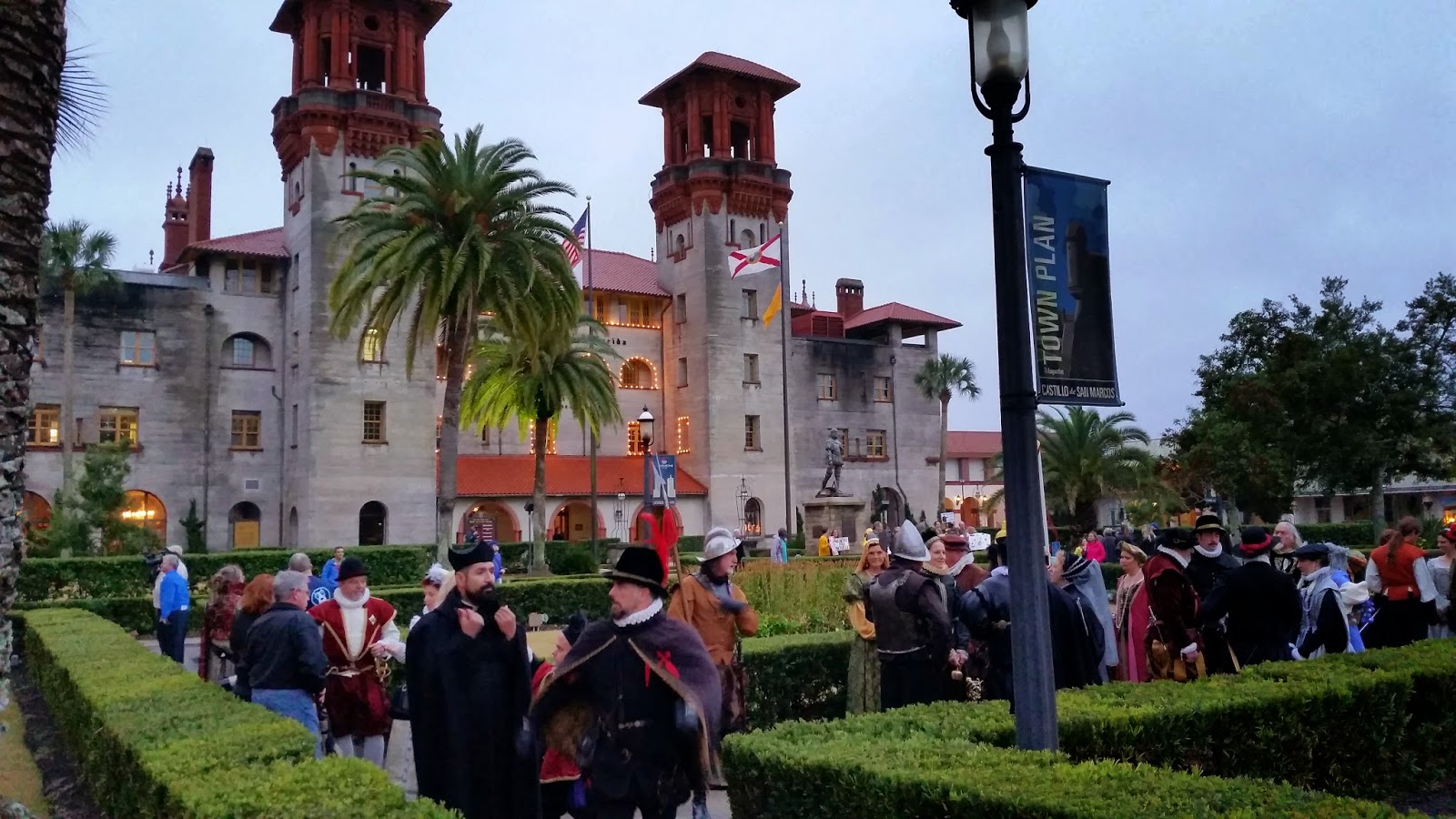 We headed back to the hotel, dropped off the bikes, cleaned up, then headed out for dinner… 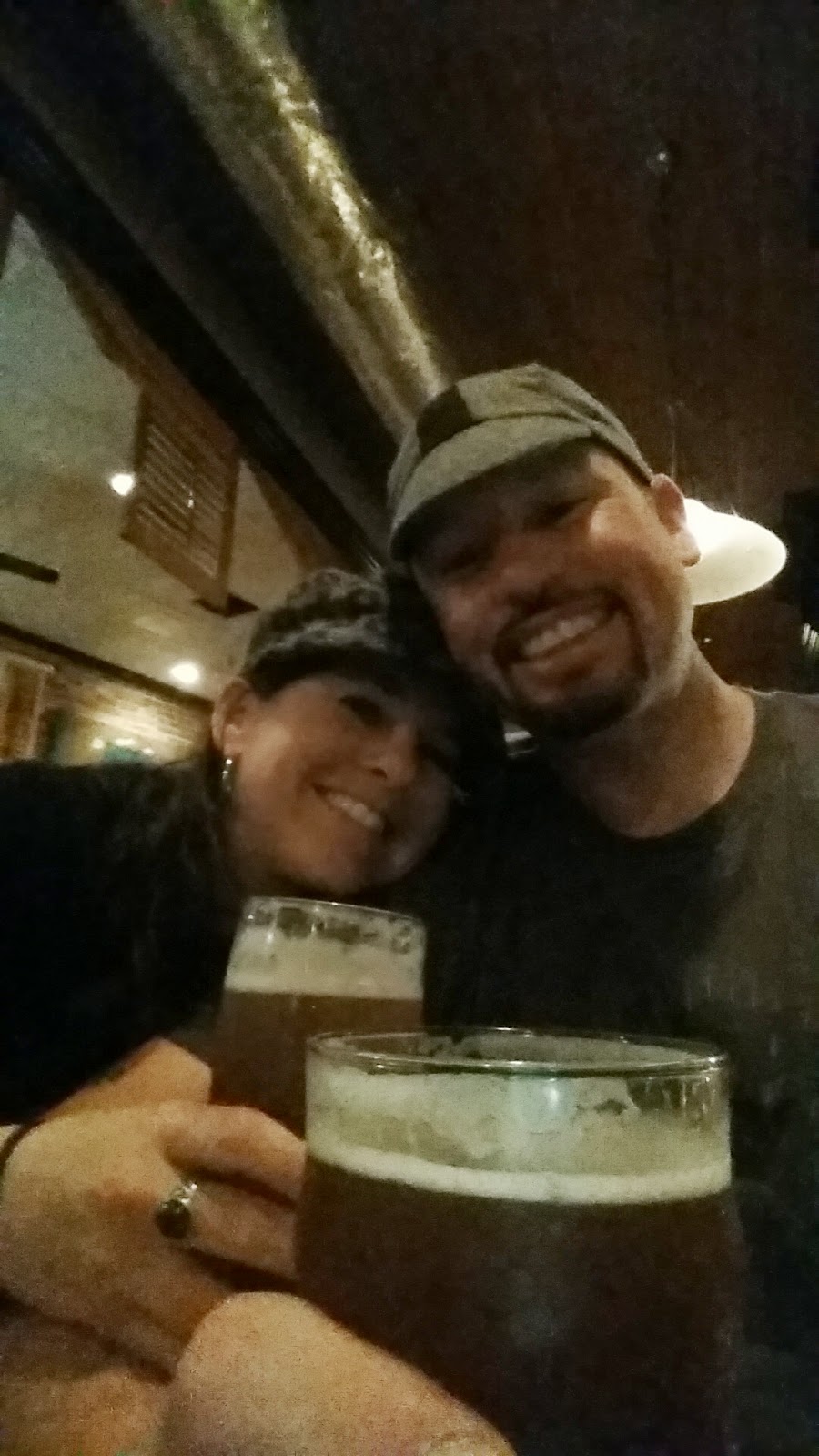 Happy Anniversary to us.  It was nice to get away.