Getting Ready For Fun

About a week ago, I was at a doctor’s office (for work stuff; I'm fine.)  There was an older lady there (probably in her late 70s), and she was asked about her recent vacation by the check-in nurse.  After a chat about some island getaway, she then went on to say, “I just booked a trans-atlantic cruise this summer.  It’s the last thing on my bucket list.”

That stuck with me.  I don’t know what else was on her list, but that fact that she’s nearly reached the end of it fascinated me.  I didn’t really have a chance to talk to her, but looking back I wished that I had.  From what I heard, she loves to travel, so I imagine that most of her list items were trips to far away and/or exotic lands.  She seemed so happy about it, and that made me feel pretty good as well.

I have a long way to go until I reach her age, but I have plenty of time to do all sorts of fun things.  I don’t have a “bucket list” per se, but I do have a mental list of things that I’d like to do at some point.  I’ve checked off quite a few things, but I’m more of a “fly by the seat of my pants” type of person.  I’m just gonna make sure I have fun, no matter what I’m trying to accomplish.

I guess that’s one reason that I’ve reconsidered beefing up my racing schedule again.  I was really burned out when I raced a lot of cross country stuff a few years ago, to the point where even just riding my bike for fun wasn’t um, fun.  It wasn’t the racing that did it though.  It was my shitty attitude.  I was traveling to new trails and meeting some cool people, but I guess that wasn’t enough.  Racing can be fun, but if it ceases to be then maybe I need to look at why instead of just running away from it.

Maybe that’s why I’m a little nervous about this weekend.

Sunday, I’m jumping back into the Southern Classic Series, with the intention of doing the whole thing.  Once upon a time I raced almost every weekend, with varied results. 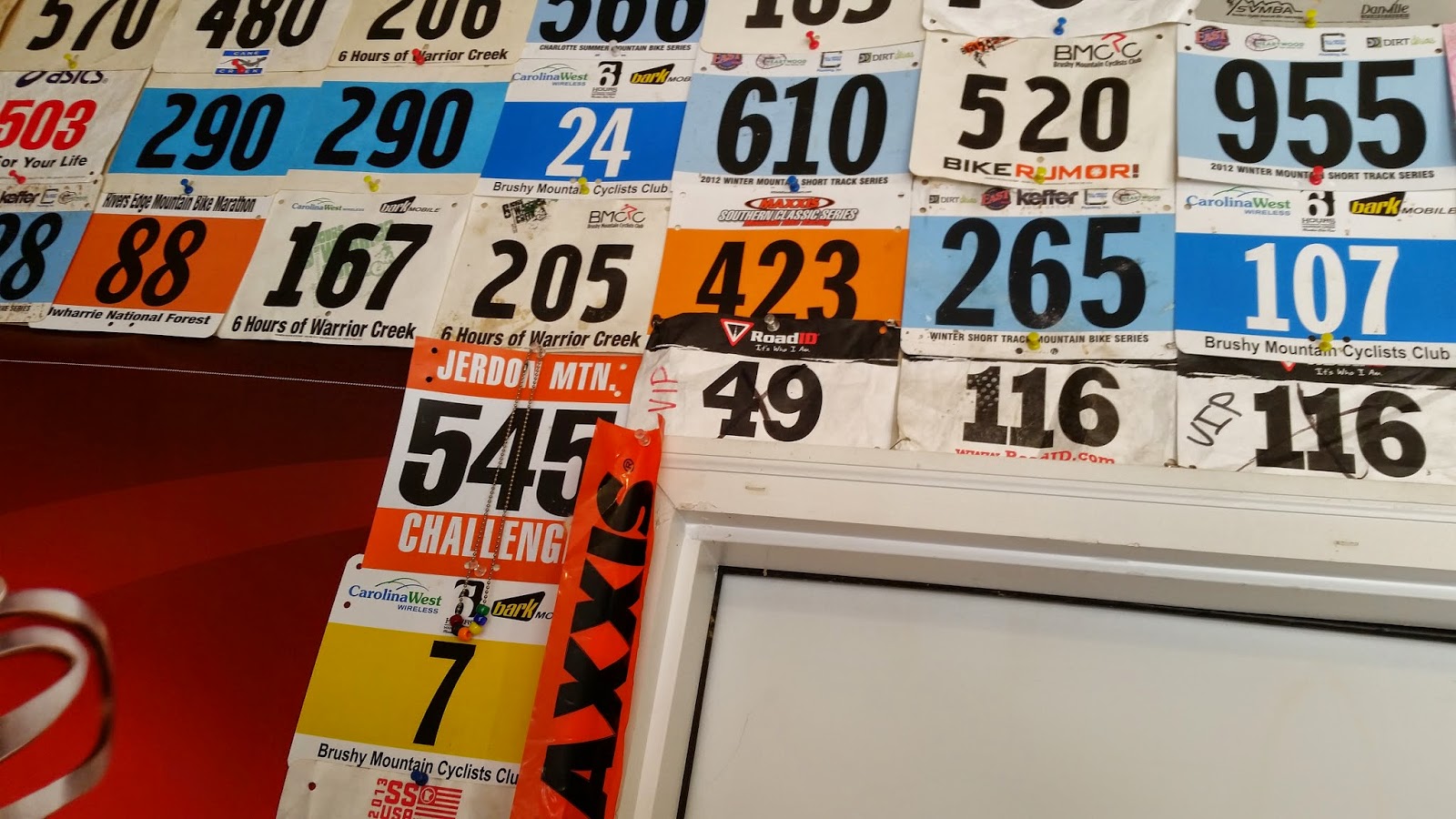 There’s no reason to be nervous.  There’s really nothing on the line except whether or not I have fun.  That’s the approach I plan to take this time around, and I hope I can keep it up for the remainder of the season.  It’s gonna be difficult to stay focused, but as long as I can have fun then I should be fine.

Since I’m planning to “mix it up” with racey folks, I figured that I should get my bike in order.  I started by giving it a good bath, paying close attention to wear items such as the chain, cog, and chainring.  Everything is good (for now), but while I had the wheels off I noticed something odd. 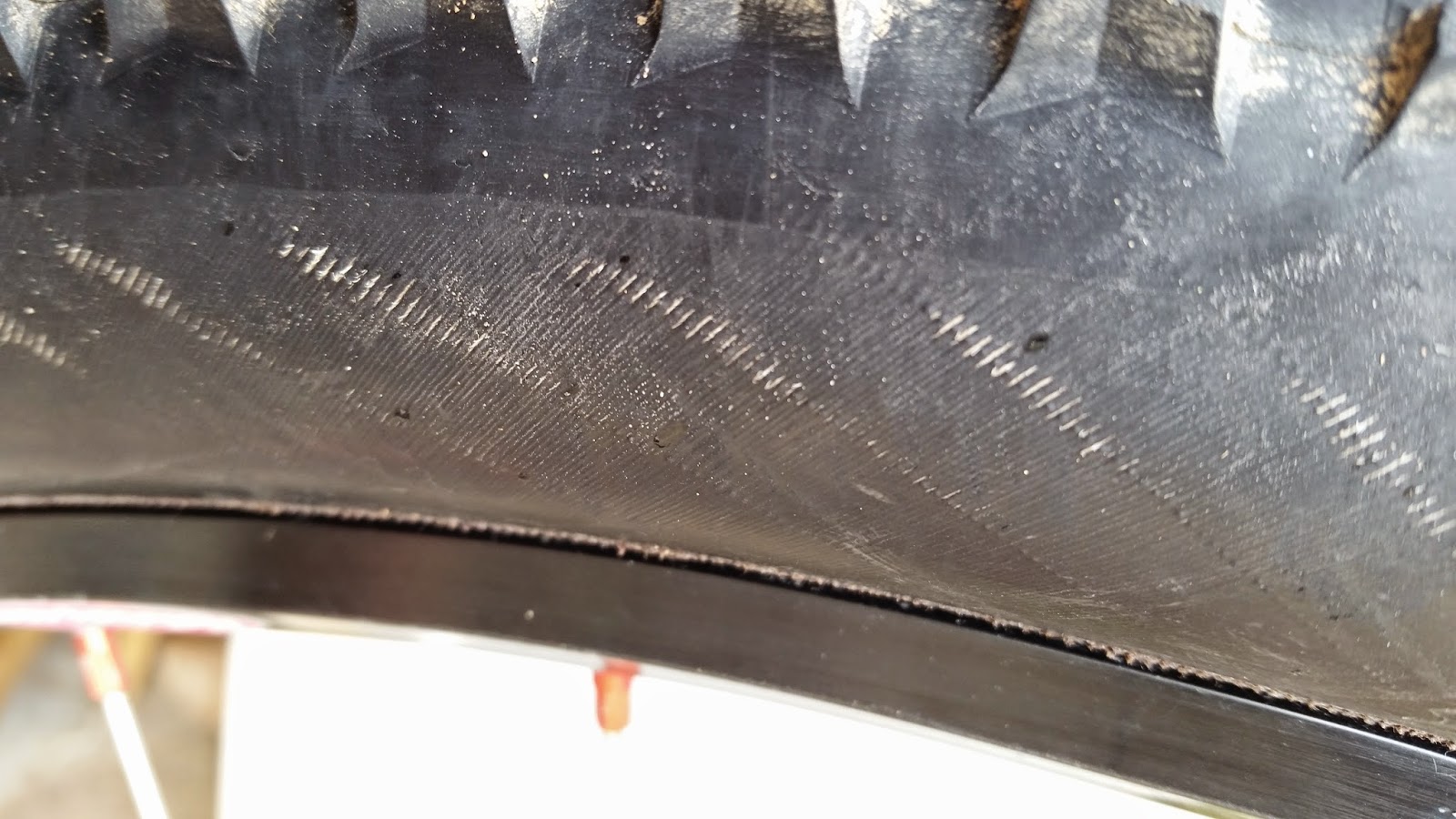 Really, there’s no excuse for that kind of nonsense. I get tons of awesome support from Maxxis, and when I ask for new tires they show up quickly.  Maybe I’m just lazy (or don’t pay enough attention), but letting a tire go this long is unacceptable.  I didn’t take a photo of the actual tread wear, but it was quite shitty as well. 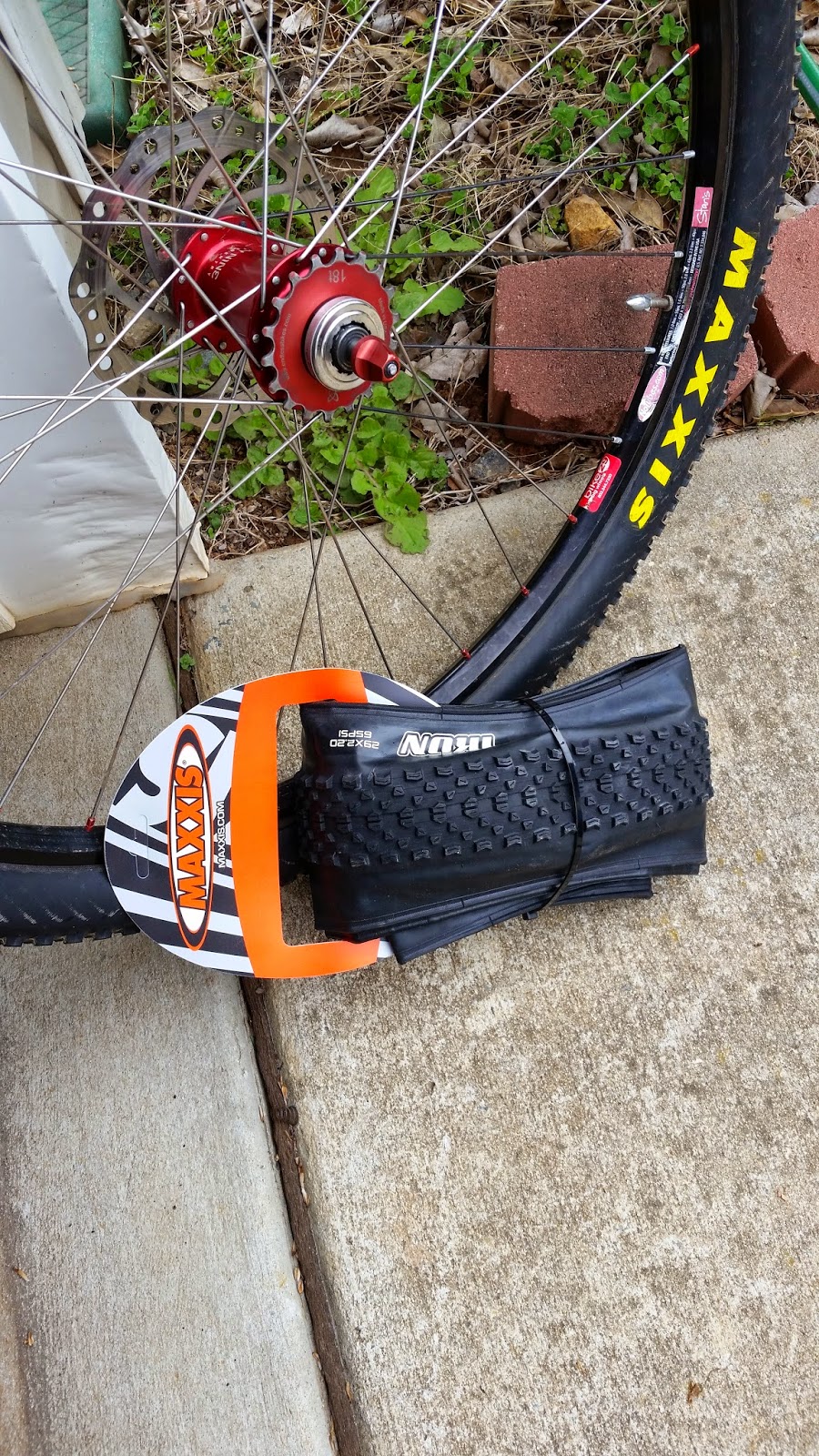 A brand new Ikon, just waiting for me to install it.  Once I did, I realized how much of a dumbass I am for not doing it sooner.  Tubeless setup was a breeze, and the fact that my rear wheel won’t spin out anymore is reason enough to never let this happen again.

At least I didn’t wait until I started racing this weekend.

That’s when I’ll see what else I forgot to do.

And no, new tires were not on my bucket list.  They probably should’ve been though.