Although I primarily ride mountain bikes (when I actually ride), I've been spending a lot of time on the road lately.  I still have a rental vehicle since mine is in the shop, and that makes transporting a bike anywhere a pain (I barely got me and a bike to the Short Track Thingy on Sunday.)  A road ride is still a ride, and I still have plenty of exploring to do around my new hood anyway.

So off I went.

I headed west, with my goal being to cross the Catawba River.  I'm really close to it actually, so before I knew it I was there. 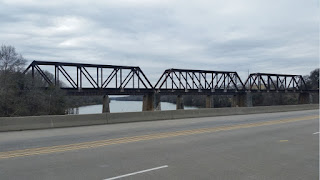 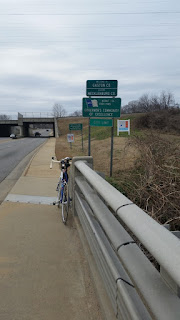 Wait, what does that little sign back there say? 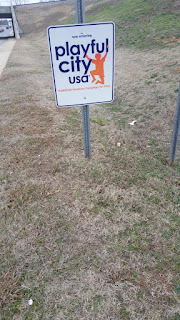 Crossing the river has always been a funny thing to me.  It's different over there.  I may joke about it, but I really do like it out that way.  It's quite country, and dare I say, a little backwards.  Much like where I grew up.  The pace seems slower over yonder, and it's not too city-fied.  I'm actually more comfortable over there, sorta like it's where I belong.

Fun fact:  When I first decided to move to North Carolina, I'd planned on going to Gaston County.

Anyway, this wasn't a training ride.  Or was it? 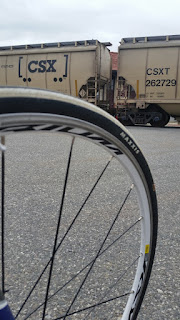 Even though I got some decent mileage in, I was primarily interested in exploring.  Sure, I can drive around those small towns to the west of me, but the best way to see anything is by bike. 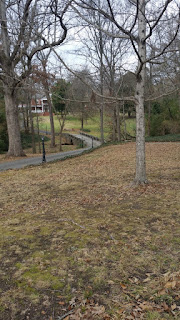 Hell, I never would have found this neat little coffee shop if I had been driving by on the main road: 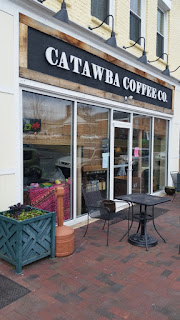 Oh, and did I mention that there was still snow on the ground? 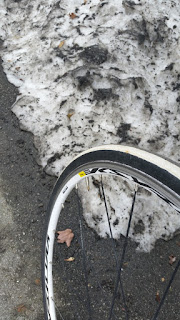 After I explored over there for a while, I headed back across the river and towards the whitewater park.  That's when I spotted the end of the Carolina Thread Trail (which branches off from the mountain bike trails out there.) 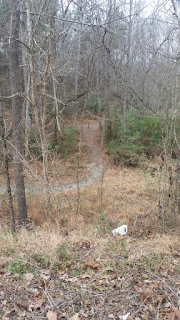 That trail flows along a creek, which just so happens to be the same one that's behind my house.  I decided to try to follow the creek back towards my house (the best way I could without getting off the road) and I saw some promising signs that made me think that I could actually get to the trails at the whitewater park from my own backyard. 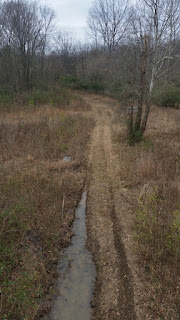 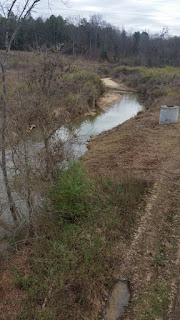 Eventually, it got pretty country, and by country I mean out there.  A kind of place where even the signs aren't safe anymore. 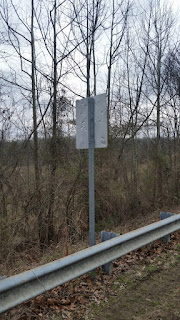 I got out of there, taking a couple of country roads back towards the house.  I was inspired and excited about the possibility of my new trail.  I couldn't wait to tell my neighbors all about it. 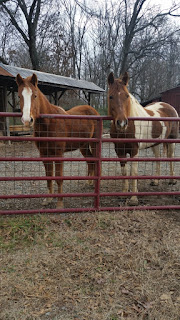 Their long faces would suggest that they weren't as excited as I was.  Horse problems I guess.

More consistent blogging has returned, but more importantly, more consistent riding.  Hell, I may even get out to the shop to put some new bike parts on for future rides.