Well, the weather folks predicted a shit storm of snow over the weekend.  It didn't happen for most people in Charlotte, but it hit us pretty good.  Starting Friday night, the snow fell and started accumulating.  It was schedule to go on all night, so I knew the next day would be fun.  I grew up in Florida, you know.  Even though I've been here for ten years I still get pretty excited.

Something funny happens when it snows.  It's like the rules of society go out the window.  Once the fluffy white goodness started covering the ground, roving bands of teens (and adults) starting gathering outside.  In the middle of the night in a snow storm, the rules don't apply.  People walk down the middle of the road, through yards, and even ride four wheelers on the median of major highways.  I dig it.

Anyway, I didn't stay up all night to watch the storm.  I went to bed just as the shit started sticking to the ground.  When I woke up though, it was different.  I had a nice view from the bathroom during my morning uh, ritual. 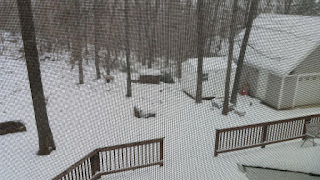 Please excuse the screen.  I wasn't about to remove it for a photo.

It was still snowing when I woke up.  It was awesome.  While some of my Facefriends complained about the lack of snow, we had plenty and continued to get more.  I was happy, but not as happy as Carl was. 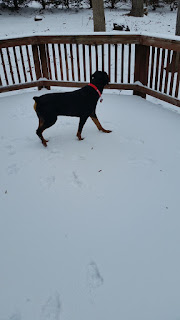 Carl loves snow.  Despite the freezing temps, we played outside with him for hours.  He like to have "snowball fights." 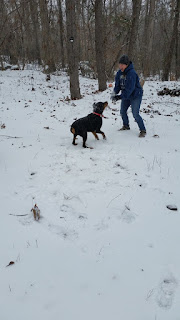 And he also likes to eat the snow for some reason. 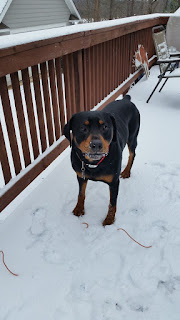 At about mid-day, I thought about going for a bike ride of some sort.  Then, I changed my mind and started doing something more fun. 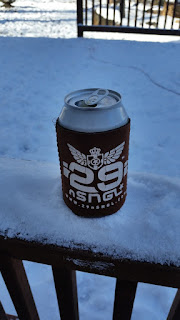 I saw lots of Faceposts from my friends that were out riding.  I wanted ot get in on that too, but I ended up spending most of the day watching the snow fall and playing with my dog.  I thought that would be my entire day until Lunchbox wanted to go "exploring" with me.

I couldn't turn down an opportunity to hang out with my son, so off we went.

We have a little more land now, but by no means do we live out in the "country."  Still, there are some woods behind the house and, according the The Google, a creek.  We sloshed through the snow, down the hill, and found it. 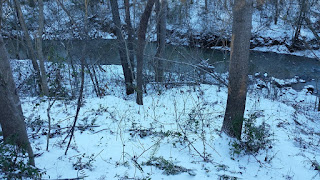 We've been in the new house for over three months, but this is the first time any of us have been back there.  It was beautiful. 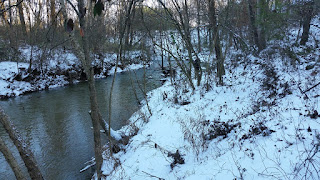 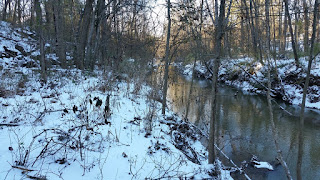 Lunchbox definitely enjoyed it too. 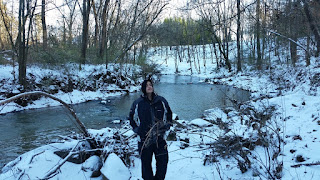 The snow finally stopped falling sometime in the afternoon.  Even though we didn't get what was predicted, we had plenty.  In fact, three days later it's still there.  I didn't end up riding my bike at all, but hanging out with my family in the woods playing in the snow was still just as fun.

I even took an opportunity to get my Star Wars on with the temporary scenery too. 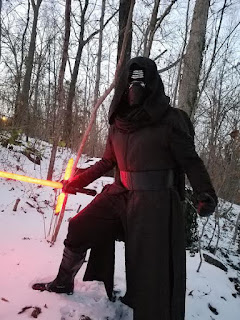 So yeah, I'm blogging again.  And it doesn't always have to be about bikes.  I got outside to enjoy "outside", and I had a good time.  I'm enjoying life.

Because that's what you're supposed to do.