With the rain we had (it's dry now thankfully), I only got out on a bike once over the weekend.  I still had shit to do though, rather I came up with some shit to do.  Same same.

Remember when I replaced my drooper post?  Well, all of a sudden I haz spare now. 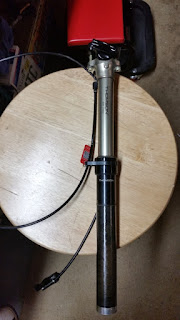 I decided to do something sorta odd, but something that's been done before.  I grabbed my second favorite bike in the collection and realized that a drooper would be perfect on it. 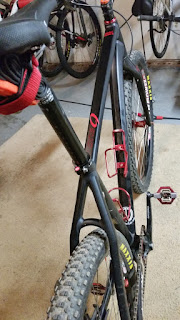 Since that post had been installed on The Executor, I didn't really have to do too much.  The cable/housing was already the correct length since it came off of an extra large frame.  I simply removed the old seatpost and slapped on my old dopper.  In a matter of minutes (or one beer for you regular readers), I was done. 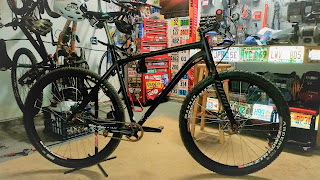 I know what you're thinking.  A drooper post on a fully rigid single speed?  Yeah.  Who gives a shit.  I like to droop, and I miss having that capability when I'm on a bike without a post that can do so.  My only concern was the weight though, since I've always been very proud of the fact that Darth Maul (my Niner One 9) weighed in at only 19 pounds.  That's pretty good for a bike that size I suppose.  I figured I wouldn't have that anymore, but for poops and ha-has I decided to weigh it anyway. 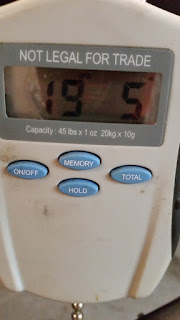 It only added half a pound.  More beer for me.

Having a drooper on two of my mountain bikes now is gonna be awesome.  Sure, that particular post has had a few issues, but a semi-problematic drooper is better than no drooper at all.  I can't put a crankbrothers highline drooper post on that bike because it no haz stealth routing, and since it's a fully rigid bike I won't be dropping as much anyway.

So, now my two primary mountain bicycles have drooper capability.  I am excite.  I guess there will be another one in my future though, because I still have one that is drooper-less. 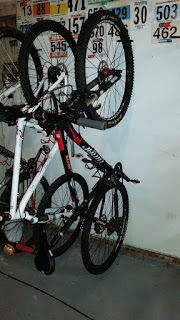 I guess I should get on the horn with crankbrothers.  I don't ride that one as much (since it has gears), but maybe I will if I can get all rad and shit with it too.

I don't get those kinds of feelz very often.