It Was A Good Day 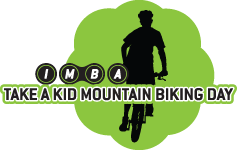 Since it took up a major part of my day on Saturday, it’s only right that I give a report on the annual IMBA Take A Kid Mountain Biking Day event we had here in Charlotte. Little Miss Sunshine, Lunchbox, and I headed down to Colonel Francis Beatty Park at the crack of dark to setup for the event. When we arrived, the folks from REI and Trip For Kids Charlotte were already on the scene. We wasted no time setting up our small amount of stuff: 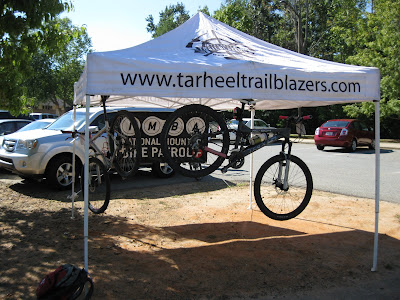 Yeah, that was it. I just wanted to do a little advertising for the Tarheel Trailblazers and the Dirt Divas, since both clubs were involved in the event. After setting up, the kids started showing up. At around 9:00 a.m., everyone gathered around for the pre-ride announcements: 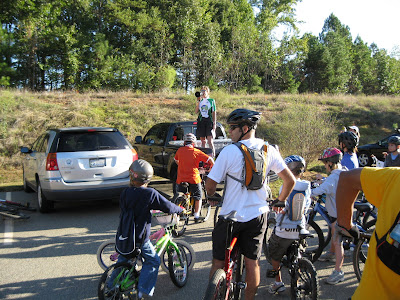 As you can see, we had a huge turnout: 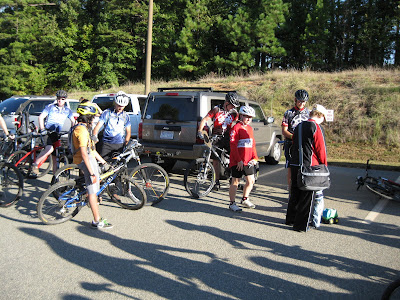 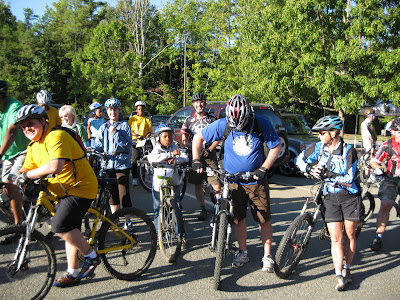 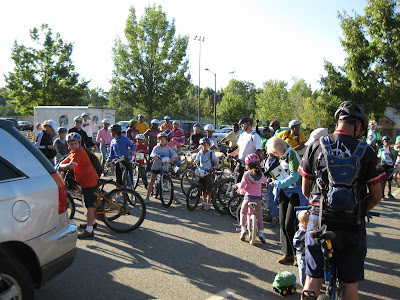 We slip up into three groups, each one taking on different levels of difficulty on the trail. The first group to leave would do everything, including the “black diamond” sections of the trail (this was obviously the most advanced group.) The second group (intermediate), took on everything except the aforementioned black diamond stuff. Little Miss Sunshine would chaperone this group as a Bike Patroller. The last group to go was the beginner group, and they took on only the “green”, or easy trails. Lunchbox was the ride leader for this group.


A few minutes after the announcements were completed, everyone departed for the trail. I took off after the last group, sweeping the trail for all groups. I ran into several groups along the way, and got some pretty cool photos of the kids having fun: 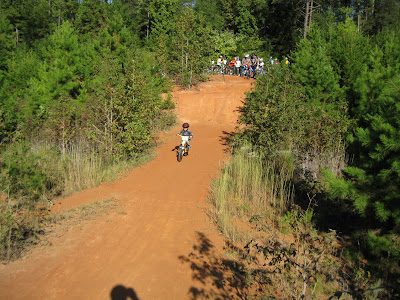 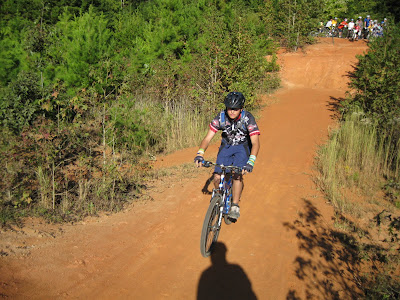 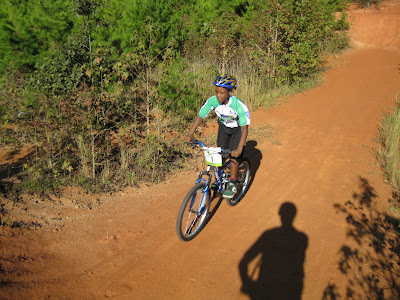 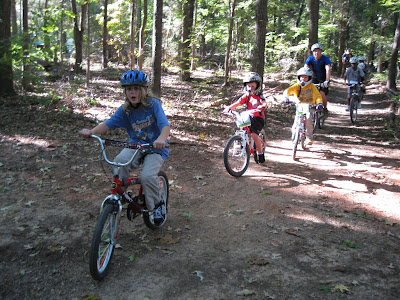 If that kid there looks familiar, it’s because you’ve seen him before. He’s the Junior Chili Man. 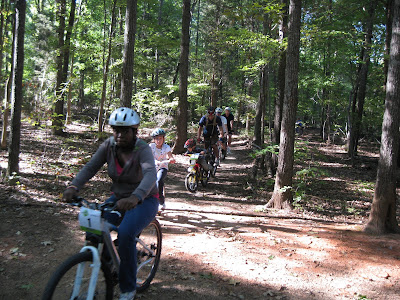 I was too busy riding and having fun with the youngins to take a whole lot of pictures on the trail. When everyone was finished, we all gathered around one of the pavilions at the park to enjoy some food, courtesy of REI: 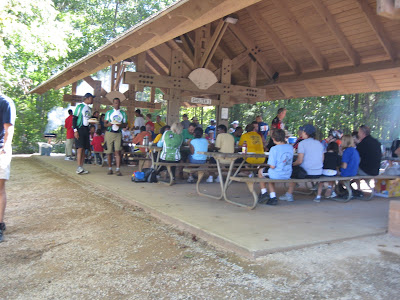 While we were eating, Paula from Trip For Kids Charlotte got up and thanked everyone for coming out, and she also thanked the volunteers for helping to put on great event. We had an awesome turnout for our second annual Take A Kid Mountain Biking Day. Everyone had a great time on the trail, and they all left with full bellies from the great food. I’m so happy that the event was a success. I’m already looking forward to next year.