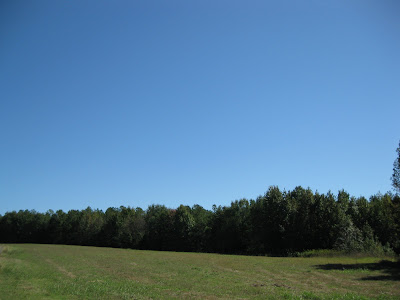 Oh yeah, I was still talking about the Tree Shaker 12 Hour Mountain Bike Race. When I left off yesterday I had just gone out for lap number two and I was feeling mighty fine. I guess I was kind of chasing Doug, since he had left about 10 minutes before I did. I wasn’t competing against him or anything, but it was fun sharing the pain of that rooty trail with someone else during each lap.


I took off with a quickness, and I entered the trail at full speed. Although my legs felt great after the first 9 miles, I knew I had to start saving some energy if I wanted to make it through the entire 12 hours. I paid no attention to that nonsense though, and kept a pretty fast pace. I stood up and hammered on the climbs and even pedaled my ass off on the downhill sections. A little voice inside my head kept telling me to slow down, but I never listen to those voices (especially during a race.) I never caught up with Doug though. Lap 2 was pretty uneventful, and after 18 miles I approached the pit area.


When I rolled around to our tent, I found Doug taking a break. He was still feeling pretty good too, so I told him that the next lap we can ride together. I was happy with the pace I was keeping, even though it could have hurt my chances of completing my goal of 8 laps. At this point it had warmed up a bit, so I had to get rid of that damned kilt. I was fun to ride in it, but it was starting to get in the way. Plus, it weighs about 5 pounds, so loosing that extra weight would probably be a good thing. After a refilling my water bottles and eating some food, we headed back out on the trail for number 3. All I could think about was the fact that I had done 18 miles, and I hadn’t made a very big dent in my total expected mileage for the day.


Lap 3 was really fun. Doug and I flew down the trail at his 6 hour pace even though I was leading. His goal for the 6 hour race was 5 laps, and I wondered if we were going fast enough. He didn’t seem worried at all, and kept riding along. Keep in mind that I had no idea how to ride for 12 hours, and I had also set (what I thought was) an unrealistic goal of 72 miles. The harder we rode that lap, the more I thought about how I was gonna crash and burn if I didn’t pull back a bit. We came in from lap 3 and I had to make a decision.


I sat down in the pit area and had a sandwich. I also drank some Ensure (yeah, the old people milkshake stuff) and plenty of Gatorade. I hadn’t taken a whiz since I woke up that morning, so I started to worry that I was getting a little dehydrated. It was only a little after high noon, so I was doing well time-wise. I wasn’t super tired, but I knew I would be before too long. I decided that I would take a little longer break this time, just to make sure that I could last the whole 12 hours. Doug took off on lap 4, and I stayed behind. He was on his own this time.


While I rested, I talked to Lunchbox for a while. I told him that he should grab his bike and get out on the trail. The race course was well marked, so he would have a good time out there riding. I told him to take his time and snap some photos while he was out there too. I finally took off for lap 4, with Bob Marley singing to me that everything was gonna be alright.


Lunchbox did get out on his bike for a while, and got a few photos. Not what I expected, but here they are: 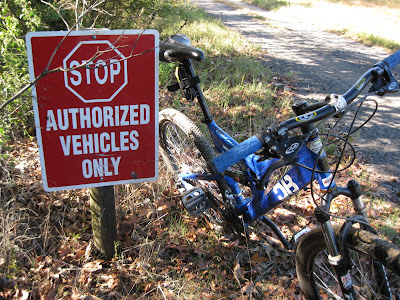 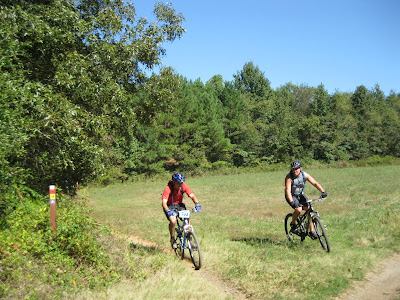 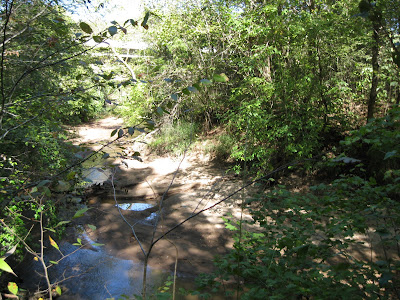 Here’s one of our racing pals, Josh, from the Skeleton Crew. 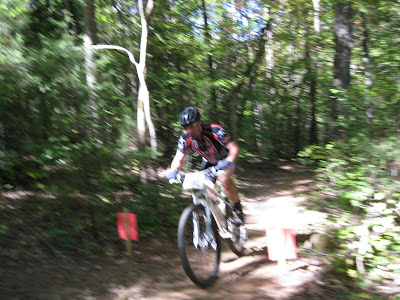 Lunchbox also got a shot of the MadSS, looking happy as a clam. He must have been on his 243rd lap by then. 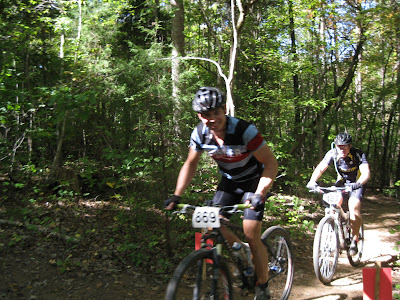 While Lunchbox was out taking photos, I was poking along on lap 4. I had slowed down my pace considerably, and that was fine with me. I still made it all the climbs, and plowed through the roots and rocks with reckless abandon. When lap four was finished, I had done 36 miles on a mountain bike. I felt good, and I was halfway to my goal.


I didn’t see Doug when I got back. He had taken off for his 5th lap, and I sat down and rested again. I was approaching the halfway point of the race (time-wise), and I started to rethink my ridiculously unattainable goal of 8 laps. I figured that I wasn’t gonna get any faster, so it didn’t look like I would have time to do 4 more laps at my turtle-like pace. At this point I had decided that 7 laps would be just as acceptable, so I made that my new goal. After taking in some more calories and fluids, I reluctantly headed out for lap 5.


Wait, was I giving up? I had never done that kind of distance on any two-wheeled human-powered device before, so I guess it really wasn’t giving up. I just stopped believing in my ability to tough it out on the bike for that many miles, and I became okay with the fact that I was now shooting for only 7 laps. Suddenly though, something happened. I started to get some new energy flowing through my body, and I stepped up the pace a bit. About halfway through lap 5, I starting saying to myself “Do or die!” Yeah, I talked to myself a lot during the race, but that’s nothing new. “Fire Woman” by The Cult came on the ol’ mp3 player, and I took off. Even if I had to get carried out of there when it was over, I was doing 8 laps. I started singing along with the music blaring from my headphones, and I didn’t give a shit who was listening. I climbed the long gravel road back the the pit area, and just like that I was done with lap 5.


With 45 miles logged so far, I knew I could keep going. There was no doubt in my mind anymore. I was surprised that I felt so good, but it was a welcome surprise. I bumped into Doug who had finished his 5th lap (his 6 hour goal) and congratulated him. I rested a bit and got ready for my final 3 laps. I’ve gone on long enough for today, so I’ll give y’all the exciting conclusion tomorrow. 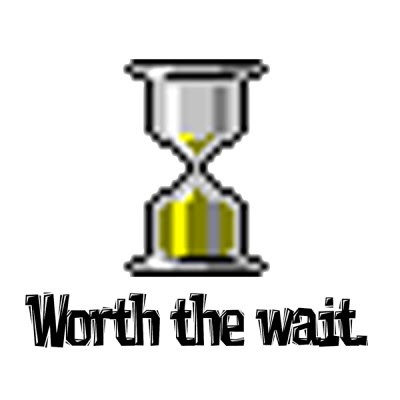 Email ThisBlogThis!Share to TwitterShare to FacebookShare to Pinterest
Labels: dragging it out, Tree Shaker, voices