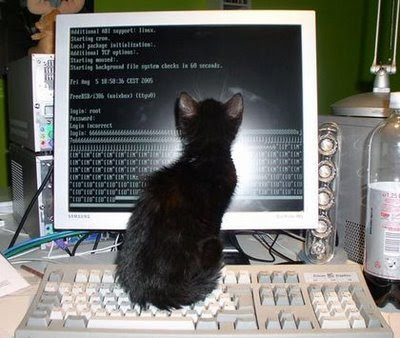 I know you’ve been waiting. It’s about time that I posted up on here about my 12 hours of suffering, better known as the Tree Shaker. If you paid attention to what I wrote on Friday, then you will see that I told you I was taking yesterday off (which means no blogging, smarty pants.) Even though I’ve had a few days to try to remember the details, it’s still a bit difficult since I was out of it most of the time. I will cut to the chase though. Since some of you probably cheated and went to the results page already, I guess I can tell you what I ended up with when I finished.


After riding all day, I finished with 8 total laps, which equaled around 72 miles (I think it was a tad bit over that actually.) I met my goal, which made me very happy, and I even got to ride at night (which was a big factor in my decision to race for 12 hours.) How did it go, you ask? Well, it was pretty fun. As I type this, I’m still a little sore, but I’ve felt worse after doing easier things than a 12 hour race. I have no idea why, but riding for 12 hours didn’t wear me out like I thought it would. I guess I’ll start my recap now.


Lunchbox and I left the B-43 Worldwide Headquarters pretty early on Saturday morning. Little Miss Sunshine was already on site at the Anne Springs Close Greenway, since she was helping with the event setup and such. Anyway, when we got there, I found my pit area, which had already been setup by the people we planned to share it with. The MadSS had secured us a prime location on pit row by striking a deal with another local racer. Basically the deal was that he would setup his tent, and we would help him occupy it. We couldn’t pass that one up. Once I unloaded all of my shit, the MadSS and I quickly checked to make sure that we had enough beer to last 12 hours: 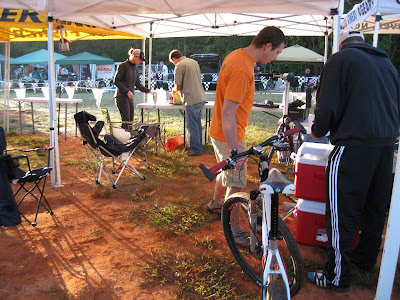 Since we got there with plenty of time to spare, I found myself chatting it up with some of the other racers. I wasn’t nervous at all, which was kind of weird for me. Usually any kind of race gives me the jitters, but I was pretty calm before the start of my first solo 12 hour race. What a difference a year makes, I guess. 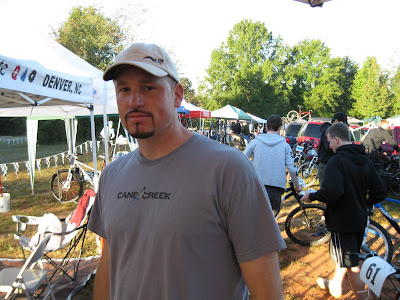 Cool as the other side of the pillow.


Yeah, it’s hard to believe that my first-ever endurance race was one year ago. Looking back, I see that it wasn’t such a big deal. Since I was part of a three man team, I sat around more than I rode my bike. I guess I must have gotten a little but better on the bike since then, or I just don’t give a shit these days. Either one is fine with me.


Before the race started, I had to make sure I had 12 hours worth of music for my magical ride through the woods. My mp3 player was loaded up and ready to go, and I secured it to my shorts so I wouldn’t lose it. The MadSS had music along for his ride too, but he took a different approach: 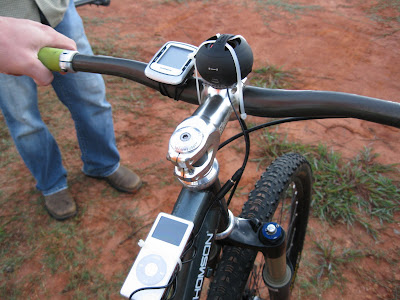 Anyway, after the pre-race meeting, it was time to head down the ol’ gravel road to start the race. Another member of our pit crew (Doug) and I were messing around with the bikes and almost didn’t get there in time. When we finally did, it was just in time to start the race. When I arrived at the start line, I got a lot of comments, strange looks, laughs, etc. Why? Well, because I decided to race in my kilt. When the race started, I rode off in my manly skirt much to the surprise of the many onlookers. Lunchbox was there to photograph the action as it unfolded: 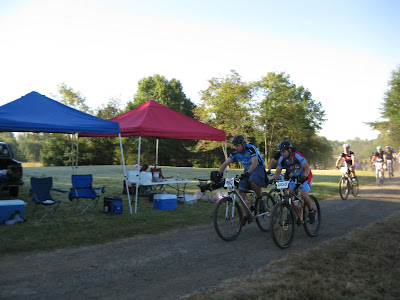 Yeah, I wore a man skirt, so what? No one else has the balls to wear such a thing in a mountain bike race, and I was out there to have a little fun. Besides, I'm dead sexy and you are not. In case you were wondering though, I did wear some regular bicycling shorts underneath. There’s no way I would risk hurting my goods in a crash, so I had to stay protected. No one wants road rash on their junk anyway, not even for the sake of a good blog post. That was the start of lap one.


Doug and I rode together for the first lap, but I was concerned that maybe my pace was a little too quick. He was doing the 6 hour version of the race, so I wasn’t sure if I could keep that kind of pace up for the entire event and survive until the end. Since the trail was packed with riders though, it wasn’t too bad. In fact, the first lap was pretty uneventful. I struggled to keep from going all out, and I resisted the urge to stand up and mash on the climbs. I had to survive 12 hours of this shit, so it would have been in my best interest to slow it down a bit. We kept chugging along though, and we made good time. I felt great, and I hoped that I could make it until the end.


After lap one was in the books, I told Doug that I was gonna take an extended break so I could pace myself. He took off for his next lap without me, while I sat back and ate some food. That was my strategy I guess, and I tried to stick to it. I wasn’t about to burn myself out in the beginning of a race for once. After seeing Doug take off though, I thought that I should get going too. I hopped back on my bike and headed out for lap two, in hopes that I could catch up to him. This could spell trouble for me, but I’m not really known for making great decisions during a race.


I’ll cut it off here I guess. You already know how I finished, so that’s not why I’m dragging this out. I figured that I would try to give you (and myself) an accurate recap of my 12 hours of suffering. As I try to tell the rest of the story, I can only hope that the details become clearer. After riding a mountain bike for 12 hours in a race, things can get a little fuzzy. Tune in tomorrow and we’ll see what else I can remember.
Posted by TheMutt at 8:11 AM

great stuff! the man skirt is quite smashing.

If you wear something under the kilt it becomes a skirt. Just saying.
Chad

I'm okay with that. I'm still manly enough even if I wear a skirt. Besides, no one needs to see a crotch shot during a race.