Some Time Away From The Bike

While it is indeed the “offseason”, I’ve still been trying to get in as many miles as possible on the bike before winter shows up and the weather turns to shit. Saturday was an exception though, as the family and I headed to the mountains without our trusty two-wheeled conveyances. We decided a little hiking was in order, so we took off for Chimney Rock State Park near Lake Lure, NC. 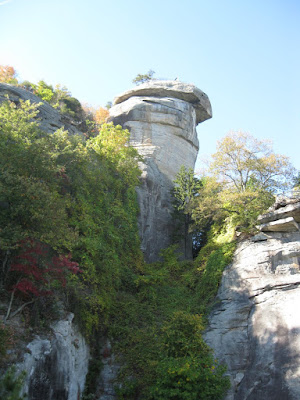 Just like every other tourist that heads to the mountains this time of year, we were hoping to see the beautiful fall colors while we enjoyed a nice walk in the woods. I have to admit though; it felt odd to be on a trail without my bicycle. Little Miss Sunshine and Lunchbox agreed. 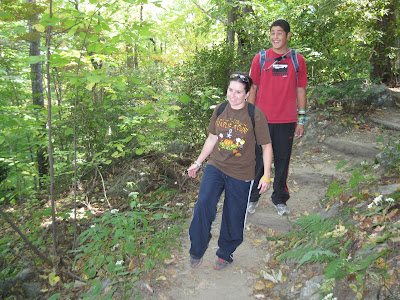 Since most of my readers prefer photos to actual “words” on this here blog, I’ll pack this one full of pictures for your enjoyment. Here goes: 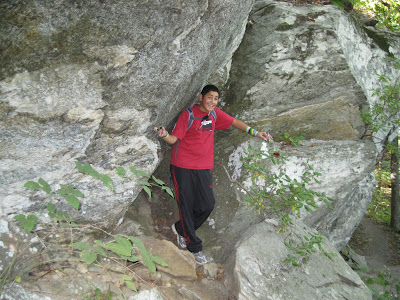 We hiked to the top of the mountain (at least as close to the top as we could) and enjoyed the view: 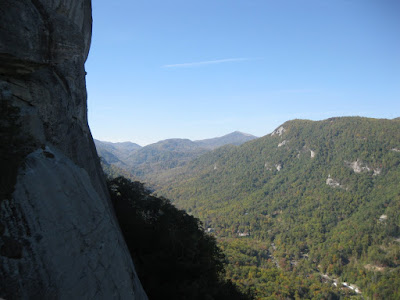 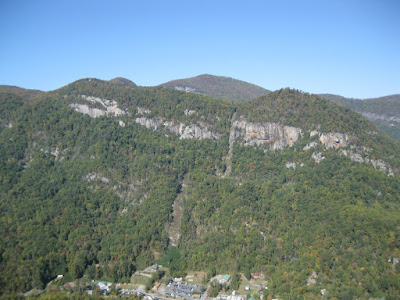 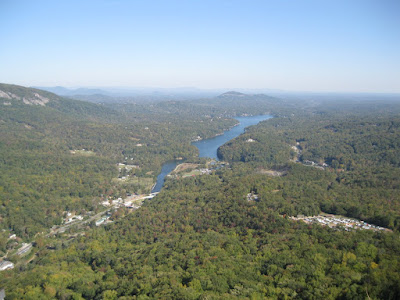 Here are Little Miss Sunshine and Lunchbox taking a break while enjoying the view: 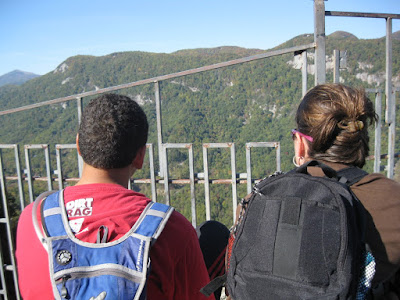 We saw a few odd things up there, including this dude that thought winter was already here: 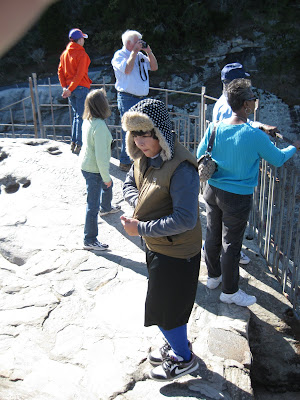 Okay, now back to the scenery: 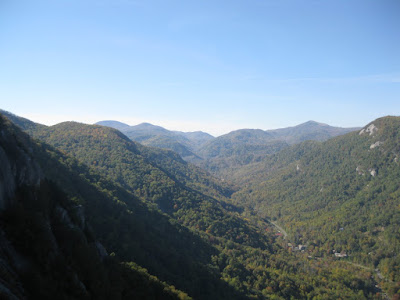 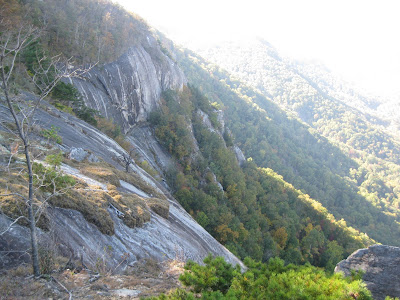 It’s been a while since our last visit to the park, and some things had changed. We used to be able to hike to the top of the falls there, but we discovered that the trail was closed: 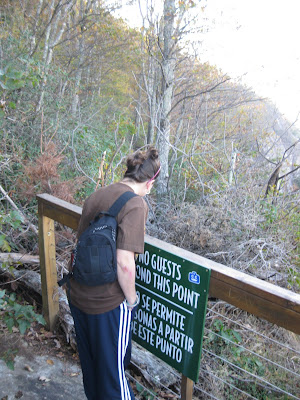 That sucks. A while back, the park was actually privately owned. When the state of North Carolina took it over, they decided that some of the trails weren’t safe enough, so they have been “temporarily” closed. The one to the top of the falls was one of the main reasons we like hiking there (less people), and now we weren’t able to enjoy it. There’s talk that it could open back up in a few years, but we’ll probably not return until that happens. The magic is gone from Chimney Rock for us. Now it’s just a bunch of “stairs” everywhere: 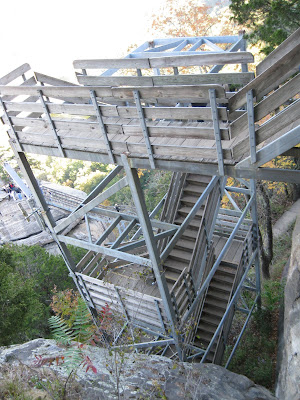 There were still some cool views, including a nice rock in the shape of a devil’s head: 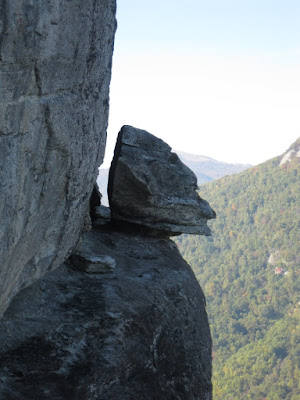 Here’s the “chimney” from another vantage point: 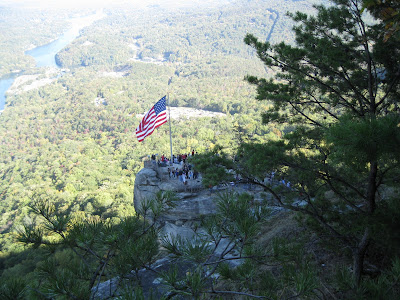 Since we couldn’t hike to the top of the falls, we had to settle for the bottom. With the drought conditions we’ve experienced here this summer, the falls were not as full of water as they usually are: 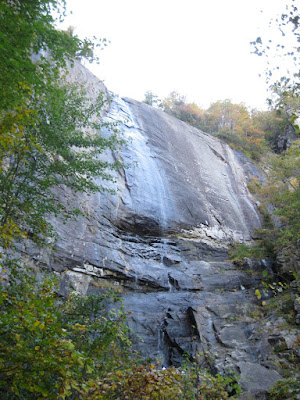 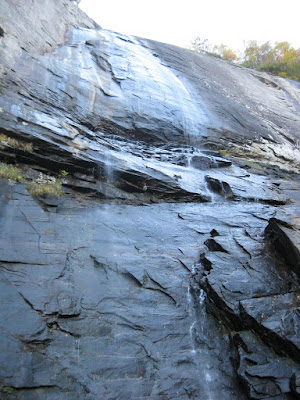 Lunchbox found a cave and took a break: 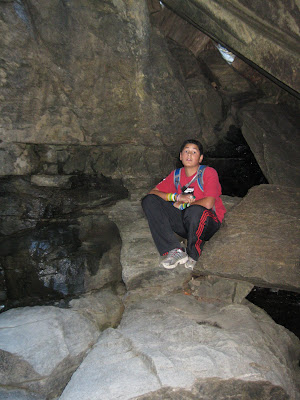 Little Miss Sunshine posed for a photo op too: 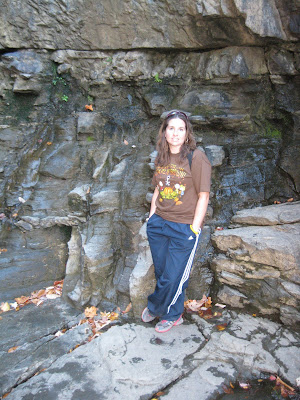 I had to prove that I was there I guess: 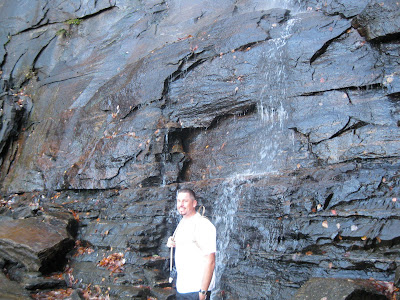 Oh yeah, we did see some fall colors: 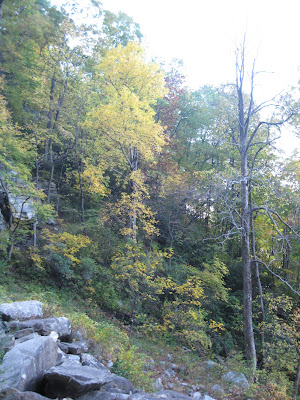 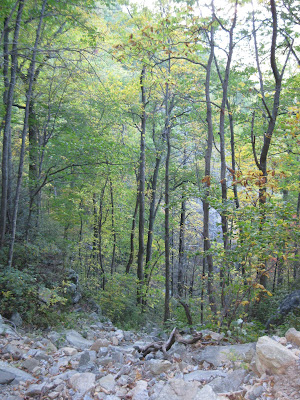 This sign was on the trail that we hiked to get back down the mountain: 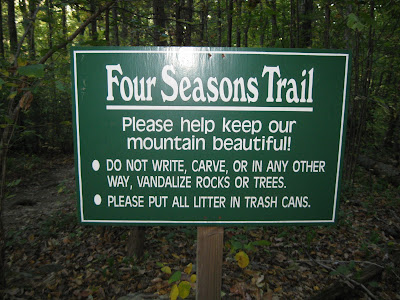 Yeah, it’s sad that you have to tell people not to vandalize nature, huh?

When we finished, we had dinner at a local Italian restaurant with a nice view of the state park: 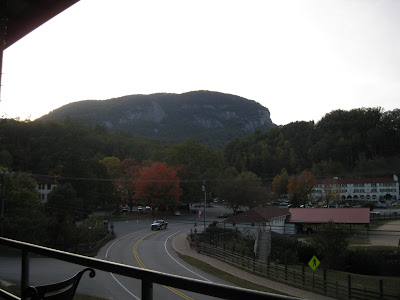 It’s not as exciting as a bike ride in the mountains (at least for you to read about anyway), but we enjoyed it. It was nice to get away from the city for a bit. We did a ton of hiking, so at least I’m not sitting on my ass in the offseason. I did get back on the bike over the weekend, but I’ll save that for another time.
Posted by TheMutt at 8:46 AM