We Had A Little Fun

Saturday was a “family fun day” on the bikes. Originally we were supposed to head out to the DuPont State Forest for a little mountain fun, but the weather forecast looked a little cold up in them thar hills. We decided instead to go over to Poplar Tent for a little local action. It was another beautiful fall day, and we were ready to take advantage of it. We even saw a cool creature at the trailhead: 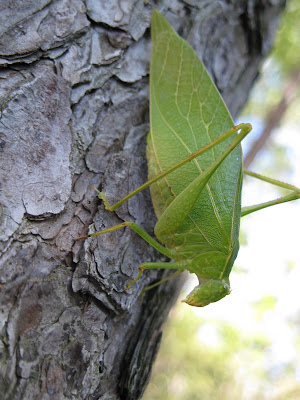 It’s a katydid, by the way.

It was a nice, easy-paced ride. We skipped a few of the optional trails, and did just enough of the trail to have fun. Little Miss Sunshine hasn’t been there in a few years, but you wouldn’t know that by the amount of fun she was having: 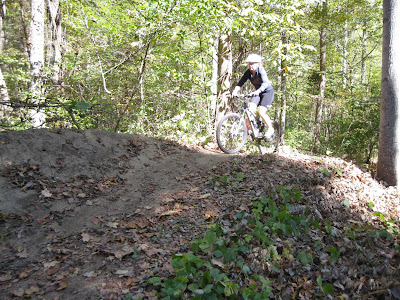 We rode a lot of the trail, but we were really there for some of the cool features. We came up on a nice little ladder thingy, and we were all ready to ride it. Little Miss Sunshine went first: 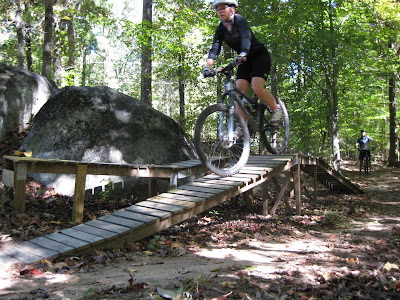 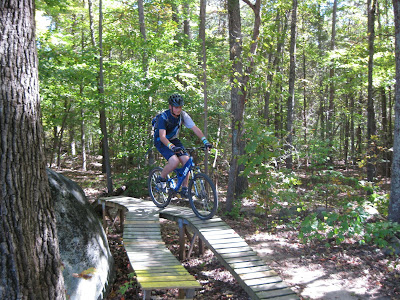 It was time for my favorite feature out there, the teeter totter. Little Miss Sunshine had never done this before, so Lunchbox and I spotted her to get her comfortable on it. After several successful attempts, she was ready for me to photograph her: 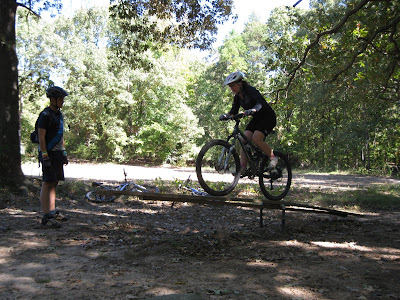 Lunchbox was next. He’s ridden this before, although it’s been a while. He took to it like a duck to water: 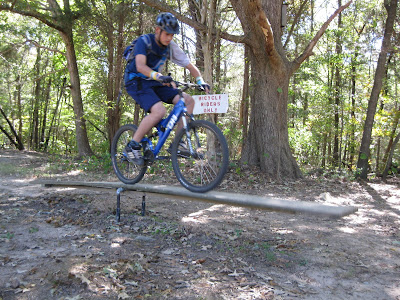 I had to go next. I love riding the seesaw, so I played around on it several times. Here is one of them: 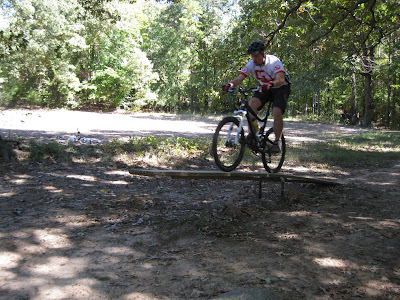 After playing around for a bit, Little Miss Sunshine decided to try to get creative with the photography skills. She risked her life and crawled under the teeter to get into position for some great shots: 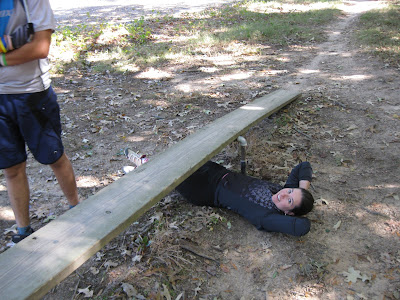 After a few death-defying passes, she got a couple of good shot of Lunchbox and I: 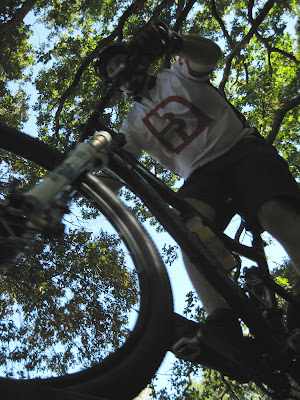 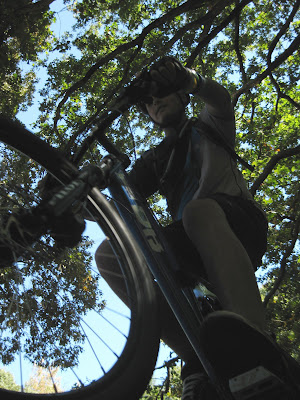 She didn’t get squished either. In fact, she was laughing the whole time. It was fun, but we had to move on. After riding the trail a bit, I found another fun structure to play with: 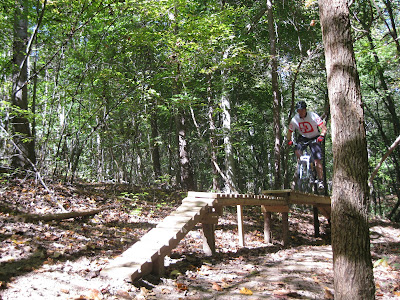 Next up was the famous (well, famous to us locals anyway) Gravity Cavity. After a little convincing, I got Lunchbox to give it a whirl: 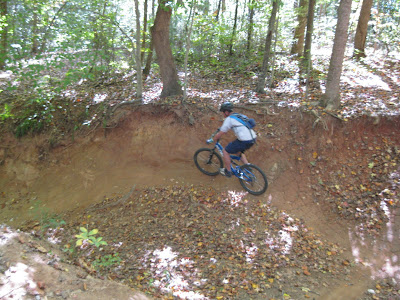 Little Miss Sunshine was ready to try it too. I explained to her how easy it was and what she needed to do and she was ready to go. I went down to the bottom in hopes that I would catch a good snapshot. Off she went: 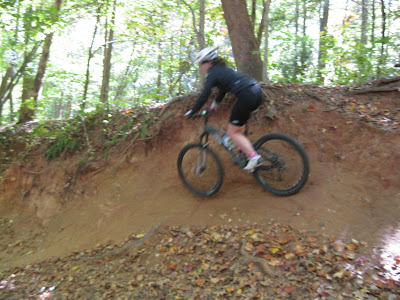 Yeah, it doesn’t look quite right, does it? She took the wall a little too high, tried to correct it, and slid down the side. After untangling her from the bike I checked to make sure she was okay (after checking her bike first.) She got a little scraped up, but that didn’t stop her from riding the rest of the trail. It hurt a lot, but she toughed it out. The next day it looked like this: 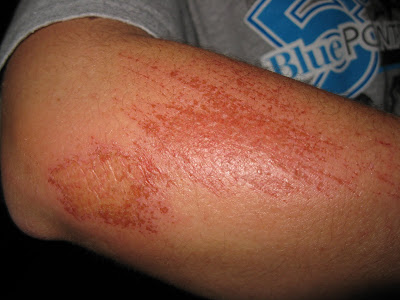 A fun day of riding for sure, with only one minor injury. I like the fact that she gets right back up and rides after a crash. Everybody crashes at one time or another, so don’t laugh because you could be next. A lot of people won’t get right back up and ride right after falling down, so that just shows how tough she is. I think she really enjoyed riding Poplar Tent, so I bet that we’ll be heading back out that way really soon. I know I will be, especially since I’m in need of another night ride. Stay tuned.
Posted by TheMutt at 6:41 AM