The time has finally come to get a new mechanic here at the B-43 Worldwide Headquarters. I’ve been auditioning several potential candidates lately, and it’s been tough. Well, it’s only been tough because I don’t really have it in my budget to pay for good help, and you all know that you get what you pay for. My search hit several roadblocks along the way, but now I’ve found a good mechanic. If you recall, back at the Tree Shaker I had no mechanical issues at all. I had one of my candidates doing some wrenching for me on a trial basis, and he passed the test with flying colors. Who is this mystery candidate? Well, I’ll show you his photo to see if you recognize him: 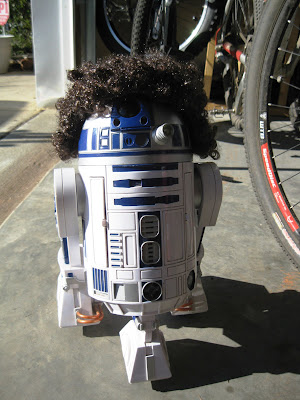 Yes, that’s R2-D2, although he might look a little different than you may remember from all those Star Wars movies. He’s grown his hair out quite a bit, and enjoying life after Star Wars. He’s worked in a few movies since then, lending his acting talent to the latest round of Family Guy Star Wars Movies. Here’s a picture from one of those: 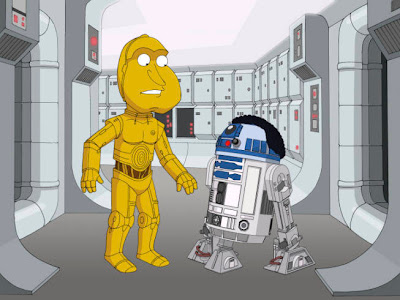 So, since his acting career is obviously in the toilet, I got him on the cheap. You should all know by now that cheap is right up my alley, so I hired him on the spot. Although he’s just an actor, he’s “acted” as a mechanic in those Star Wars movies. I figured that what he did in those movies was real, so that makes him qualified. As an ex-Hollywood type, he does get a little mouthy sometimes though. I have to remind him occasionally not to get technical with me, and to perform his job duties like he promised he would. His first official act in the B-43 shop? He brought me a nice, cold, frosty beverage: 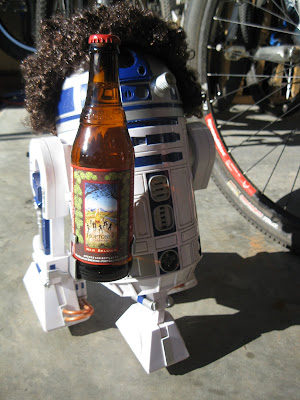 Now it was time for him to get to work. I had a project for him to do, so I grabbed my beer from his robot claw hand thingy and sat back to enjoy the show. I had just returned from riding one of our local trails, and I was tired. On the way back from that ride though, I stopped and picked up some new parts for our bikes. I got a nice deal on a set of wheels for Little Miss Sunshine’s bike, so it was time to get them installed. With R2-D2 doing all the work, that left me plenty of time to take photos: 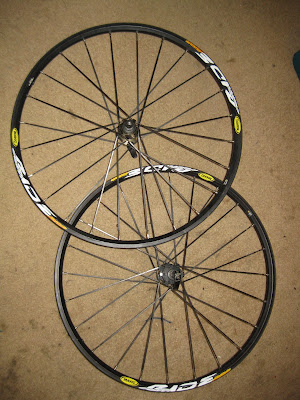 She was in desperate need for some new wheels. When I first built up her bike, I used some new parts, and some spare shit I had lying around. Wheels were in short supply, so I had to go with a set of no-name jobbies. I finally got a chance to upgrade her bike with a decent set of wheels, and she would be very happy about that. As R2 got everything ready, I took a “before” shot of her bike: 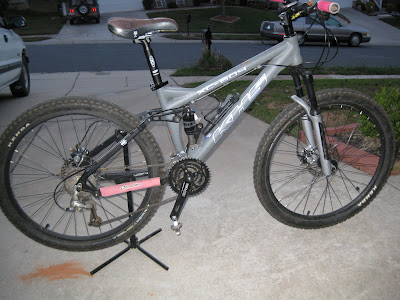 As I sat back and enjoyed my beer, that little R2 unit got to work. He removed the wheels from Little Miss Sunshine’s bike, and started removing the tires, tubes, and rotors. He ran into a little problem when he dug into my toolbox though. The mounting screws for the rotors were “star” shaped, and I only had a “hex.” 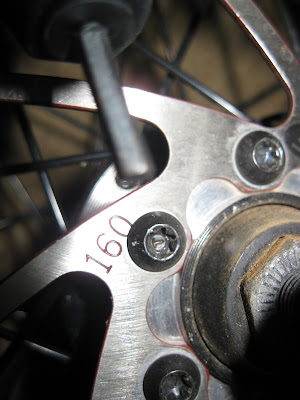 This is where the benefit of having an astromech droid comes in. He opened up one of his many trap doors, and found the right tool for the job: 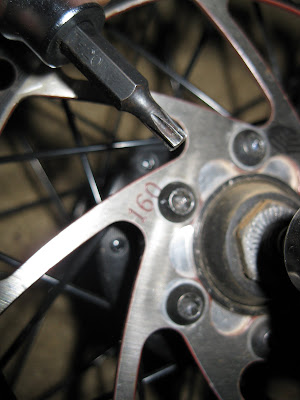 And to think, I figured he was only good for fetching me a beer.

Anyway, he finally got the old parts removed from the old wheels and onto the new ones. He installed her tires and tubes, and started airing up the front wheel. I was watching while gulping down my beer, and I saw something rather strange. Part of the tire bead had popped loose, and the tube started coming out like a big anaconda. I said, “Hold on R2, that thing’s gonna blow!” As he turned his head around to fuss at me, the tube exploded with a bang. 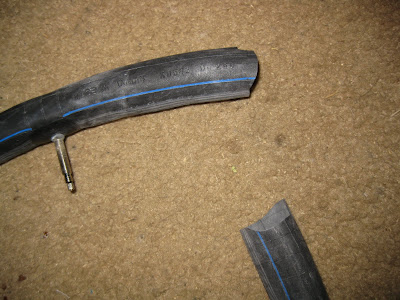 I didn’t have any spare tubes in the shop, so I had to do a little digging. I found one stuffed in my Awesome Strap from my small, squishy bike so I grabbed it. Once the new tube was installed (properly this time), R2 aired it up and everything was good to go. 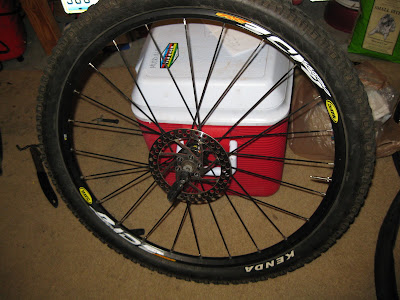 The procedure was the same for the rear wheel, minus the anaconda-like exploding tube action. R2 installed the wheels on her bike and told me to take it for a test ride. First though, I had to take the “after” photo. 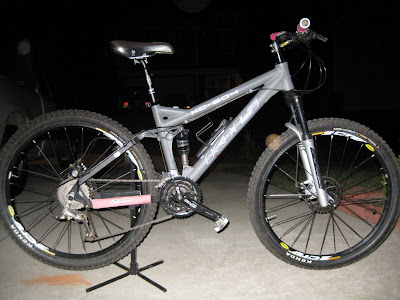 During the short test ride, R2 started beeping at me. He notice that something on the bike “was not quite right” (translated from droid-speak) and that I should let him look at it. He noticed that the cranks were a little loose, so he quickly took care of it: 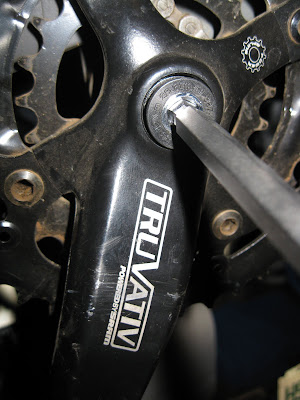 Sure, I was impressed at his keen eye for detail, but I wanted another beer. Instead of thanking him, I told him to grab me another one. “This time though, pour it in a glass. I’m a beer snob and I don’t like drinking out of bottle.” He quickly returned with another yummy beverage: 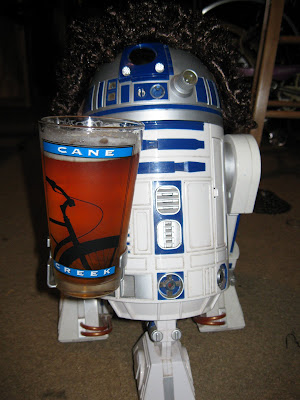 You see, R2-D2 even knows how to promote sponsors.

I guess this whole having my very own astro droid as a mechanic thing just might work out around here. I don’t have to pay him a damn thing, and if he gets sassy I’ll just deactivate his ass. I plan on keeping him plenty busy over the next few weeks too. I have some parts coming in for the various bikes we have around here so I’ll get to work the shit outta the little guy. All while I just sit back and relax with a beer. I could get used to this. Hopefully Obi-Wan Kenobi doesn’t come around looking for his droid though. I don’t think he exists anymore, but you never know. 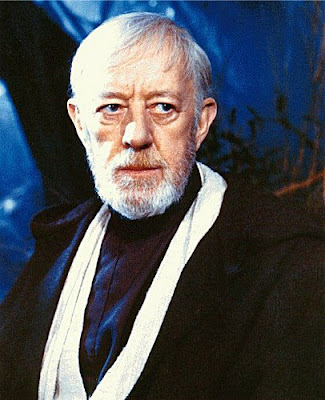 I love the hair on your R2 unit. Will you hire him out on the side?