Okay, I’ll Give In 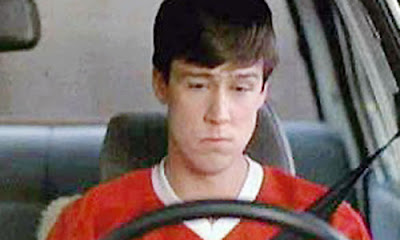 Here it is. I’ve made my decision (for real this time.) No stupid photos or videos to distract you, and no more dragging it out. Are you ready? Good. Drum roll please… 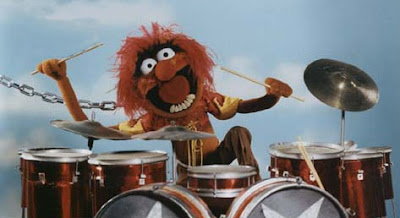 I’ve decided to do the 12 hour version of the Tree Shaker, but I’m sure you think you already knew that. This will be my first solo 12 hour race, and it could possibly end up being the furthest I have ever ridden on a bicycle. I set a goal (albeit not a lofty one) of 8 total laps on the 9 mile course, which puts me at 72 miles (I are smart with math and junk.) Can I do it? How the hell should I know? That’s not why I’m doing it. Wait, that’s exactly why I am doing it…because I don’t think I can.


I’m pretty sure I’m ready. My bike is in prime working order, and just in case I will be bringing along a backup (I told you that though.) My light setup works well, and I will have a cooler full of food, water, and beer (probably mostly beer.) My body might not be so ready though. The fact that I will be pedaling for 12 hours will be hard on my leg muscles and every other muscle in my body by the time I’m through. I still have a few nagging injuries that could hinder my progress though.


My knee is still bugging me quite a bit, which was the main reason that I didn’t race in the River’s Edge Mountain Bike Marathon a few months ago. In fact, I think it may be getting worse. When I squat down, my knee makes a sound kind of like a bag of potato chips. Sure it hurts like hell, but the sound has me worried the most. I’ve been wearing my knee brace all week to help the healing process, so hopefully I’ll be able to make it through 12 hours of knee torture. I have a feeling that I may be taking a trip to the doctor when this shit is over.

I have two other minor injuries which I suffered during my “training.” My shoulder hurts like hell from my crash at the U.S. National Whitewater Center a few weeks ago. That shouldn’t affect my riding unless I fall on that exact same spot again though. I don’t plan on crashing, but who does?


My left wrist has also been an issue. I tried to brace myself during one of my not so spectacular crashes, and I ended up with what I think was a mild sprain. It only bothers me when I ride for a while, so it looks like I’ll be fighting this during the 12 hour “race.” A couple of beers in between laps should help ease the pain though.


Speaking of beer, there will be plenty on hand. The MadSS informed me that he’ll be bringing some frosty brew, and I plan on bringing quite a bit as well. We’ll be sharing a pit area, so maybe we can sit a spell and enjoy a few cold ones between laps. It could turn into an all day beer fest though: 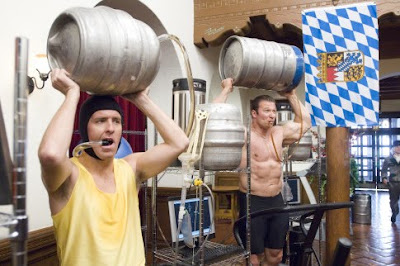 The only thing I haven’t really thought of yet is my “race” strategy. I guess I’ll just go until I can’t go anymore and see what happens. I guess I should take it slow, and hope that I consume enough calories to carry me through the day. The race starts at 9:00 a.m., and I will be riding until either 9:00 p.m. or I pass out somewhere on the trail. The MadSS mentioned something about buzzards following us, so I should have nothing to worry about. Maybe “buzzard” is a code word for the SAG wagon. That means I’ll get a nice ride back to the start/finish line if I can’t continue.


I guess that’s it. Tomorrow morning I’ll be heading down to Anne Springs Close Greenway bright and early. This is the last race of the season, so I’m trying to go out with a bang, so to speak. Lunchbox will be on site, so hopefully he’ll get some good photos of me making an ass out of myself on the race course. If I survive, then I’ll be back here next week to tell you all about it. I’m taking Monday off, so I guess you’ll have to wait until Tuesday. If I don’t survive, then I guess I won’t be back here at all. I guess that will be good for y’all either way.
Posted by TheMutt at 8:44 AM

Good luck to you and MadSS. Tell Lunchbox to keep your phone on him, Ill be trying to live through you through him via this "Text message" thing that was recently invented.

Good luck and safe travels, Mutt! we'll not be thinking of you at Disney but we'll tell you different when we get home and ask how you did!