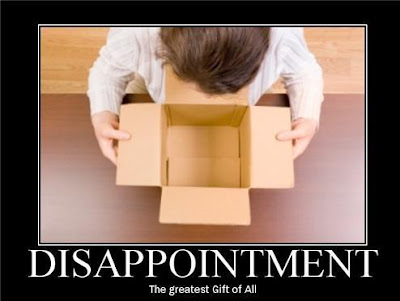 Yup, that’s what I'm feeling right now. I’m waiting for some new shit to roll into the B-43 compound, but nothing has arrived yet. I’ve heard that things are on the way via various shipping means, but as of yet I am left empty-handed. In the meantime though, I decided that I would keep my new little helper plenty busy until I get some stuff delivered here. First, I had R2 install my new 11-34 cassette that I showed you yesterday: 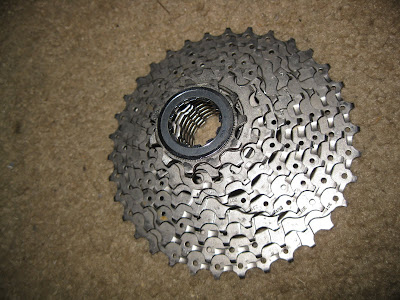 After installing it, I asked R2-D2 to adjust my gears. He has to earn his keep around here, so I put his little metal ass to work: 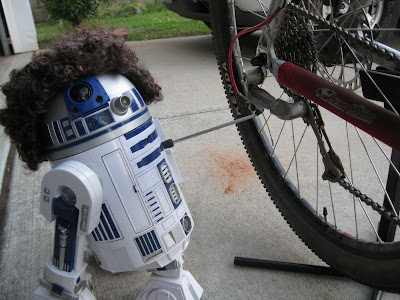 It didn’t take him long, probably because he is used to pretending to work on large spaceships and the like. I wasn’t satisfied with the amount of work I was getting out of him, so I had him grab the shock pump to check the air in my suspension components: 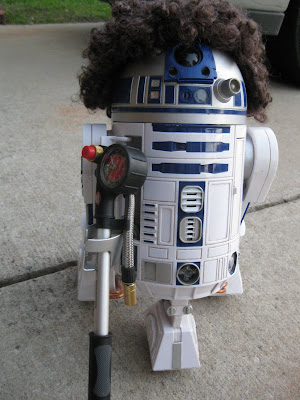 Yeah, that’s real exciting, huh? Actually, it only got worse from here. I guess the little fella got tired of me bossing him around, and he started getting a little sassy. I don’t think the work bothered him so much as the fact that I kept interrupting him to ask for more beer: 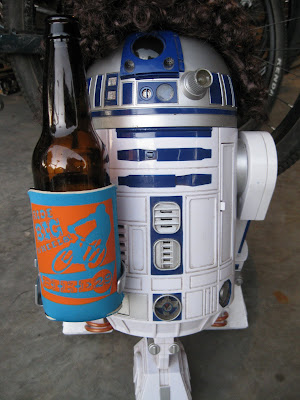 Thanks again to Bike29 for the beer koozie, by the way.


After finishing that particular beverage, I asked him for one more. I decided I would run the video camera this time to show you folks at home what a neat little droid he is. I think I picked the wrong time to film him though:

Yep, fail indeed. The little bastard must have been tired of the questions or something, because he just threw the damn beer at my feet. Maybe I’ll take him down to Anchorhead to have his memory erased.


An entire post devoted to my new mechanic? Yup. I figured that you folks would like to get to know him a bit better. I’m starting to think I should let one of my cats take over the mechanic duties. It might cut down on the headache factor around here.


As for upcoming events, there are none right now. I’m holding out hope that some of my new shit comes in today or tomorrow so I can have something to talk about. I’ll get out on the bike for sure this weekend, but I haven’t decided where. I think I’ll just grab the skateboard after work today and forget about this whole “sassy mechanic issue.” Maybe I should just see if C-3P0 is available to work for me. I’m sure I could keep him busy and he wouldn’t mind. 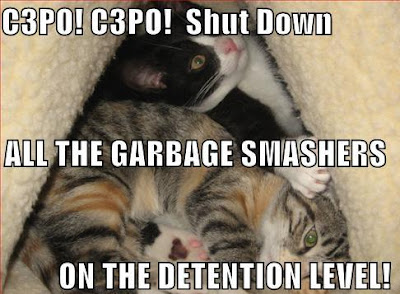