Good For My Soul 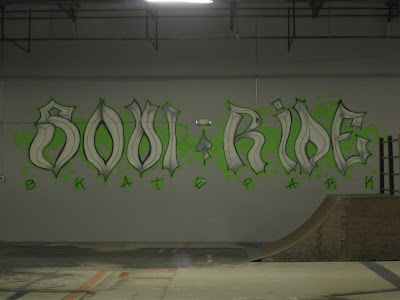 Yep, it’s all about skateboarding today. Don’t say you haven’t been warned, ‘cause it’s right up there in the blog header. Well, the “nonsensical crap” thing pretty much means I can talk about whatever I want anyway. So yeah, in addition to mountain biking, I am also a skateboarder. I’ve been doing it for something like twenty five years or so, but I’m nowhere near as serious as I used to be.


Sunday I took Lunchbox and Junior Chili to Soul Ride Skatepark, since they just reopened. They moved to a bigger and better location, so I was eager to check it out. It was really nice of the kids to let the old creepy skater guy hang out with them too. Lunchbox made sure to drink plenty of fluids so he could keep up with me. 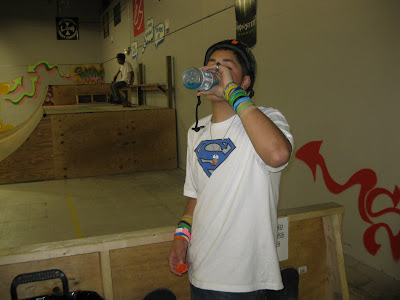 That place is so rad. Yeah, I said rad. Gnarly, bitchin’, whatever. I started back in the 80’s so I can still say that stuff. Hell, I have scars from skateboarding that are older than most of the kids out there these days. I don’t do all the stuff I used to do, but I can still hold my own. 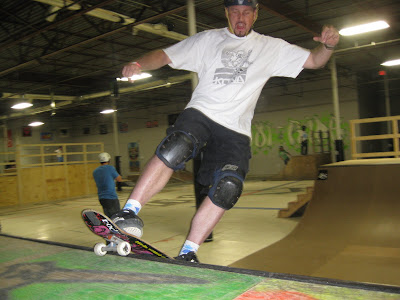 The flash scared me I think.


My favorite thing to skate these days is the mini ramp (a smaller version of a half pipe for those of you that don’t know.) I don’t so all of those crazy handrail slides, 43 stair drops, and other dangerous shit, but I have fun nonetheless. 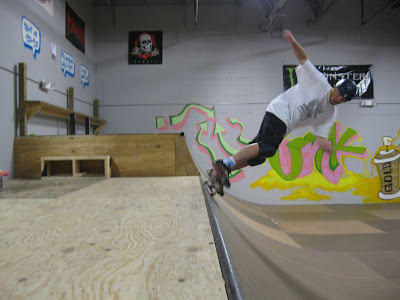 Lunchbox loves that mini ramp (as well as everything else there.) 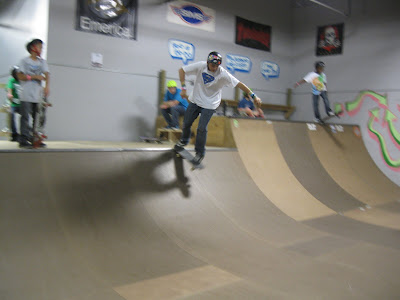 Even though he’s frequently confused for a girl, Junior Chili rolled through the park with his long hippy hair floating in the wind. He didn’t have a care in the world. 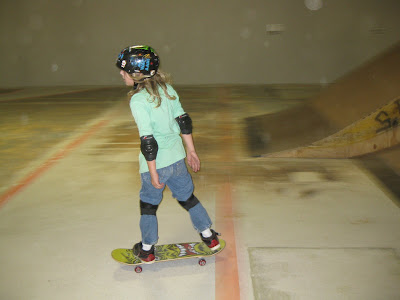 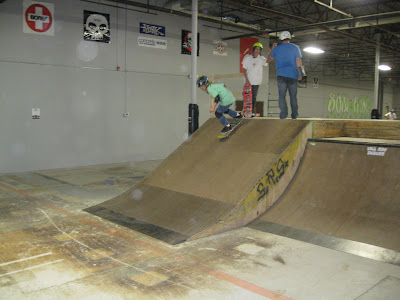 He rocks the mini ramp too. 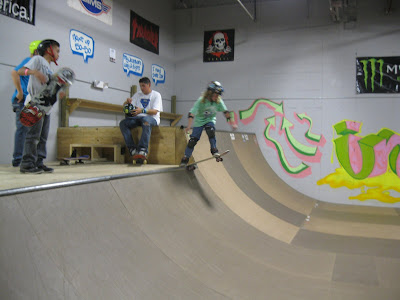 He currently rides for his dad’s company, Skate Twerp. If you have a skater 12 or under, then check it out. The Chili Man will be glad you stopped by. He would appreciate it if you bought something, that way he can quit slinging wieners for a living. Yuck.


It’s nice to get out and skate once in a while. I still enjoy it as much as I did when I was a kid. I’m still all about the bikes though, so come back tomorrow to see if I talk about all things mountain biking. I’ll have plenty of time to make up something.
Posted by TheMutt at 7:01 AM