Not As Difficult As I Thought 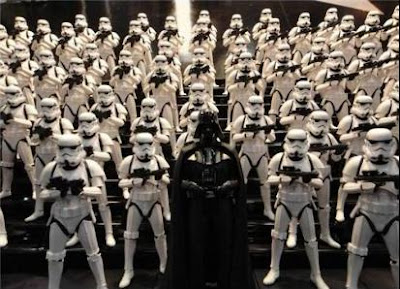 We were nearing the end of the Grind On The Greenway, and I was feeling good. It was probably because I was sitting on my ass half of the time, but whatever. In fact, every time I saw the MadSS come through the start/finish line, I was kicked back eating and drinking. I’m sure he got a chuckle out of that. At least I didn’t bust open the beer until the end of the race I guess. I worked hard when I was out there, so I got to relax a bit when Little Miss Sunshine was doing all the work. It’s not like I was wrestling alligators out there on the trail or anything. 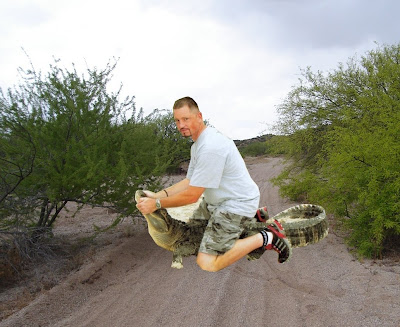 Before you ask, yes, that is a real alligator. I only photochopped the location to fit my ramblings. Anyway, after I came in from my lap, Little Miss Sunshine went back out (that’s how it works in a duo, you know.) She was feeling much better, and probably pretty excited that the trail was in better shape. I plopped down in my chair and drank some fluids, and ate my pic-a-nic lunch. Much faster this time, Little Miss Sunshine completed her lap. I was ready to go out for one more, but that would be the last one. I wouldn’t get back in time to make the “last lap” cutoff, so the plan was to take it easy and enjoy the extra miles.


The Dirty Party Cycle had come in from his third lap while I was waiting for the wife, and I told him if he was ready that he could ride with me. By the time I got ready to head back out, he was right on my wheel. We would finish this race together, and hopefully under six hours.


I took off as fast as I could down the gravel road to the singletrack, but I had left my pal the DPC. I slowed down a bit and apologized, and promised to keep a more “controlled” pace. We shot the shit along the way, and most of the time I had forgotten that we were racing. Well, that is until some of my super fast biker pals came flying by with about two miles to go. I picked up the pace, and told the DPC to come along. I told him that we could easily finish under six hours, but we’d have to push it a little. In my haste, I actually left him and didn’t realize it. Later he said he didn’t mind, but I still felt like an ass.


As I made my approach to the finish line, I mashed up the last climb. It was over. The DPC came in only a few minutes behind me, and we were both under six hours. Awesome. He completed his goal of four laps, and he didn’t look like he felt too bad about it. As for me and the wife, we got in a total of five laps in under six hours. It was good enough for fifth place. She did really well for her first ever endurance race, and I think she may have been bitten by the bug. In fact, she’s already planning on another one in the near future. I’ll bring that one up another time.


We had fun afterwards at the awards ceremony. Although we didn’t win anything, it didn’t matter. I was so proud of the wife for getting out there and riding her bike, so she’s a winner in my book. Even my racing pals would agree. 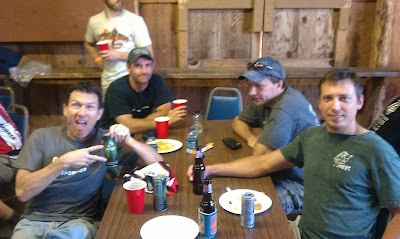 Starting left going clockwise, Eric, Rod, Terry, and the MadSS. Told y’all I’d make you famous on the Internets. Now you can just stand by and wait for the money to come rolling in. See ya tomorrow.
Posted by TheMutt at 8:02 AM

Email ThisBlogThis!Share to TwitterShare to FacebookShare to Pinterest
Labels: famous on the Internets, Gators, Grind On The Greenway