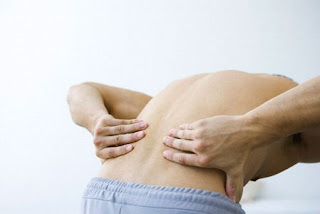 That’s not me, but that’s what I’m going through right now.  As you may remember, almost two weeks ago I hurt my back at the beginning of a race.  Things haven’t gotten any better.  In fact, at one point during this week I was much, much worse.

I’ve been stretching, applying heat/ice, and generally trying to take it easy, but to no avail.  I’ve even cut back on the riding a bit too.  It’s not even halfway through the season and I’m all tore up like a trailer park after a tornado.

This weekend though, it’s time for me to get back to racing.  Even though I’m not really in any kind of condition to race, I can’t really miss this one.  I mean, it’s pretty much in my backyard.

Up next is the 2012 Catawba Riverfront Classic here in Charlotte, and I pretty much have to go.  It’s a huge fundraiser for our local club, the Tarheel Trailblazers.  Also, this is the race I won back in 2009.  I haven’t even been on the podium there since, and with my current bout with back pain I’m not sure if I will this year either.

I got a really sweet trophy that year at least. 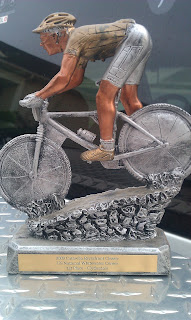 It’s a pretty fun race, and probably the best course in the whole Southern Classic Series.  The mileage is much less than the other races in the series, so if I can stand the pain I plan to hammer all the way from start to finish.  I’ve ridden there quite a bit over the last few months on my single speed, so a ride there with my geared bike should be a lot of fun if I survive.

I'm working on getting my back right though.  Drinking beer to keep the pain away doesn't help when I’m at work, and I can’t ride “race speed” when I drink on the bike.

I really should start taking better care of myself.

It sucks getting old.

Sounds like you need a backiotomy!! Or at least get yourself a nice sports massage.