Sunday’s 2012 Catawba Riverfront Classic wasn’t so bad, even though my back still wasn’t right and I was nervous as hell.  Well, I wasn’t really nervous I guess.  I felt like I was under a lot of pressure to do well on the only “home trail” in this series, especially since I knew it oh so well.

I’ve been riding my single speed out there quite a bit, and this would be the first time in a long time with gears.  I had no idea what to expect, especially when one of my “competitors” asked me about my stragety.

“Are you gonna take it easy or go out as fast as you can?”

I told him I would probably stick with my usual race tactics, which is go out full on and tire myself out about a mile in, spending the rest of the race recovering.  I was serious, I guess.

When we finally took off, I pedaled my ass of to get up front.  I entered the the trail in third place, and kept pushing.  I was going so fast in the beginning that Lunchbox had a hard time getting a clear shot of me with the camera. 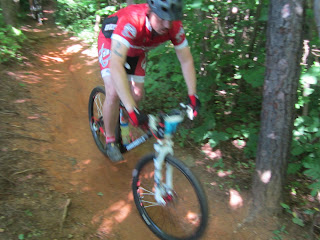 I stayed with the leaders, and surprisingly I wasn’t getting tired at all.  I watched as the two guys in front of me played it safe on the technical stuff on the first section.  I felt right at home on it, which was probably because of my home trail advantage.  Fourth place was right behind me though, and I made a crucial mistake on my choice of line and got passed.  I stayed right with him though, and I knew for sure I could keep that pace for the rest of the race.

We finished the first section, and I started speeding up a bit.  Not being used to gears, I was riding my bike like it was a single speed.  I mashed up the climbs in a much harder gear than I had to. 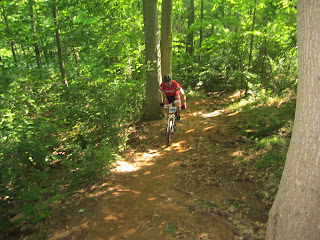 Slowly, the three guys in front of me started pulling away while I took a minute to recover from the climbs.  I still had them in my sights though, and I knew that if I turned it on I could get back in the mix.  The good news was no one behind me in my class posed an immediate threat.

I eventually recovered, and settled into a comfortable pace.  Every time I went through a section of switchbacks, I kept catching glimpses of the guys up front.  I sped up a little, careful not to burn myself out.  About halfway through, I saw that I had about a three minute gap to make up.  We had gone through most of the really difficult stuff though, so I knew I would have to really work it to catch back up.  I was still feeling pretty good at least.

I got near the end, and I shifted into the biggest gear I had and mashed away.  I crossed the finish line as fast as I could, and figured I was in fourth place still.  I guess I was okay with that, until some people started telling me otherwise.

“You got third!  Congrats!”

Wait, what?  I knew I never passed anyone again, so the only way I would’ve been in third was if someone DNF’d.  I checked the results, and saw that I was indeed listed in third place. 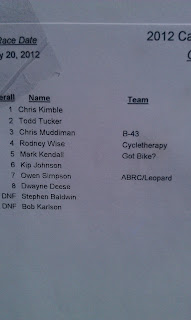 I still didn’t believe it, so I asked the guy that I thought was in front of me.  He said he finished in third, and that there must have been some kind of mix up.  We both talked to the promoter, and the results were corrected.  I didn’t want to get on the podium due to a mistake, so I was happy.

However, someone else did get on the podium out there. 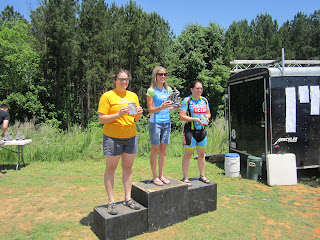 Yep, Little Miss Sunshine put the hammer down and got herself a second place finish.  I’m really proud of her.

I learned something out there, and it had nothing to do with racing.  I brought a stash of hoppy beverages, and a shitty bottle opener nearly thwarted my plan to drink it.  I ended up having to improvise, and I learned that Crank Brothers pedals make a pretty good beer opening device. 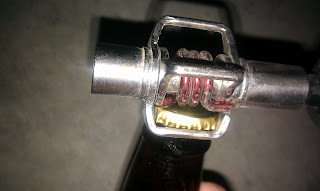 It was a long day, but a fun one.  I got there early, raced, and volunteered my time the rest of the day.  Little Miss Sunshine and I provided first aid support for the event, and I ended up having to extract one of the riders from the middle of the trail after he crashed pretty hard.  He will live though.  After the race, it was time to tear everything down. 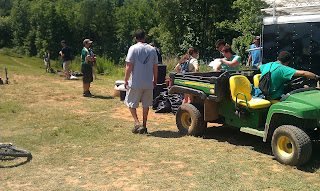 We got the hell outta there and headed to our favorite watering hole so I could keep building my beer list. 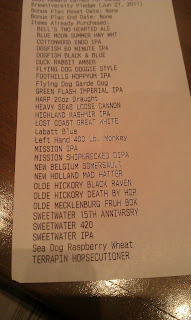 If I took my beer drinking as seriously as my bike racing, I would always get on the podium.