Rollin’ Through The City

Friday, we left the B-43 Worldwide Headquarters all bright and early to meet up at Queen City Bicycles.  Then, it was time to roll out to the Bike Charlotte Mayor’s Ride. 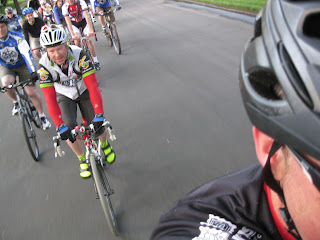 I’ve been leading this “ride to the” Mayor’s Ride for a few years now, and this year I was really surprised at the turnout.  I think we had close to 50 people in our group, and it was really cool to have so many of us on the scene. 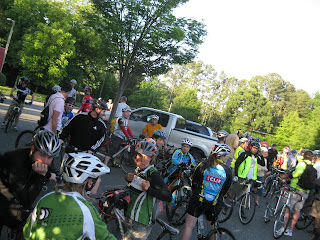 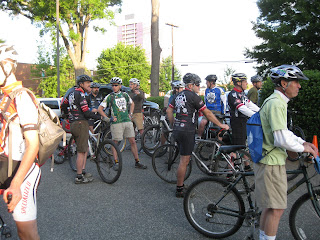 Lunchbox is always happy to be there: 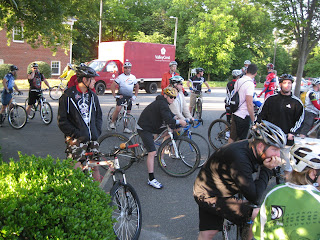 Before long, Mayor Anthony Foxx arrived and we were ready to start the “real” ride. 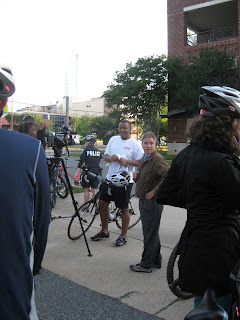 There’s nothing like riding into the city early in the morning. 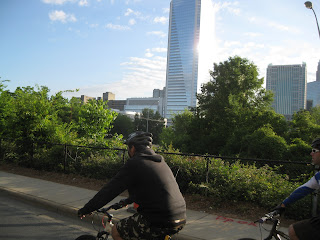 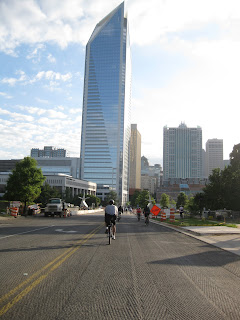 A free breakfast was provided, and some people were already getting their grub on… 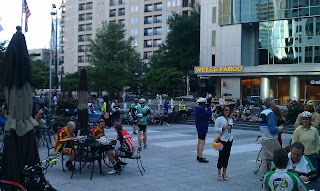 While I took the opportunity to introduce myself to the Mayor as the Vice President of our local mountain bike club. 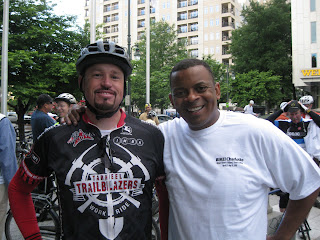 I swear I didn’t get that photo just for this blog, although in hindsight it was probably a good idea.

After hobnobbing with the Mayor, we hung out and socialized.  Of course, Lunchbox was hanging out with the ladies. 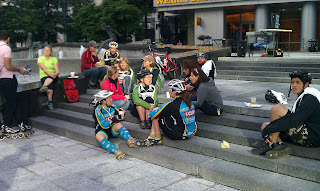 Eventually Little Miss Sunshine tried to get a word with the Mayor, but his personal security team seemed to be ready to take her out. 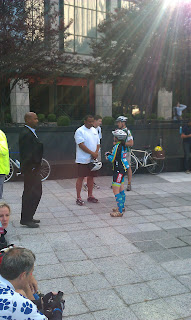 It was another great Mayor’s Ride, and I continue to be impressed with the amount of cyclists that show up.  Sure, some people only come out for the free breakfast, but at least they are on bikes.  Thanks to everyone from our local club that got up extra early to ride with us too.

My day wasn’t over though.  There was more bicycling adventures to be had, this time in a land far away. 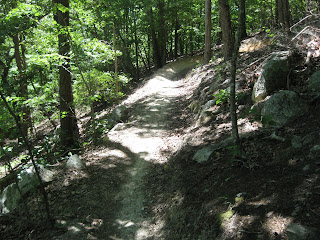 Well, Uwharrie isn’t that far away, but it’s so isolated out there that it seems like it is.  I took my new friend Tom out for a ride on the fun trails out there, and we had a great time.  In fact, we had so much fun riding that I only took that one photo.

Sometimes you don’t need photos to prove you had fun.

Unfortunately, I’m such a shitty blog writer that I need photos to tell my stories.

At least I took photos at the Mayor’s Ride.

VP huh? I had no idea you were such royalty!