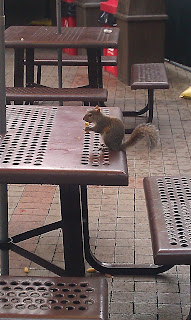 Did you miss me?  I did.  I mean, I missed being able to write down my thoughts and nonsense for the whole Internets to see.  I was busy as shit for the last five days, and I got in lots of miles in my truck to get lots of miles on my bike.

What did I do?

Well, I guess I could work back from yesterday.

Since I had been riding quite a bit after I took some time off work, the family and I decided to spend yesterday at the zoo (without bikes.) 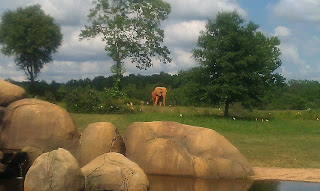 Okay, it’s not exactly bicycle-related.  Sorry.  After all the riding I did over the last few days, we needed to take a small break.

I really like animals, and I understand that zoos are a kind of “necessary evil.”  Most people would never get to see the animals that they keep in zoos, so hopefully the public can educate themselves a little.  That’s not true though, since the “public” is pretty stupid.  They had to be constantly reminded that calling chimpanzees and gorillas “monkeys” is not correct, and that nocturnal animals in their darkened habitats don’t care for your camera flash.

Oh yeah, don’t knock on the glass, because they don’t like that shit.

I love animals, I just hate people for the most part.

Anyway, in spite of the idiots trying to ruin everything, we had a good time.  We got to see plenty of animals, and it was a nice break from the bikes.  I can actually see myself volunteering at a zoo when I retire, spending my time educating people who probably have no idea that wild animals exist anywhere outside of zoos and television.

Okay, maybe I’m still a little wound up from being out in the public.  I think I’ll cut it off here.

I spent time with people the rest of my vacation days, but at least most of them were on bikes.  That makes it way better.  I have photos and video to go through, so hopefully tomorrow I can actually talk about bike stuff.

At least I’m not talking about the fake ass dinosaurs that I saw yesterday. 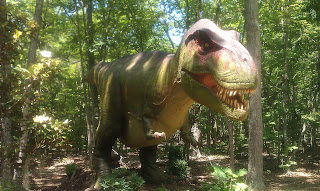 I rode my bike…a lot.  I’ll get into that tomorrow.
Posted by TheMutt at 9:03 AM