It Just Got Real

That is the newest addition to my single speed bike: 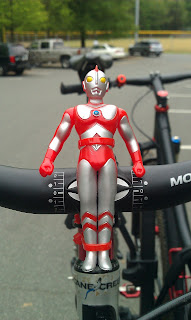 In case you are way younger than I am (or you grew up under a rock), that feller’s name is Ultraman

I’m not old enough to have watched that show when it came out, but I did see plenty of reruns during my childhood.  It was always one of my favorite shows (although I’ll admit it was pretty corny), and I guess the color scheme of his suit matches my SS bike.

In other news, another part for Little Miss Sunshine’s SS showed up da udda day.  She found a nice Reba 29er fork, and I was instructed to install it.  I was happy to get rid of that temporary POS fork that we put on there.  It didn’t take me long to install it (only one beer), and I feel like the bike looks much better. 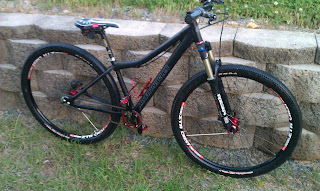 It will probably ride much better too, but who gives a shit about that.  Looks are what’s important.

Speaking of looks, I finally got around to trimming the brake lines. 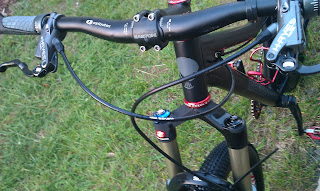 There was a ton of hose on those brakes, but I didn’t want to cut them until we got a new fork.  I think she is pleased with the new look, and also the way it rides.  She’s moving over to the Dark Side (single speeding), and I couldn’t be happier.  I never thought that she would ever get on a 29er, let alone one that has no gears.  Shit sure does change around here a lot, but it’s a ton of fun. 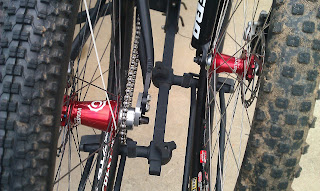 LOVE Ultraman. I am old enough to have watched the original and it was my everyday TV experience as a kid. Come home from school, turn on Ultraman. I wanted to be on the Space Patrol so badly. Hiata was my idol.