But instead I decided to sit on my ass and drink some beer.  Not just any beer though.  This is one that I love this time of year, Trader Joes Vintage Ale. 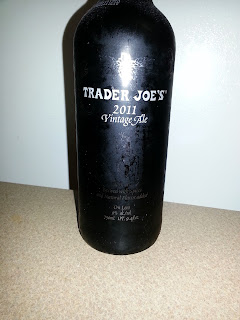 As you can see, the date on the bottle says 2011.  I saved this one from last year.  They are supposed to get better with age, so every year I keep an extra one to see if that holds true.  I still have one from 2010 I haven’t cracked open yet.

Is older better?  I think so.  The only issue I had was an extreme amount of foam (and yes, I do know how to pour beer.) 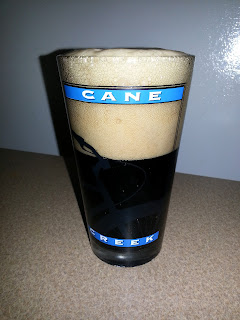 It was damn good, and perfect for these winter months.  I don’t normally drink much other than IPAs, but when I do, it’s this tasty stuff.

In other news, I’m off to a holiday party tonight after work.  The annual Queen City Bicycles party, to be exact.  There will be catered food, tons of beer, and even a Paperboy tournament. 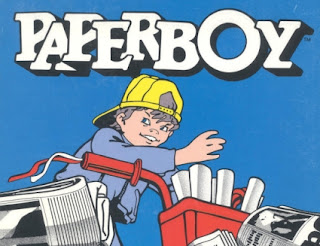 Yeah, the classic game from way back in the day will be played tonight at the party, and it’s some kind of elimination tournament with prizes to be determined.  I used to play the shit outta that game many moons ago, and I wasn’t too bad at it.  Since I’m probably rusty as shit these days, I’m devoting my day here at work to practice.  I have it on my work computer, and I’m gonna master that shit before the party. 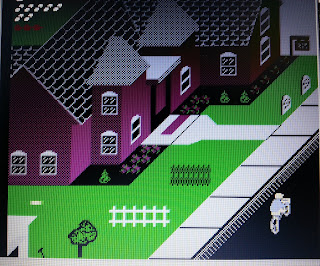 Or just frustrate the hell outta myself because I suck at it now.

Are you coming to the party to challenge me (at Paperboy or beer drinking)?  If so, then bring some canned goods.  The shop is collecting them for Loaves and Fishes, the local food pantry here in .  Don’t be one of those assholes that only brings one can (or nothing at all) and drinks tons of beer and pigs out on food though.  Canned goods are easy to get, so bring plenty.

See y’all there, or back here tomorrow so I can talk about it.