Yup, the “race” is being held in .  , to be exact, and 1,079 miles from my house here in .  I don’t care for flying so I guess I’ll start planning another mega road trip.  Last time I drove all over the place to get to (driving from through on the way there), so I should be used to it.  I don’t have any people to see on the way up to , but at least I’ll get to travel to places I’ve never been before.

Some of the places I’ll visit for the first time include , , , , , and .  I do like driving, and I’m looking forward to my adventure on the open road.  The details haven’t been released just yet though.  All I know thus far is that SSUSA will be on August 17th, which is between the last two races in the Southern Classic Series.  I’m still not sure if I’m gonna do that whole series again though.  If I do, it’s gonna be a rough few weeks.

I’m looking forward to the gathering of single speeders though, that’s for sure.

In other news, I’ve been busy trying to secure some sort of team representation for next season.  I’m still down with Bike29 (as long as George keeps it around), but I’m looking to change things up a bit.  I got some news yesterday about flying some new colors for the 2013 season, but I’ll save that for when the time is right.  Let’s just say that it will fit well with my drinking and riding habits.

Speaking of drinking, I’m back to that too.  Now that I feel much better, I’ve been sipping on the sauce again. 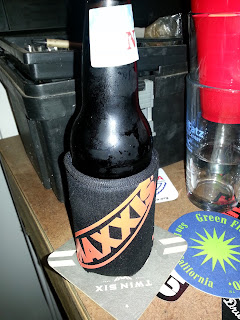 And that’s all I have to say about that.