I Just Woke Up 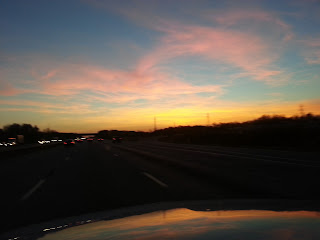 Apparently, I wasn’t really getting better.  Things were looking up from my sickness at first, but then I noticed that it had sort of leveled off.  Yesterday, I finally broke down and went to the doctor.  I hated to do it, but I was tired of being sick for such a long time.  I didn’t have to wait too long in the office for the doctor to give me some not so good news:  I have some sort of bacterial infection in my lungs.  Oh fucking joy.

She prescribed a round of antibiotics, and this wicked cough medicine stuff that is chock full of hydrocodone (so I can sleep at night, she said.)  Things are finally looking up, although I couldn’t drag my ass outta bed for a while this morning.  I’m not a drug-taker, so that hydrocodone stuff really kicked my ass.  On the plus side, I got some much needed rest and I can honestly say that I’m really feeling better this time.  That’s good, because I have some riding to do.

Last night, I attended the last Tarheel Trailblazers meeting for the year.  We talked about what we’re trying to accomplish for next year, and it really got me thinking.  We put a lot of trail on the ground here in the area, but we pretty much such at the social aspect of riding.  We’ve relied on our sister club (the Dirt Divas) for this in the past, but that needs to change.  We’re social creatures by nature, so I think we can do a better job of getting together just for the fun of it.  That’s the main reason I started doing the weekly night ride thing this year, and I guess it’s a good start.  We can do better though.

I usually have a pretty full plate when race season comes around, so I like to ride fast.  However, it wouldn’t kill me to slow down once in a while.  Even though I end up riding alone most of the time, I actually enjoy riding with other people.  If we do more casual rides, we might get more people to come out and ride.  Some people don’t like to race, and I can appreciate that.  So, I guess I’ll have to work on being a little more social from now on.

In other news, I have yet another weekend without set in stone plans.  There is trail work to do, singletrack riding to be done, and beer to be consumed.  Since I’m on the mend from Death Virus 2012, I’ll be taking it easy on the beer part for a little while. 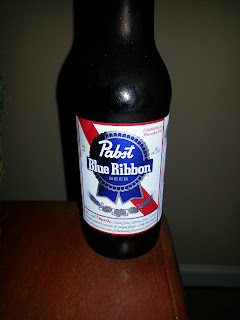 I don’t know how much longer I’ll be able to take that though.

Hopefully I’ll be back here Monday feeling tip top, and have lots of adventures to talk about.  I’m getting tired of whining about being sick.  I’m sure you’re tired of it too.