There Is Always Work To Do

I don’t mean my day job.  I’m talking about trail work.  Even though TomTom and I are working on a massive project that will take years to finish, I decided to give a little bit of my time towards some new, legal trail.

My favorite trail in the area (BYT), has a new neighbor.  The park next door is getting some new trail, and it will eventually connect to BYT.  There was a scheduled work day to build features, bench out stuff that need benching, and watching other people do work.

Like the Dirty Party Cycle who drove all the way into the city from the foothills to help. 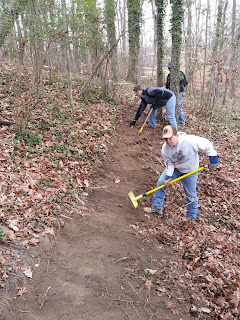 I also got to watch the smallest guy out there (Dicky) haul giant loads of dirt in a wheelbarrow that was more than four apples tall. 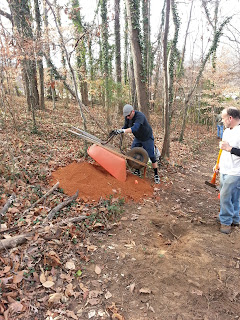 We built some berms… 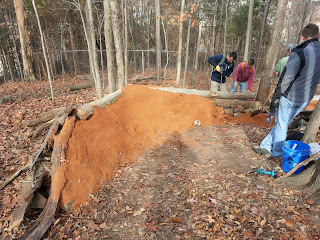 And some berms with jumps at the end… 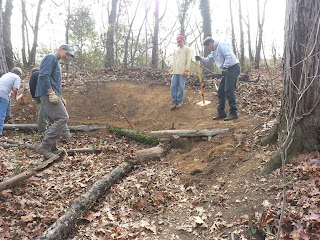 I think we were out there for almost five hours, and much work was accomplished.  I’ve spent a lot of time this year doing trail work (both official and “unofficial”), and it’s nice to get out there and be a part of the crew that builds the trails that everyone likes to ride.  I was beat ass tired after digging in the dirt all day, but we weren’t done.  Even though my energy levels are still low after the Death Virus 2012, TomTom and I decided to go for a ride.

We rode the local short track, but didn’t log a ton of miles.  It was still good to get out and spin the legs, and even better to meet up with the DPC afterwards for some grub and brews. 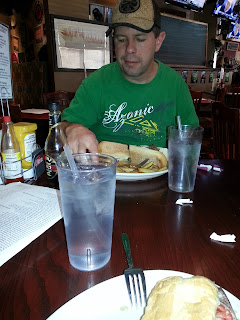 I even got into the Christmas spirit a little bit. 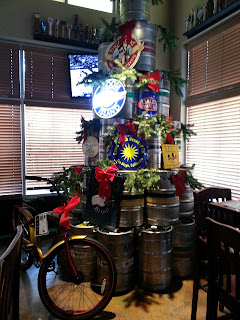 The fun didn’t start there though.  I had a little bit of energy left, and there was more work to do.

As usual, I’ll drag that out until tomorrow.