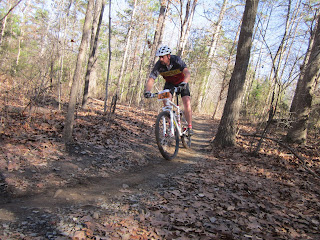 And it was pretty fun.  I did a little better than last week too.  Not much better, since I’m still trying to get myself in “racing shape.”  Still, riding through the woods at a high rate of speed makes me happy. 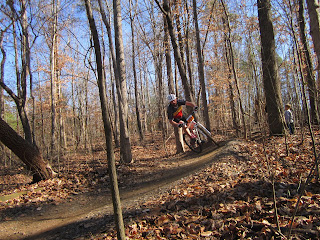 Well, most of the time anyway.  I still had an issue with the throngs of dirt roadies riding their brakes on the downhill sections.  I damn near killed myself trying to get ahead of them on the climbs just so I wouldn’t have to go through that shit again.  It happened in both of my races, and it pisses me off.  I guess I can always work on my “roadie skills” though.

I didn’t let that bother me too much, because the local race scene isn’t just about me.  It’s about quality entertainment, in the form of the other racers. 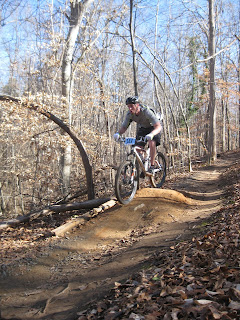 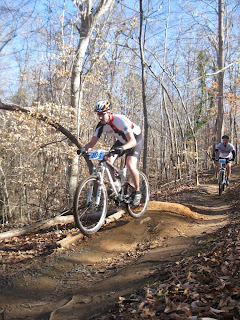 It was cool to watch those two race against each other, especially since they didn’t realize that they both sorta knew each other through this sorry excuse for a blog.  It entertained me, which is what’s important.

Okay, not really.  What’s really important is that Lunchbox is all better (he was sick last week and stayed home in bed), and he decided to race.  He even dressed up for the occasion. 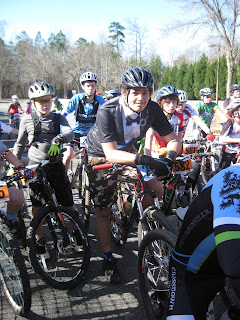 Going up against all those tiny little racer children isn’t really exciting to him, but he does enjoy riding fast through the woods like I do. 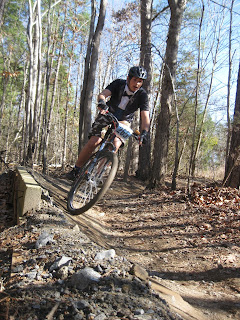 Even though he’s 6’3” and 225 pounds (which is plenty big enough to race in the Clydesdale class with me), he prefers to stay with kids his own age.  They might be faster than him, but I bet they don’t have as much fun as he does. 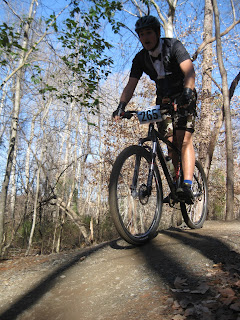 I’m proud of my boy for getting out there, even though the odds are against him.

Good times with your son...... Priceless, better than any podium!!!! Good seeing you Sundy!!

That was kinda funny that I didn't/did "know" Tom. I guess I'll have to make him my racing rival now!! And, holy crap it looks like I'm about to crash in that picture - looks like my front wheel is rubbing up against that log... rest assured readers, I was getting massive amounts of air and was in no real danger, ha ha