The Day Before The Race…

I should’ve been taking it easy, or done a little spinning on my bike.  Instead, I was out in the woods again using stuff like this: 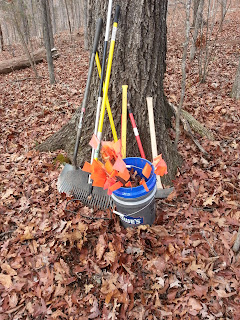 If we want to turn “The Trail” into something that’s worth riding, we need to spend as much time as possible working on it.  Last weekend, we built the Space Cowboy Jump, removed a bunch of debris, and flagged some new stuff.  We didn’t get near enough done.  This weekend though, we cut through yet another rock garden… 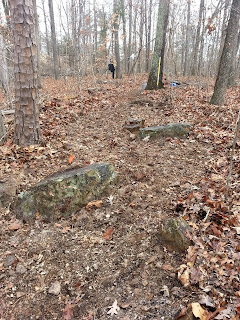 And made an optional route between two trees. 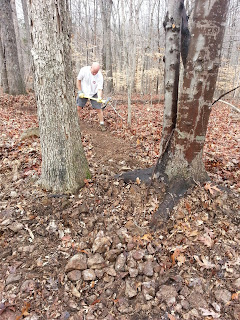 Those two lines come back together and head towards the downhill section, and it should’ve moved pretty fast after that.  There was a tree down that we planned to clean out, but Irish Luke saw it and came up with a better idea. 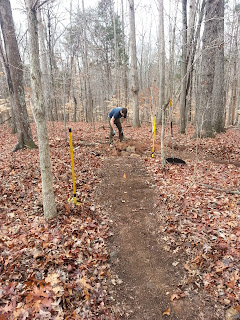 He harvested some nearby dirt, and started building up a nice drop off with the dead tree. 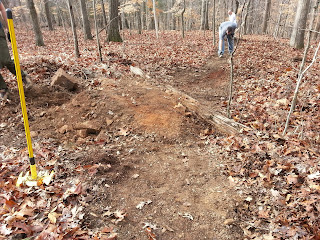 It took a lot of dirt, but it came out pretty nice. 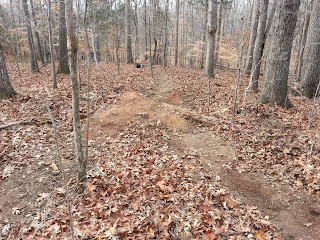 The photos don’t really do it justice, but the view from the other side is a little better. 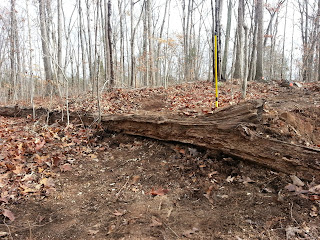 We recruited yet another trail crew member, Joe, and he brought along a fresh set of eyes to help us come up with new shit to add to the trail.  TomTom, Good Guy Greg, and I left them alone and we started down the downhill line to rough out some more trail. 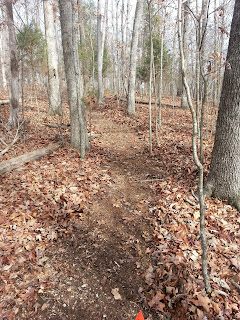 When we came back, Joe and Irish Luke were about halfway through building a nice berm, made from cedar, rocks, and dirt dug out of the trail.

It was coming along nicely, and looked like it would be a lot of fun. 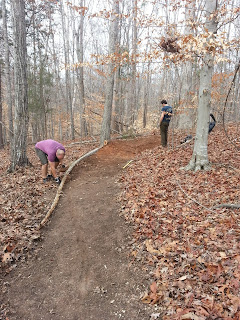 We ended up calling it a day because some of us had to race the next morning, but just like usual we can’t wait to get back out there.  There’s plenty to ride out there now though, and judging by the picture that TomTom sent me, Irish Luke approves. 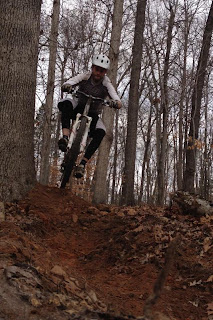