We were supposed to have another group ride at a local trail last night.  But, it was cancelled.  Anyone wanna guess why?

Never fear though, because we had a backup plan.  The regular crew (Eastwood, Good Guy Greg, and Irish Luke) met at TomTom’s house to roll out on a local greenway, while my plan was to ride from the B-43 Worldwide Headquarters and meet them out there somewhere.

I just had to get my bike ready first.

Being a Drunk Cyclist, I grabbed a beer, put it in my Maxxis coozie, and got ready for the two mile ride from my house to the greenway. 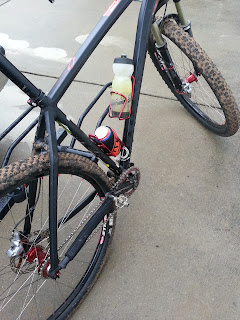 I rolled out, eventually meeting the crew at the entrance to RTS.  You know, our slightly hidden, always open, singletrack heaven.  We took off in the woods, and it didn’t take long for us to realize that we built a pretty damn good trail.  Even though a storm had just passed through, the trail wasn’t too slick to ride.  It was so good in fact, that I didn’t take any photos while we rode.

Well, except for one of Eastwood adjusting his chain tension on the Glow Worm. 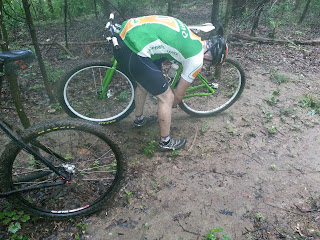 After two plus miles of private trail goodness, we ended up on the greenway again.  A lot of it had been flooded, but being on mountain bikes made it kinda fun (plus I drank my beer along the way.)  After a few miles of spinning my ass off on the flat, paved path, we found some more singletrack. 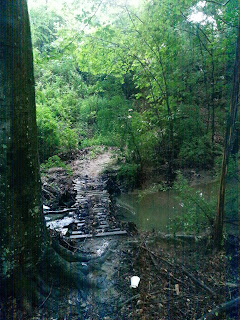 This place is an oldie but goodie, and it was pretty much “all weather” too since it’s not official or anything.  With a good amount of cross country action here and there, we had to pay close attention to what would come next. 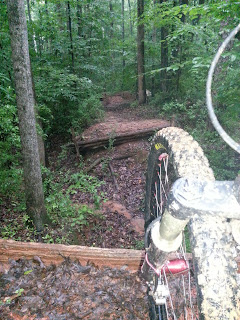 There is a gap jump/pump track wonderland in the middle of those woods, and if you were caught off guard you could end up getting hurt pretty bad.  There are go-arounds for everything, but cooking down the hill too fast could make you miss them (see above photo.)  It was fun as hell.

Instead of sitting around here bitching about the shitty weather and the fact that all of our local trails are closed, we seemed to have found a good backup plan.  This will probably be our go to route in the future during inclement weather, and I’m pretty damn happy about that.  This weekend doesn’t look too promising for local riding on “real” trails, so we may do this same route again tomorrow.

If not, I have another backup plan. 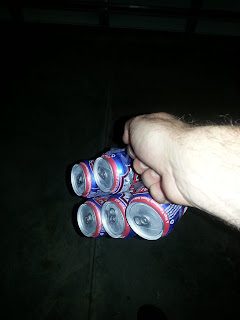