The Tribe Has Spoken

I put it out there yesterday and surprisingly I got a shitload of comments.  The advice for me to pick crabon over steel was overwhelming, with only two dissenters choosing the simplest of rigid forks.  First there was Dough, giving me sound advice no doubt gained from experience, the Space Cowboy, who just wants to see me suffer, and Captain Awesome, who probably also wants to see me suffer for taking him on a death march at RTS da udda day.  Although I’ve pretty much been afraid of crabon since it showed up in the bike scene, I think my decision was made well before I put my dilemma up on The Internets.

I guess I just wanted to feel a little validated or some shit like that.

Steel is real, but I’m going with the crabon.  It will look better on my bike, save me a little weight so I can drink more beer (during rides even), and even if I don’t like it I can sell it pretty easily and get the steel fork.   So, as soon as I remember to get the ball rolling, a new crabon Niner fork will be on the way to the B-43 Worldwide Headquarters.  When it arrives, I’ll probably bribe Dicky with mass quantities of beer to “help” me install it.  That will give me days of blog fodder no doubt, and it will give us some time to bond.  I haven’t seen the little fella in a while, aside from his daily trips by my office on his way home.  He doesn't even wave at me anymore though.

Stay tuned for that shit show if or when it happens.

Do you want to help me make another decision? 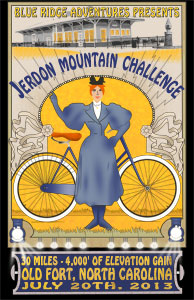 About a month ago, I pre-rode the course for the Jerdon Mountain Challenge with the intent to “race” it this weekend.  I’ve sorta changed my stance, mostly because I’m feeling a bit lazy.  I still kinda have the urge to do it for some reason, so once again I'll ask for help.

Do I go to the “other” Pisgah and suffer in the hills for a few hours just to “race”, or should I find something else to do?  Registration closes today at 5:00 p.m., and I haven’t committed yet.  A lot of people are doing ORAMM the day after, so there’s a chance I could hang out with some of the people that show up early when I’m done.  If I go, I’ll be riding a single speed (gearing yet to be determined) and suffering for sure.  I’m sure as hell not gonna ride a geared bike, because I’m all single speeder now.

Shit, even my saw has only one gear. 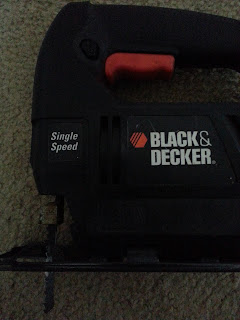 The other option I have is also a trip to the mountains, but this one would be more for fun. 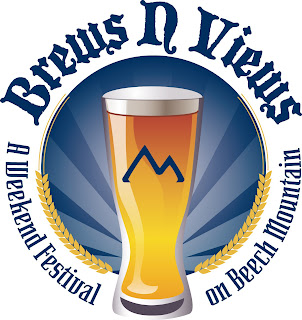 Bikes, Brews, and Views is going on up at , and since I went last year I thought maybe I should go again.  Even though the mostly DeFeet comprised band CroMoly won’t be playing this year, it would still be fun to go watch some other people race while I drink beer.  We could also hit up Rocky Knob on the way up, so I would at least have a little fun on the bike first.  Lunchbox will be by my side either way, but I can’t get him to commit to either one.

When I asked him, all he cared about was whether or not there would be plenty of food. 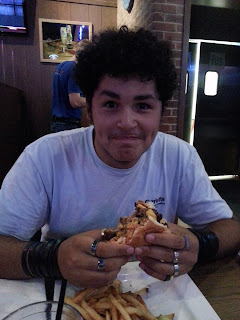 That boy can eat.

I’ll guess you’ll find out tomorrow.
Posted by TheMutt at 8:23 AM