Yesterday was a much needed day off from blogging.  I’m getting back to normal from Death Virus 2015 I think.  Who gives a shit.  Let’s move on.

Back before the 6 Hours of Warrior Creek, I had to do a little work on my bike to put it in “Endurance Mode.”  Mostly that meant putting on an easier gear, but it also meant that I had to see what lingering issues I had.  I noticed that my standard cog for everything around here was getting worn, but I guess after a few years of use and abuse that happens.  Luckily, I have a friend that can help. 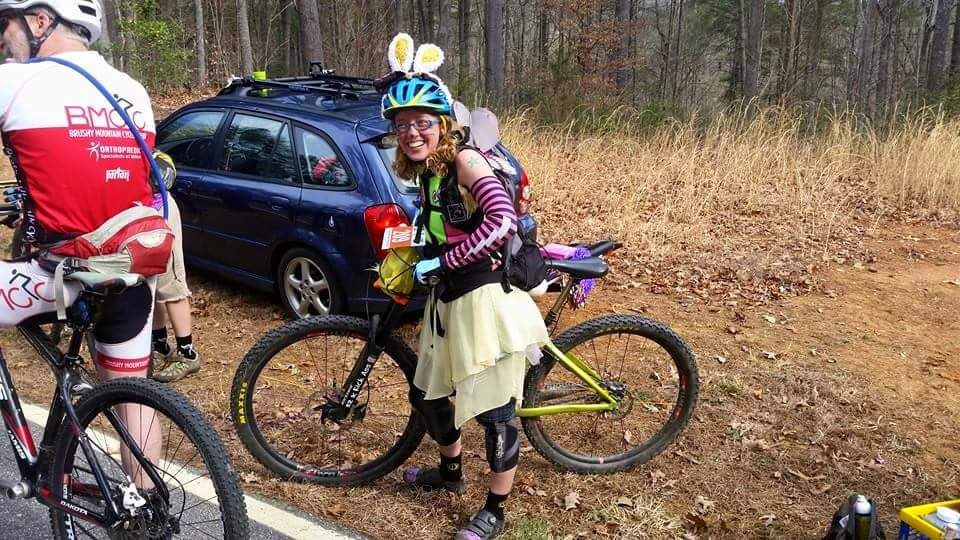 If you are a single speeder (or have been around the bike scene here at all), you know that the photo above is Shanna, owner of Endless Bike Co.  She’s pretty rad, and a friend to pretty much anyone that rides in the dirt.  Recently, pinkbike did a pretty cool article about her.

Very nice.  Anyway, I knew I needed some new stuff, and she was kind enough to bring along some items last weekend for me to stare at and touch.  She didn’t have everything that I needed right there on the spot (I'm pretty needy), but a few days later she sent me a lovely care package of single speedy goodness. 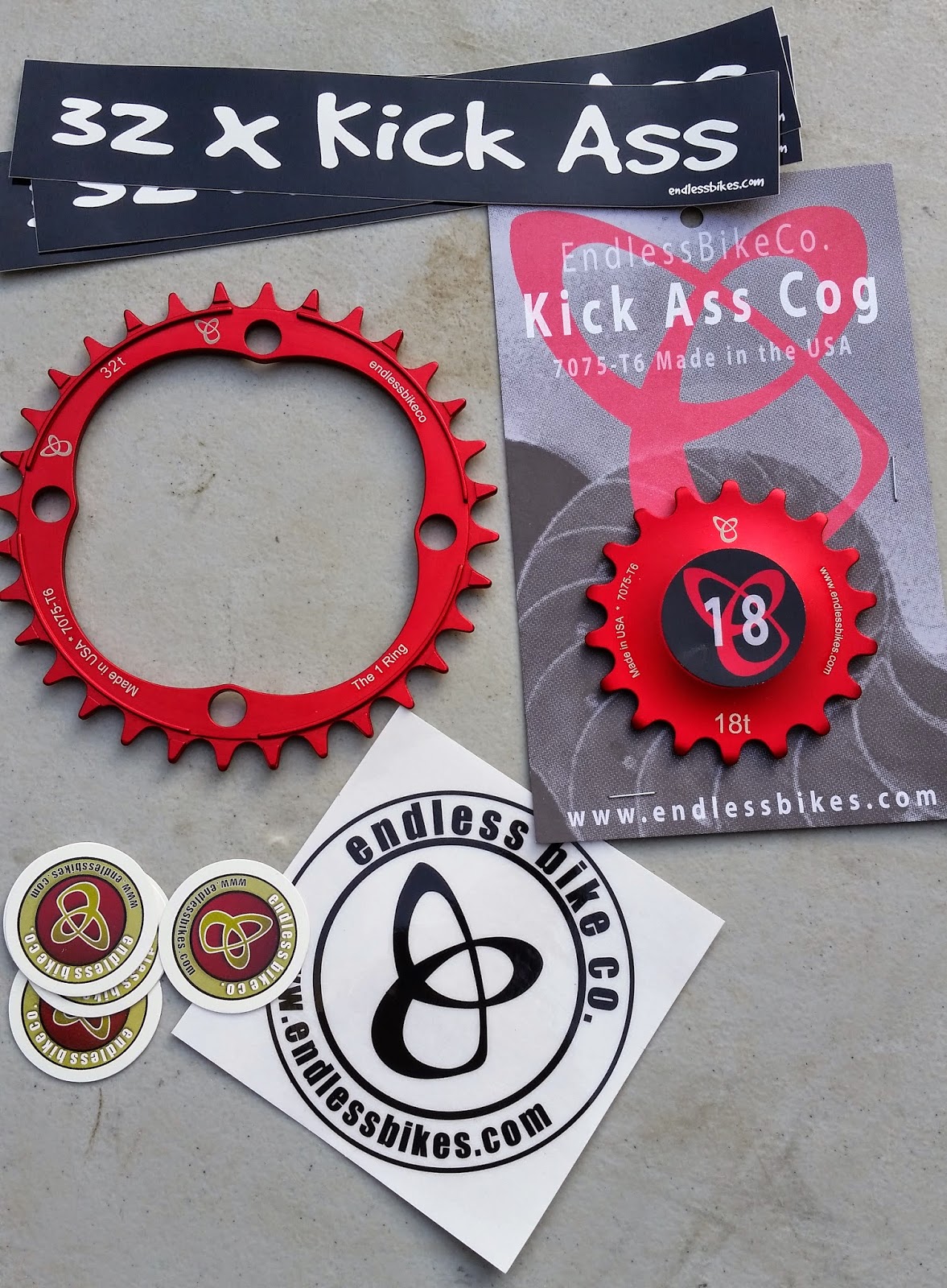 Sure, I needed a new cog (and stickers of course), but what’s that other thing? 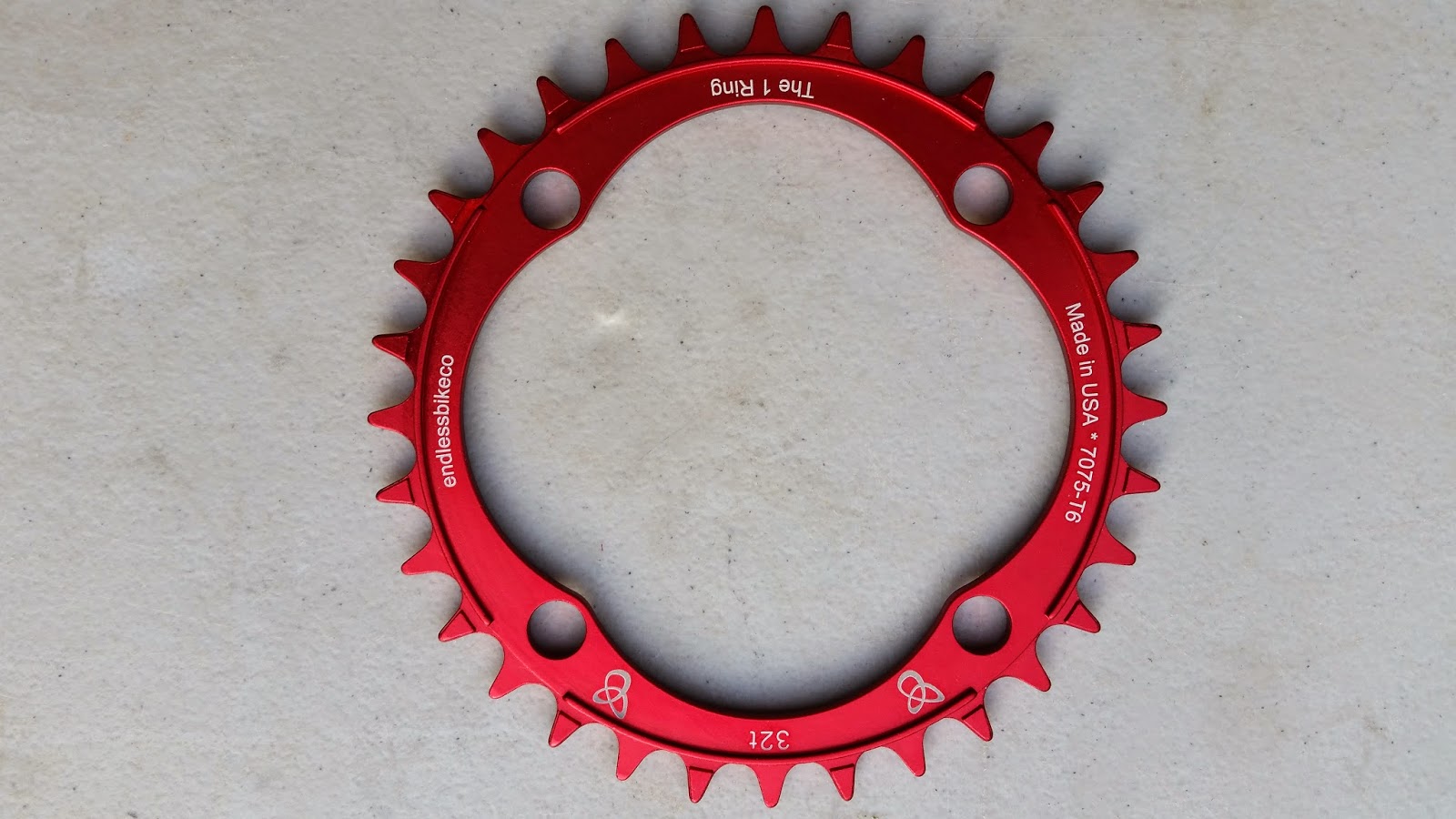 It’s “The 1 Ring”, which is a narrow wide chainring.  Duh.  Anodized to match the cogs perfectly, I just had to have one.  Since my old “other brand” chainring was worn and needed to be replaced, I thought that it would be a good idea to go local this time.  I’m glad I did, because this thing is the shit.  It’s light, and it feels much stronger than anything I’ve used before.

I couldn’t wait to get this shiny new stuff installed, and luckily it didn’t take much time at all.  Now the sexy factor of my bike has increased tenfold. 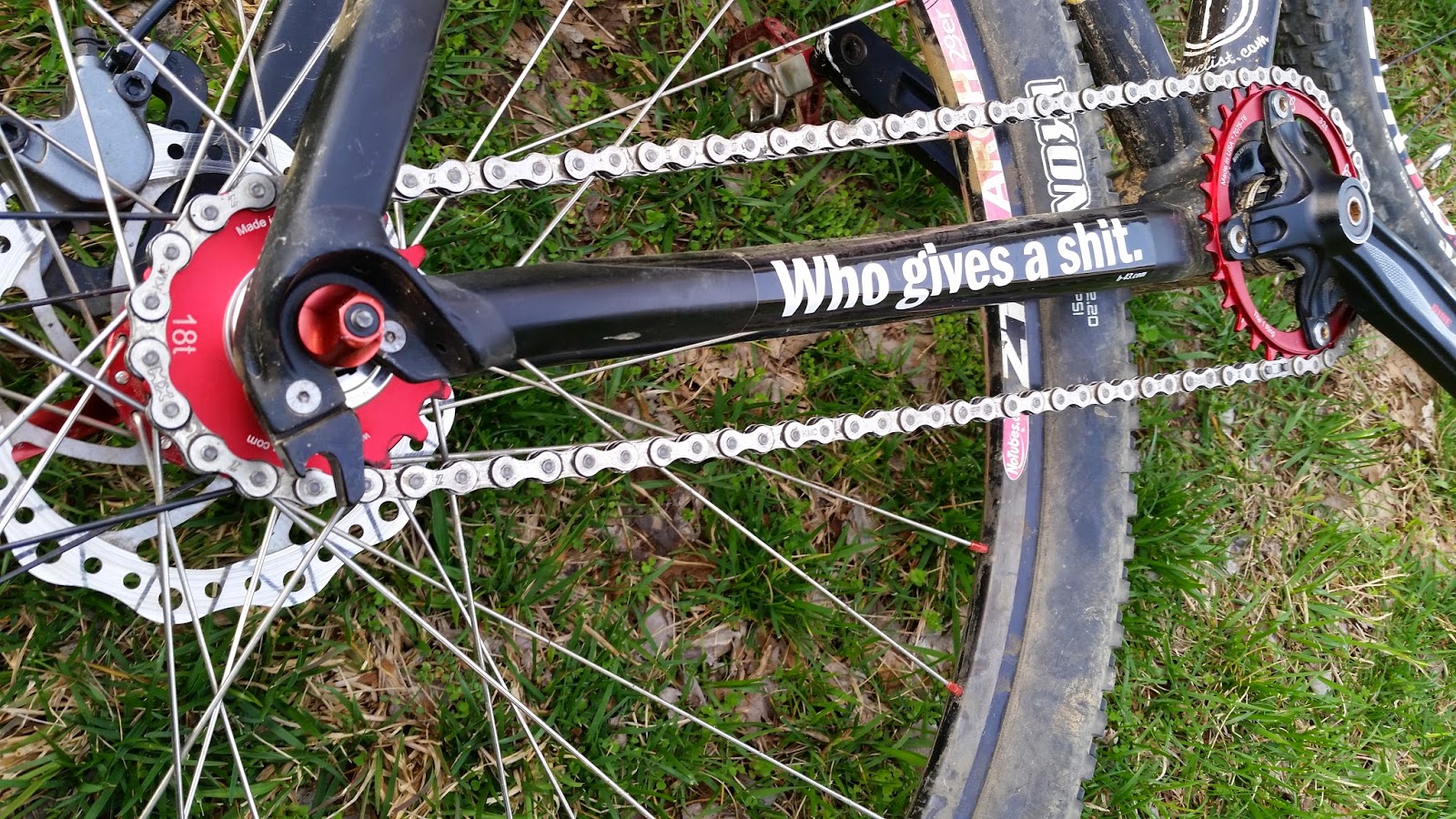 There’s your money shot.  Who gives a shit.

With some locally made products already on my bike, it feels good to add another.  Shanna is good people for sure, and I really appreciate the support that she gives me and the rest of us wacky single speeders.

Go get some shiny new Made in the U.S.A. shit for your own bike.

I got an Endless ring and cog set at last year's Cathedral Pines race and put them on a Chinese frankenbike build I did this winter from a bunch of parts I had and an xmiplay frame.It's an awesome drivetrain setup. Despite the fact that I left the tension way too loose after the first few shakeout rides, I never dropped the chain once. I have narrow-wide combos on both of my other bikes and they're great, but I've never had a ring that seems to hang on tight to the chain like this one does. Endless is the sh*t! And mine is orange, too, which is just f*cking awesome.