In order to get up to Wilkesboro with plenty of time to get setup for the 6 Hours of Warrior Creek, my alarm was set for 5:00 a.m.   When it went off Saturday morning,  the first words out of my mouth were, “I don’t wanna go.”

I was really sick.  It really started hitting me late Friday evening, but I’m sure it was set in motion by racing in the cold the weekend before.  I really didn’t want to get out of bed, even though it would’ve meant missing the biggest race of the year.  The little lady was already up and moving, and went she said something to me I repeated myself.

“Oh, you’re going” she said, “I don’t want to hear about how you missed this race because you were sick.”

She was right, but I really felt bad enough to consider missing it.  Nevertheless, I eventually got up, got dressed, and loaded up the truck.  We headed north a little behind schedule, but we would still have plenty of time to spare.  All I could think of was taking a nap as soon as I got there.  The little lady lectured me a little bit, telling me that if I have a fever, I shouldn’t race.  Well, I did have a fever, and I did plan to race.  I mean, I dragged my sick ass outta bed…

The drive went by fast, and once we got there I thought I felt good enough to ride.  It’s a six hour “race”, which meant that I didn’t have to be in a hurry.  I got all set up and once everyone else started rolling in I sorta forgot about how bad I felt.  I said a lot of hellos and good mornings to everyone, and before I knew it we were lined up at the start.  I took my spot towards the back of the pack and got ready to roll.

The parade lap around the campground was a nice warm up, and rolling with Good Guy Greg, Shanna, and the Lowcountry Crew was a good way to keep me from forgetting how shitty I felt.  Once we hit the singletrack, I saw the little lady waiting with her camera. 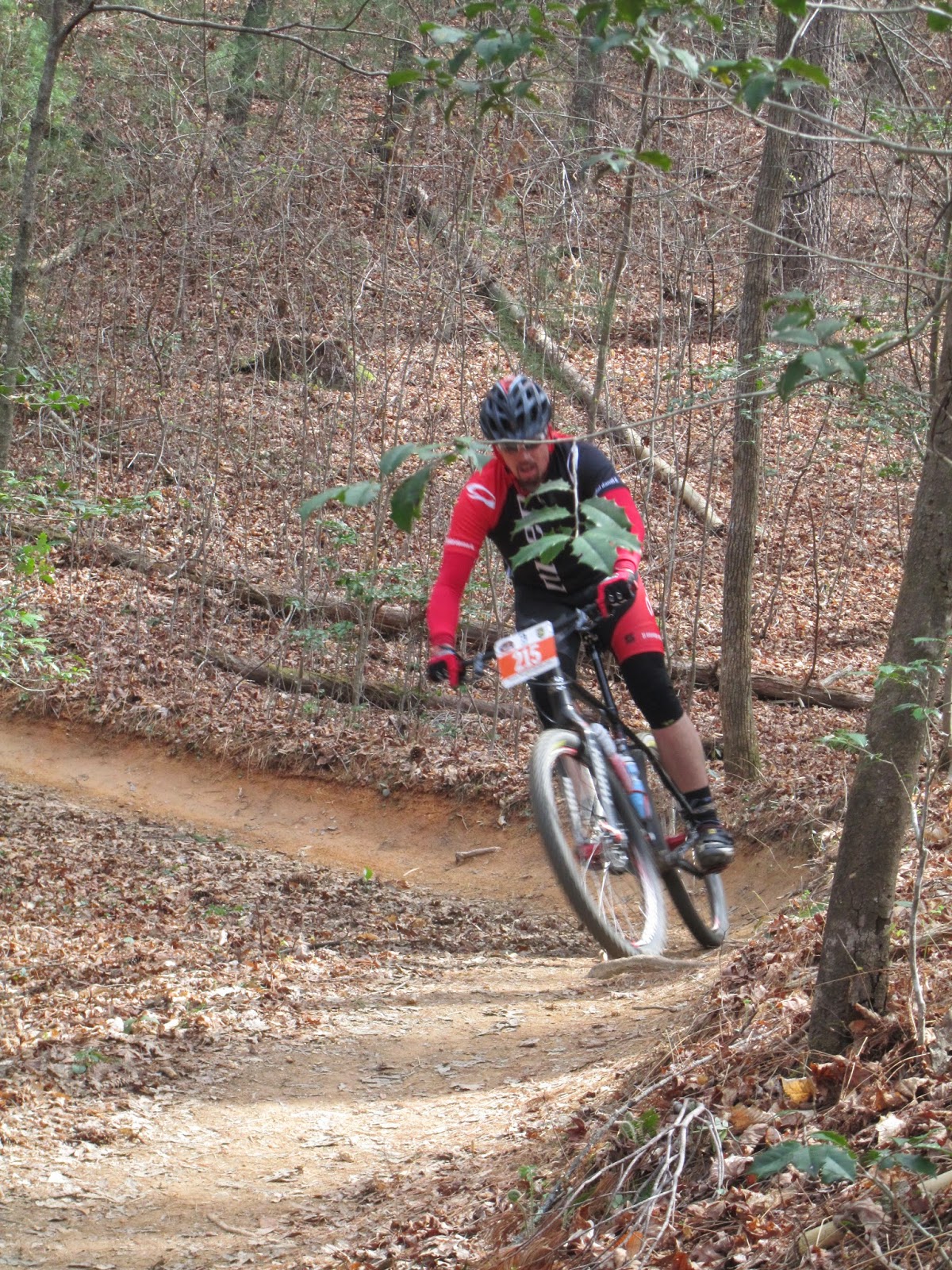 Well, I was “racing” I guess.  Our group rolled together at a nice pace, and I really didn’t feel like I was killing myself out there.  My legs felt stronger than ever, but I had a little trouble breathing.  I tried to forget about it, instead focusing on the fact that I was having fun.  I was on my bike, not at home in bed. As the lap went on, the miles ticked off quickly.  We were having fun as a group, chatting away and stuff.  They really kept my mind off being sickly and I appreciated it.  Once we neared the end of lap one I made the decision to pass through the pit and head right back out for lap two.  My crew wouldn’t be there though…

What a dumb decision.  Or so I thought.  I was riding strong, but I soon realized that without the group I had on the first lap I wouldn’t make it.  I toughed it out and picked up the pace, refusing to get off and walk when the climbing got tough.  I was dizzy, coughing, and had snot flying everywhere.

I still looked good enough for photos though: 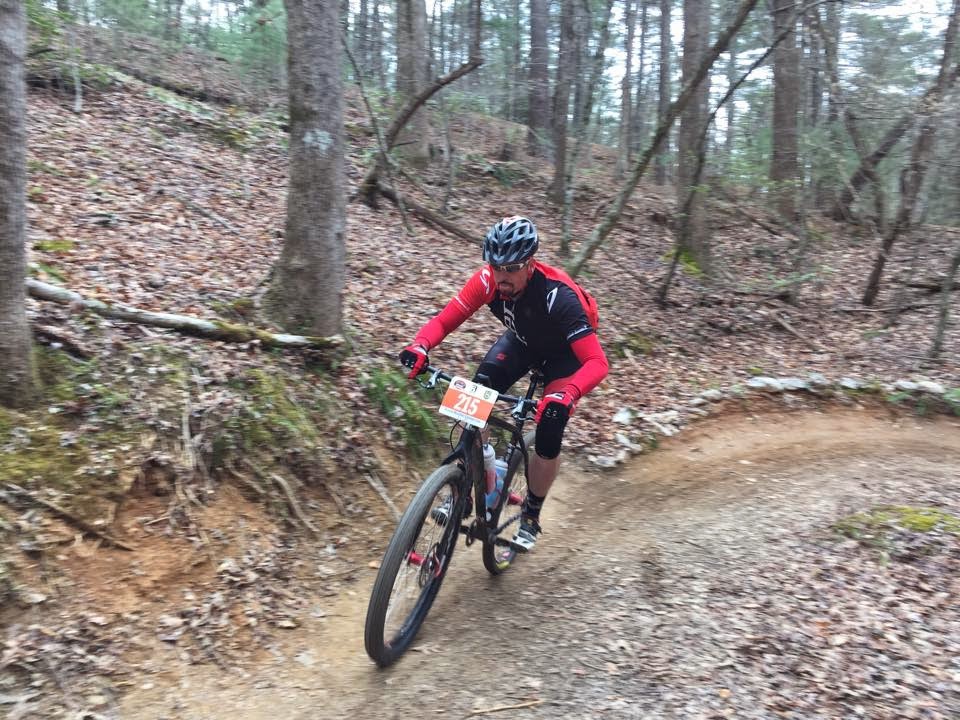 I don’t remember much about lap two, other than the fact that I rode everything pretty well.  With about a mile to go my water bottles were empty, which meant that I would definitely have to stop for a refill.  My legs felt so good that I didn’t want to, but…

I hit the pavement loop around the campsite and gunned it towards the start/finish line.  I heard people yelling my name here and there, but I couldn’t look away from the road.  Once I rolled through the line I pulled over and tried to remove my arm warmers.  After a long struggle I got one of them off.  In the meantime, I saw TomTom yelling something encouraging at me although I really couldn’t hear.  The only thing I heard was fellow Niner Ambassador Bonnie K. asking me if I was okay.  I looked over in that direction and I think I said, “Yeah.”

I walked my bike the short distance to my pit and sat down.  I was just gonna sit there for a minute or two, refill my bottles, grab a quick bite to eat, and head back out.  I grabbed a drink out of my cooler (not beer, thank you), put a towel over my head, and…

I couldn’t get up.

More tomorrow…
Posted by TheMutt at 9:11 AM