So working backwards (sorta), I’ll talk about the beginning of the weekend.  I couldn’t get Friday off from work, but I was able to get out a little early to head out to the Tarheel Trailblazers Spring Camping Trip.  Leaving the Charlotte area as quick as I could, I was stressing out.  A shitty day at work and trying to get to the mountains on time left me a little frantic, but I calmed down once I got a little closer. 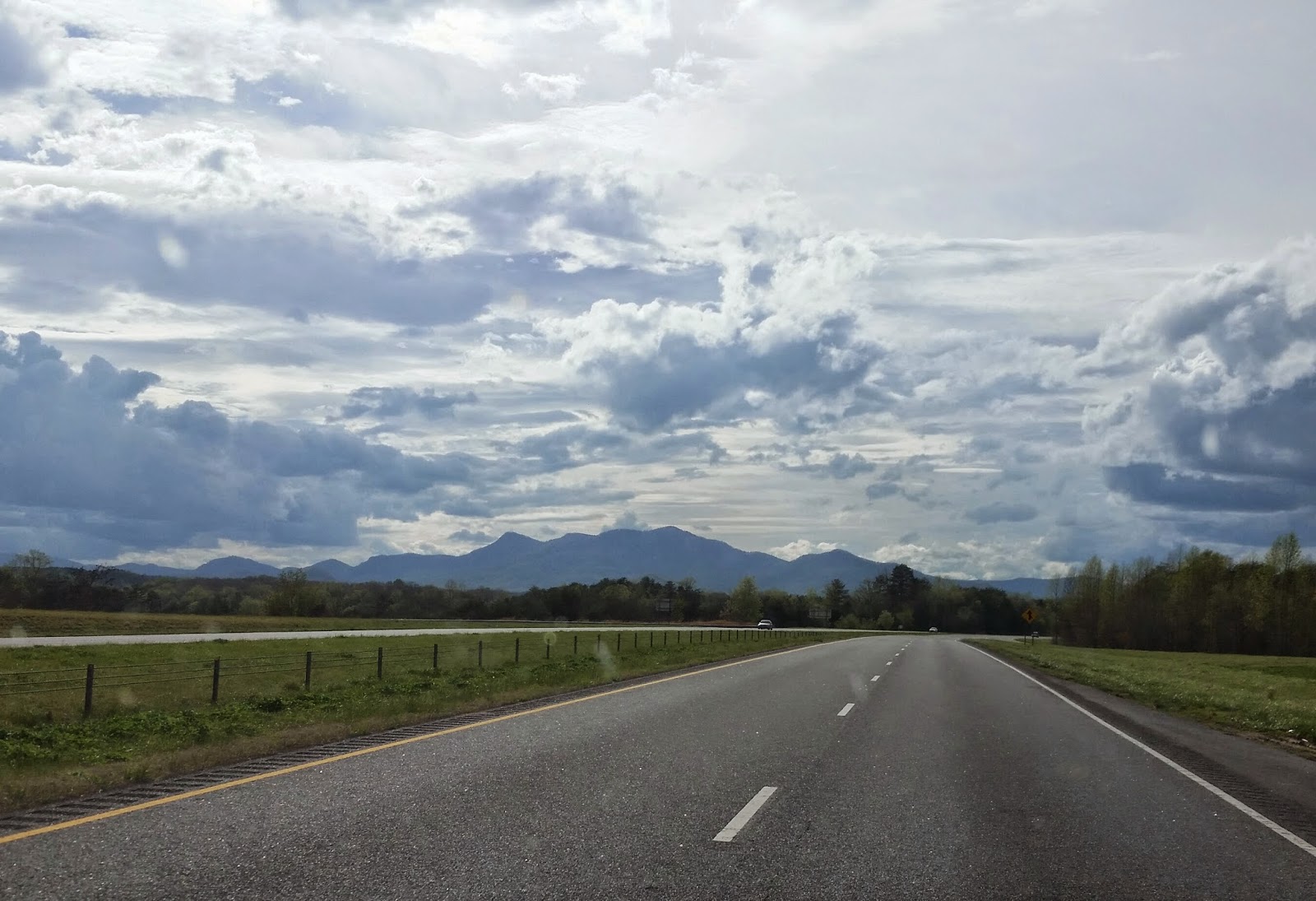 A little over two hours later, I pulled into The Hub.  They close at 6:00 p.m. on Fridays, but stayed open late just for our crew.  They’ve done this twice before, and it means a lot to us.  We got to hang out and drink beer, buy stuff, and shoot the shit… 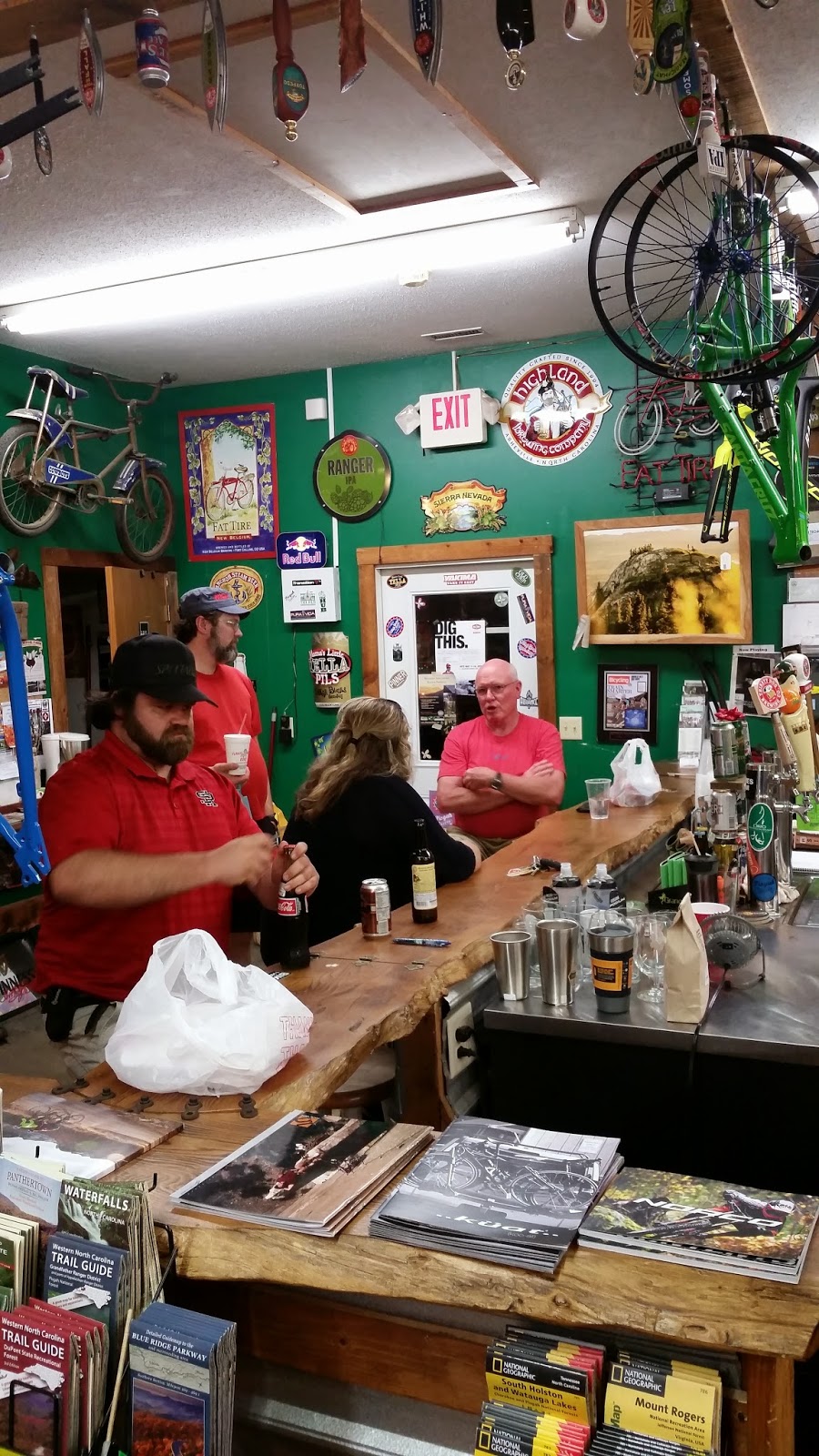 And while I was there I saw one of my stickers, strategically placed next to one from Endless Bike Co.: 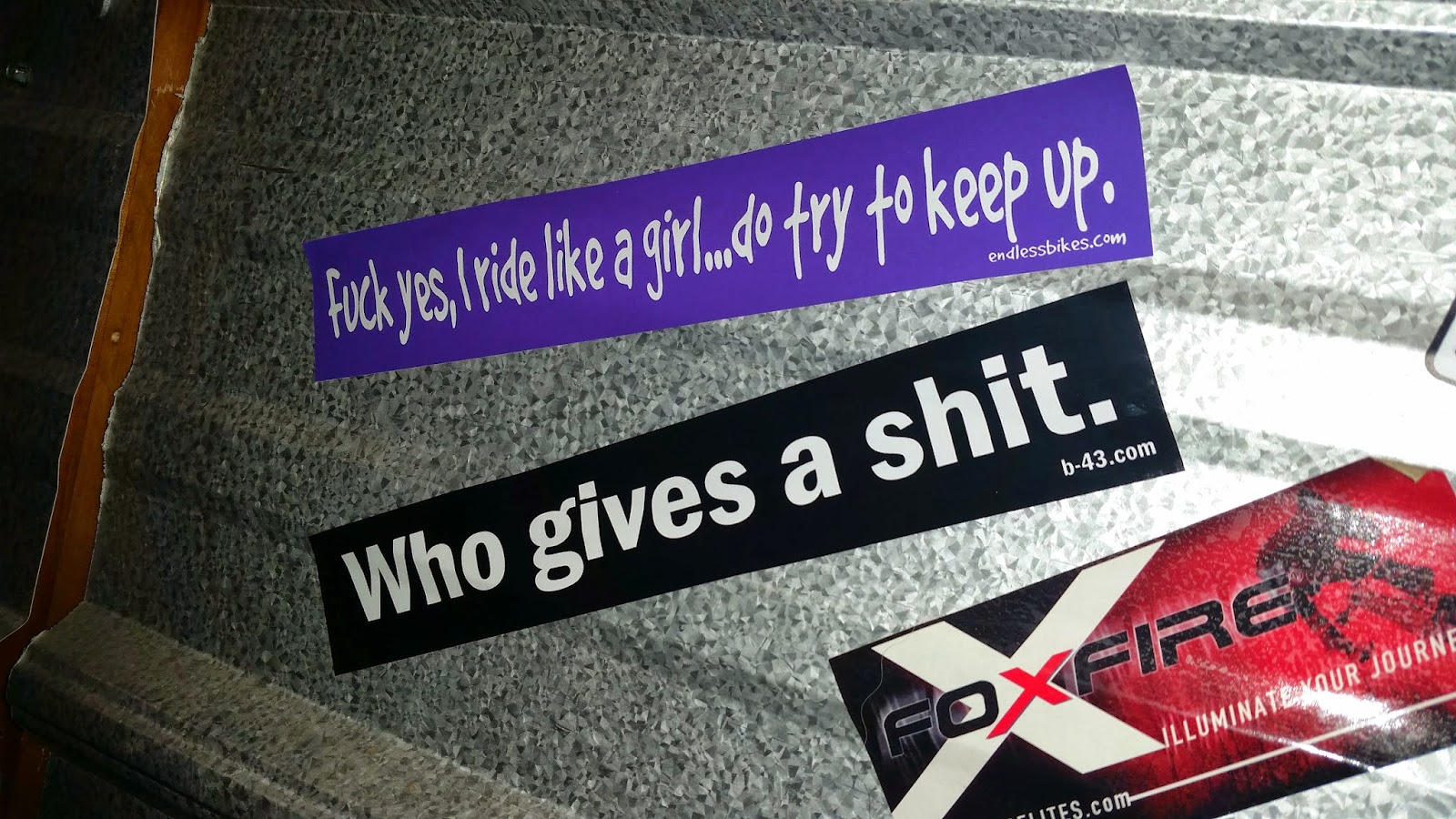 It was a nice time.  Big thanks to The Hub/Pisgah Tavern for taking care of us as usual.

We grabbed dinner from across the parking lot and brought it back, spent some of our money in the bike shop, and eventually decided that we should get back to our spot at the Davidson River Campground.  Most people arrived earlier in the day to setup camp and ride a little, but I had to set up everything in the dark.  Luckily, with the nice weather forecast I planned to camp out of my hammock for the first time ever.  It was a simple, yet comfortable setup. 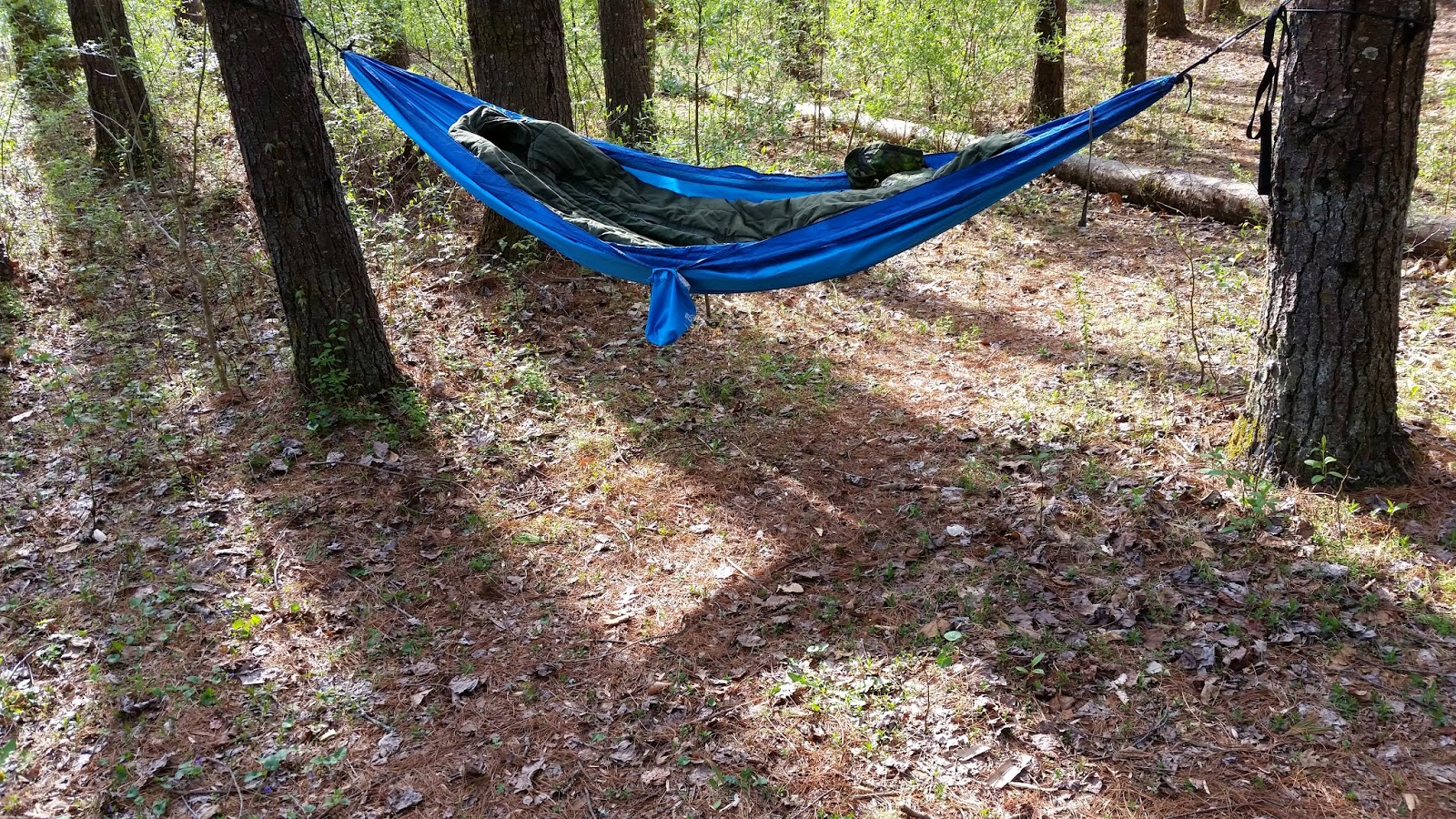 Taken the next morning because it was dark when I hung it up.  Meh.

The worst part about sleeping in a hammock is that when the sun comes up, you’re up.  Luckily, the first thing I saw was quite pleasing. 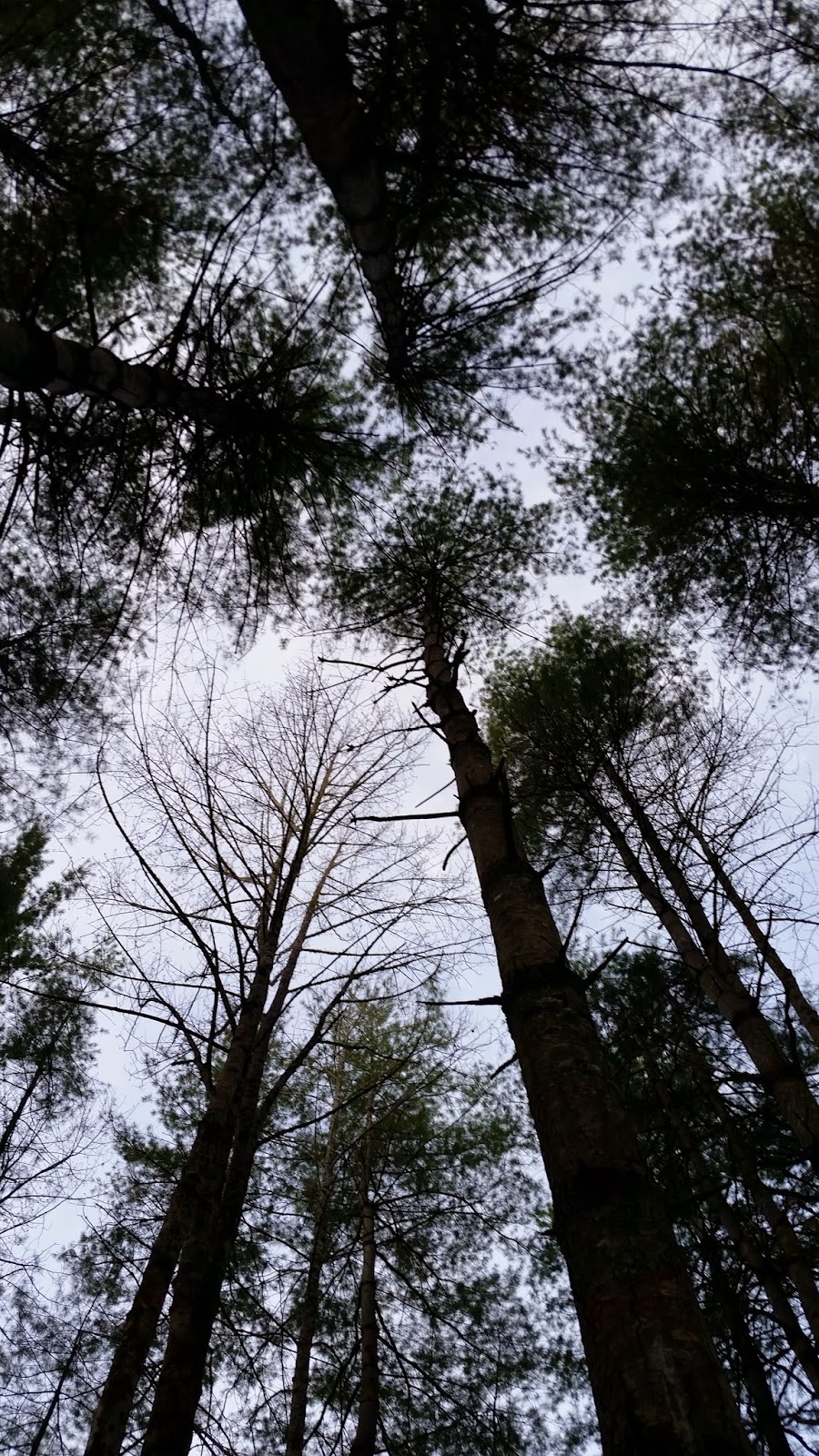 Until I looked down and realized that I’d stayed up a little late the night before. 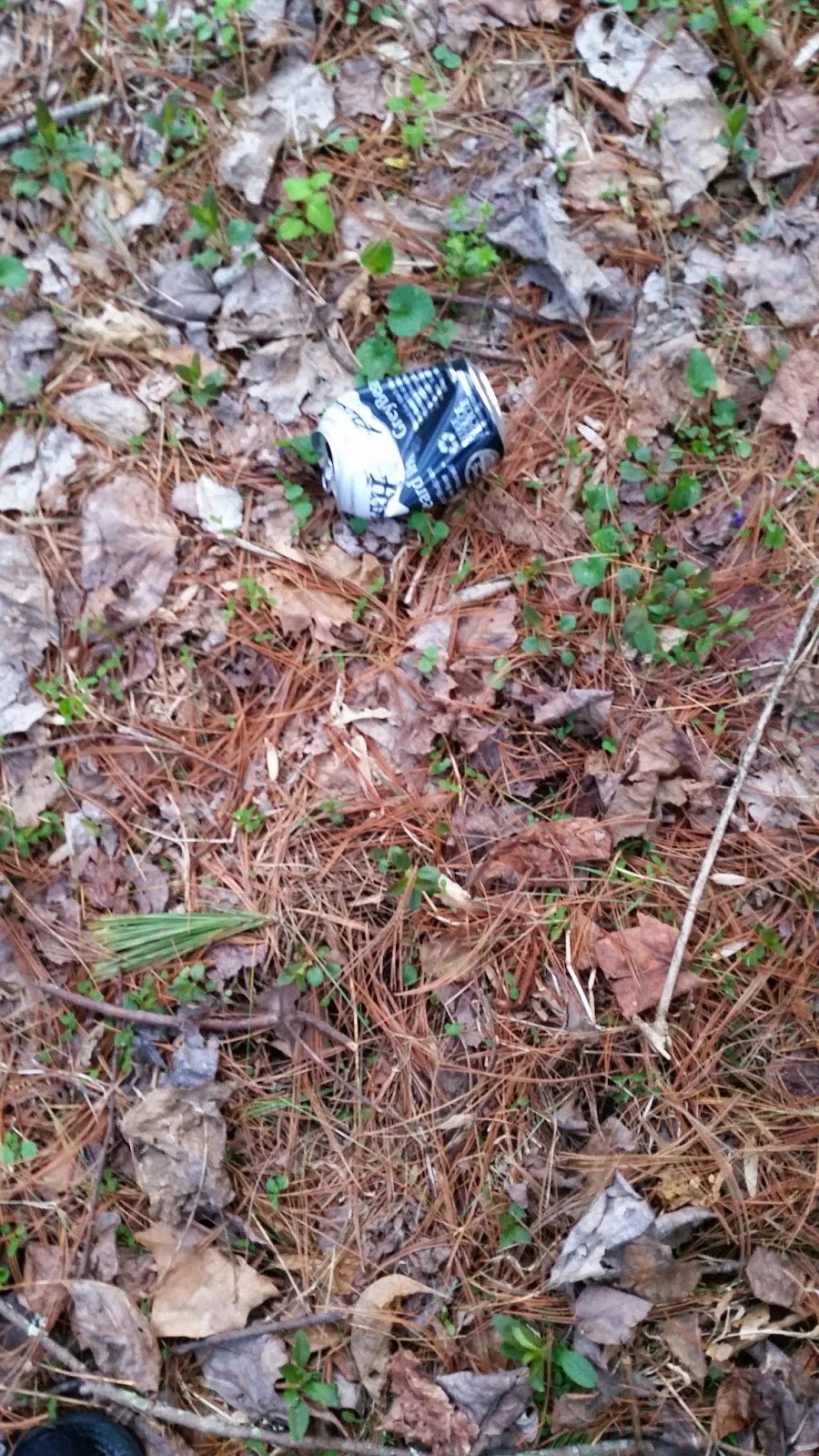 I think I remember chugging that last IPA before I settled into my sleeping bag.  Yay camping.

I slept well.  I always sleep on my stomach at home, so I was a little concerned that I would have trouble falling asleep on my back (hence the “extra” beer.)  I was warm and toasty, and only woke up once due to the call of nature.  Getting out of a hammock in the dark to find a spot in the woods for relief is a little tricky, but I guess I managed.

Or maybe that’s when I drank that beer.  Who gives a shit.

Anyway, it was time to get moving.  One by one, the rest of the campers starting wandering about.  Campmaster Mike cooked up some breakfast, which looked like it was intended for a small army.  So, I ate like I was off to fight a small army.  My stomach was happy, but later it would be disappoint. 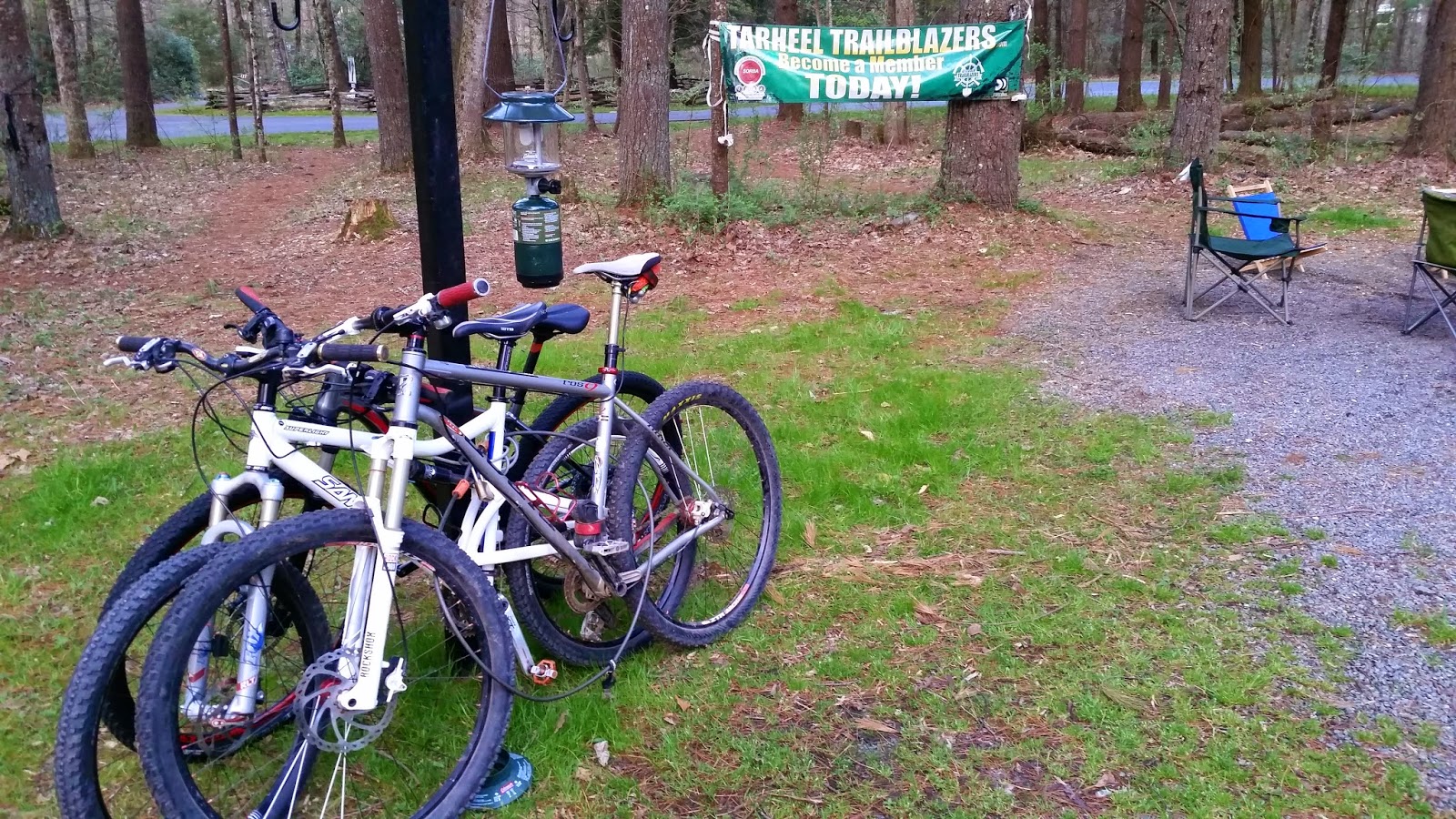 Once everyone got all gussied up, we headed across the street to the Ranger Station to meet up with some out of town folks.  Some people took off to hit some Pisgah gnar, while the rest of us convoyed over to DuPont.  I was leading a touristy ride through the forest, with some rad singletrack thrown in to make sure we could say we went mountain biking.

Tomorrow, we’ll talk about our tour.

Yeah, I’m gonna drag this out.  The weather is shitty, so I have nothing else to do.