A few minute break to eat and refill bottles turned into the end.  I had the chills and ended up wrapping a towel and my jacket around myself to stay warm.  I drank fluids, ate a little, and nearly froze to death.  People kept checking on me, most of them asking if I was okay.

An hour later I was still in my chair, unable to move.

Eastwood walked up outta nowhere, fresh off of a ride at nearby OVT.  He seemed concerned too, but also happy that he had someone to hang out with instead of trying to catch people in between laps.  He sat down in a chair next to me and busted out one of his beverages.  I offered him a cup for it, which meant that I had to get up and walk to the back of my truck.  I figured that I needed to try to move around a little.

It was quite difficult, but I eventually could walk again.  I realized at that moment that getting back on my bike would have been a shitty idea.  I guess I didn’t really have a choice in the matter when I sat down, but whatever.  My body was done.  Trying to fight some kind of illness/infection and forcing it to mash gears on a single speed was like having a race car in the red.

I was done, but not really disappoint.  I got to hang out with some cool people, including these two rad dudes… 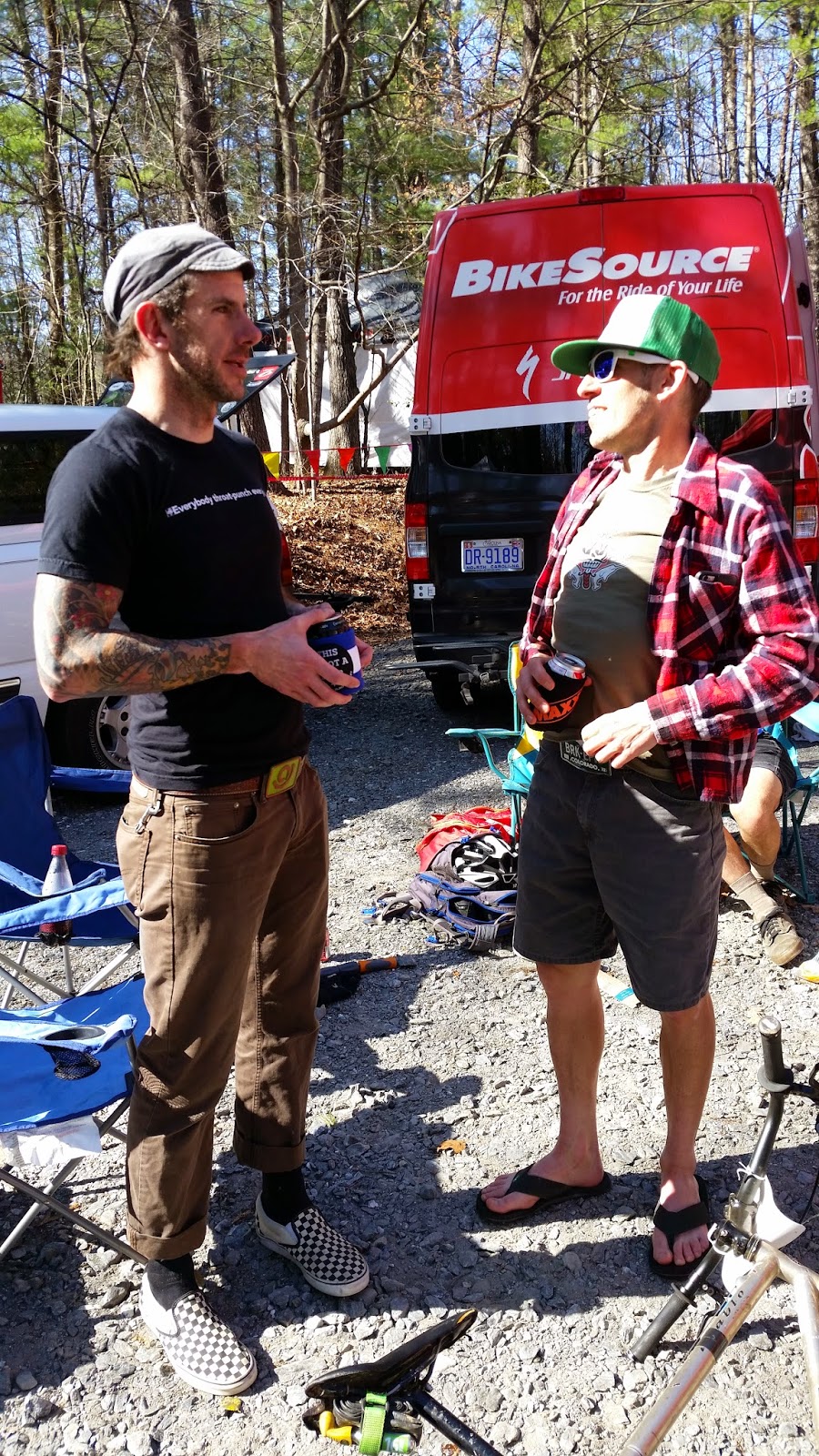 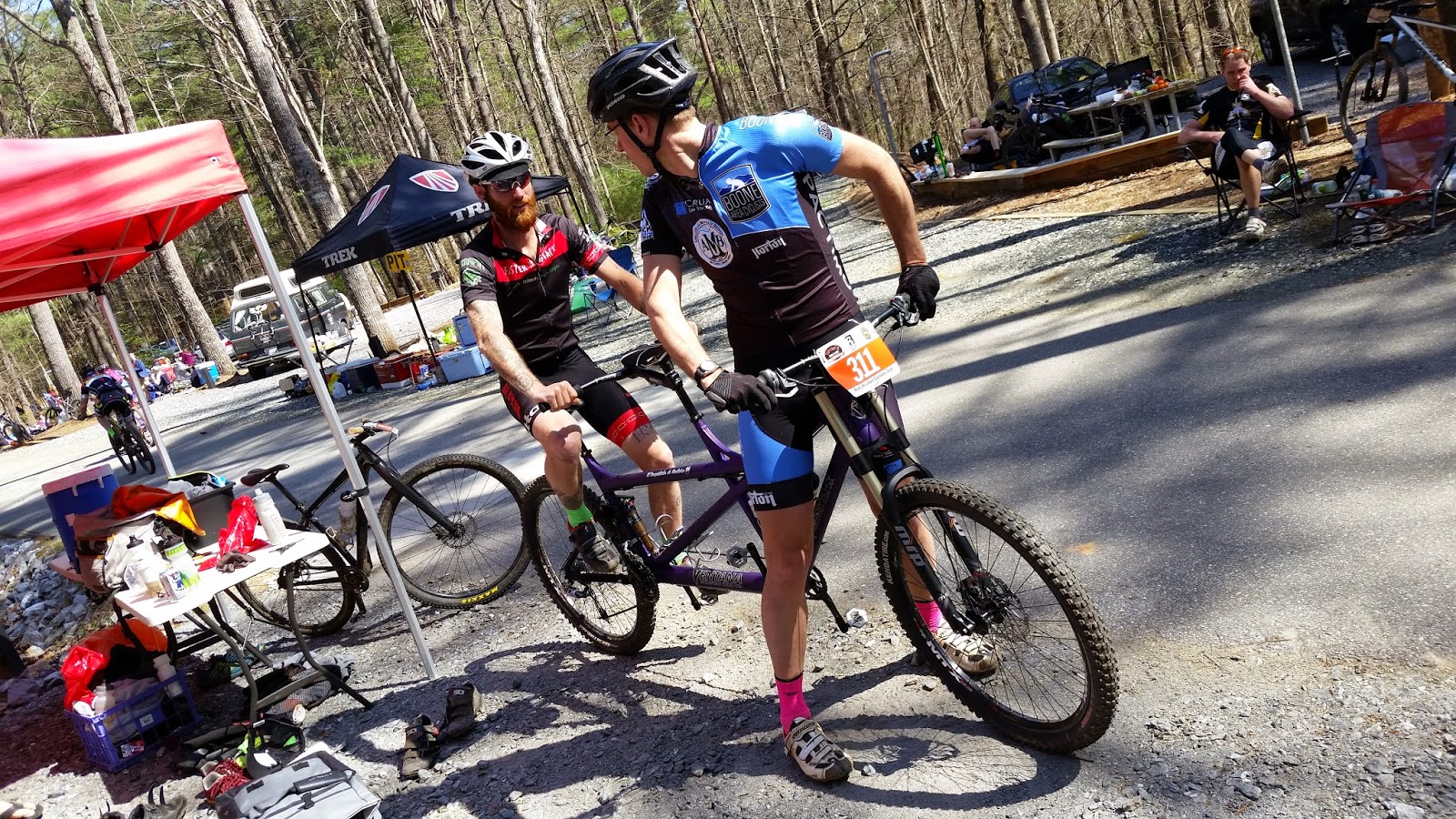 And the most important thing of all?  I didn’t miss the 6 Hours of Warrior Creek.  It’s a tough race, but one of the most fun things I can do on a bicycle each year.  The folks up there put on an awesome event each and every time, and I realized this past weekend that I would almost die trying to be a part of it.  The friends that I got to hang out with, the rad trails, and the great weather made it worth getting my ass dragged outta bed to at least ride a part of it.  It was a good time.

Once I eventually felt like walking a little more (after the race was over), I spent the rest of the afternoon wandering around to random people just to hang out.  I apologize if you were one of the people that I was talking to and then suddenly I was gone.  I don’t remember much, honestly.  It was like being drunk, without the fun part of you know, actually drinking.  Once I finally felt like I could ride in a vehicle again, I didn’t feel like I could drive.  I let the little lady drive my truck for only the second time ever, just to make sure we would get home.

I must have been wiped out.

So yeah, it wore me out.  Again.  And as always, I had fun even though I suffered.  I can’t wait until next year.  Maybe I’ll feel better by then.