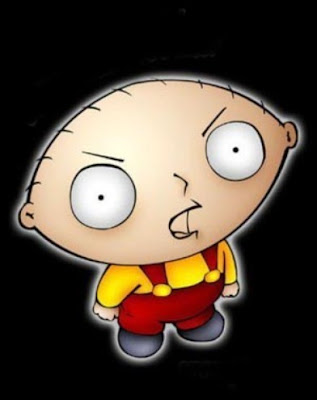 Yeah, I’m not in the greatest of moods. This whole time change shit combined with the upcoming winter season has me a little on the edge. Since I’m not a paid, professional cyclist (it would be hilarious if I was), I have to work a regular job like most people. The problem is now that the time has changed, I don’t get home until dark. That severely cuts into my riding time. I know, I could just ride at night, but it’s hard to get motivated when it’s not bright and sunny outside. I really love riding at night, so it’s looking like that might be my only alternative for weekday fun. I guess I just want to have my cake and eat it too. Wait, that’s a stupid saying. If I had my cake, of course I would eat it. I like cake. 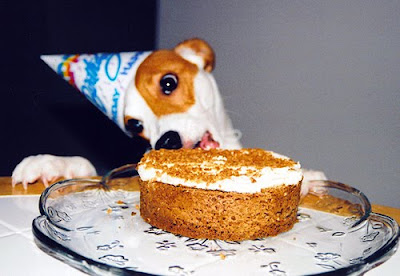 Anyway, I guess this would leave me with more time for projects around the shop. I still have the pending singlespeed conversion on my 29er, but I haven’t gotten around to doing it. It’s not really a hard task, but I guess I’m waiting for the right moment to do it. I’ve been telling myself that since I’ve been injured I should just take it easy for a while. Losing all of my gears would not constitute taking it easy in my book. The whole reason behind me trying out the singlespeed thing would be to make my bike riding more of a challenge, but I’ve been able to do that just fine without getting rid of the gears.

Singlespeed riding would be more difficult, so I figured this would be good “training.” However, since I haven’t been able to ride as much as I’d like to the challenge has been just trying to get in any kind of decent miles at all. I’m getting out of shape a lot faster than I thought I would, so I’m not sure if I should do the conversion right now. One could argue that I would be able to work harder without gears on my bike (and get back into decent riding shape), but I’m afraid that in my current condition I would end up hating it. Hell, I may end up hating it no matter what.

I have a plan (as far as singlespeeding.) Since I’m only doing it for training, the idea is to keep it temporary. I may end up liking it though, and that’s fine. I’m hoping to ride my big wheels with one gear all winter, and then put the gears back on when the “season” starts again. Some of these singlespeed guys are monsters, and there’s no way I could compete with them. What the hell am I saying, I don’t compete anyway.

I guess what I’m trying to do here is motivate myself. The start of the season is a while from now, and most likely (for me) will be the Winter Short Track Series. My first “big” race is the 6 Hours of Warrior Creek, and I’m looking forward to it. Too bad it’s in April, because I’m having a hard time waiting that long. I have to find something else in the meantime. Right now, my “To Do” list isn’t looking too good: 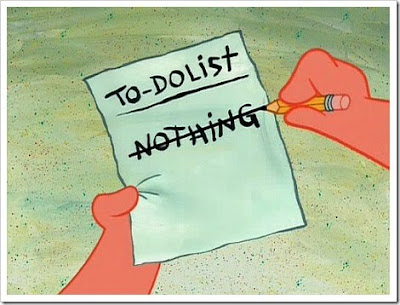 I really have to get back to doing something though. I hope I don’t have to spend too much time on that goddamn X-Bike at the gym like I did last year. That didn’t do shit for my training, so I’d like to avoid it if at all possible. I can’t really do much else at the gym until my rib is fully healed, so if I want to ride that may be all I can get. I damn sure don’t want to be out on the road bike in the dark. Maybe I’ll sign up for a few 5K races or something. Anything to keep me from gaining the obligatory 10 pounds of winter weight. And no, I’m not gonna quit drinking beer either. That’s crazy talk right there. I like beer more than cake. 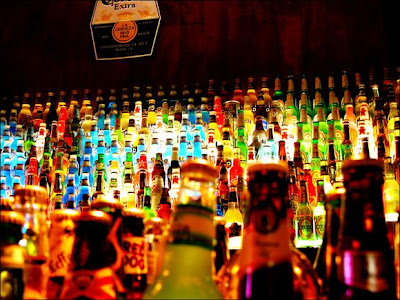 THIS IS FUNNY SHIT.
I too have the to-do list.
Have not checked off NOTHING yet...

Thanks dude. I need to make another list though. That one was too easy.