In this week’s final installment of the blog, I’m all over the place. I’ve got some catching up to do. Since yesterday was all about beer, I won’t mention it anymore on today’s post (although I’m sure to have plenty this weekend.) I have lots of stuff on the calendar, but I guess I can start with an update.


A couple of days ago I took Lunchbox’s broken bike to the shop for warranty purposes. First, I called the folks over at Diamondback Bicycles as soon as they were in the office (they are a few hours behind us over there in Washington State.) I spoke to a very helpful gentleman about our plight, and he explained to me what would happen. Normally, that part of the frame isn’t covered under warranty (something about moving parts and whatnot), but he did say I would have other options if they wouldn’t replace it for free. First, if available, they would offer a discount on a new rear triangle for his bike. If they didn’t stock it any longer, then they would offer up a comparable frame for a significant discount off of the regular price. He said to take it to an authorized dealer to have them go through the process.


I originally intended to take the broken bike over to Ride-A-Bike Bicycle Shoppe in Lincolnton, but I decided not to. While they did give me great service when I broke my frame, I wouldn’t have been able to get there during the week from work. I still love those guys though. Anyway, the folks at Diamondback suggested I take it to Performance Bicycle here in Charlotte, and insisted that they would be fully capable of dealing with the warranty. I go in that shop every once in a while for random parts (it’s really close to where I work), so at least I was familiar with them. Since they are a new Diamondback dealer though, I was a little worried.


I dropped the bike off and spoke to the guys in there, and they assured me that they would get on it as soon as possible. About an hour later, they called and left a message that Diamondback would indeed honor the warranty, and that I could expect to have the rear triangle replaced for free (not including labor for the assembly.) I was pretty happy, and so was Lunchbox. I should see the new and improved bike in about a week. I can’t wait.


While I was in their shop, I picked this up on the cheap: 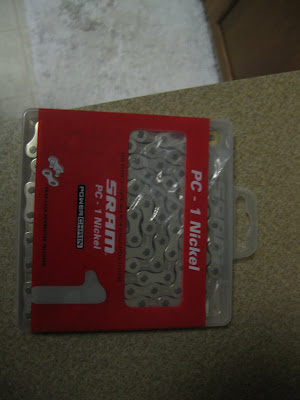 
The singlespeed chain I got with the rest of my parts was not in great condition (although everything else was), so I needed a chain. Now if I could only get off of my ass and just do the damn conversion I would be all set. Maybe I’ll find time this weekend. Or, maybe not.


Tomorrow night, Little Miss Sunshine and I are meeting up with my pals from Cane Creek Cycling Components to go see a little show. Yes my friends, I’m actually doing something other than riding my bike this weekend. We’ll be going to see The Cult here in Charlotte. They are one of my favorite bands, and I have never seen them live (I don’t get out much.) My love for them goes way back to my teenage skateboarding days, when I saw an ad for one of their albums in Thrasher Magazine. The rest is history. While I enjoy all types of music, The Cult is tops on my list. Maybe I’ll come back with a report on them or something. Lucky you. Here’s a video in case you live under a rock and have never heard them before:

Sunday, I’ll actually be out on the bike again. It’s time for another one of our Tarheel Trailblazers Kids Rides. We’ll be taking the little ones for a ride on the trail at Sherman Branch, and I’m looking forward to it. Maybe after the Kids Ride I’ll go out for a few laps on my own just to get some miles in. Since Lunchbox won’t have his bike back in time for the ride, he’ll be borrowing my small-wheeled bike: 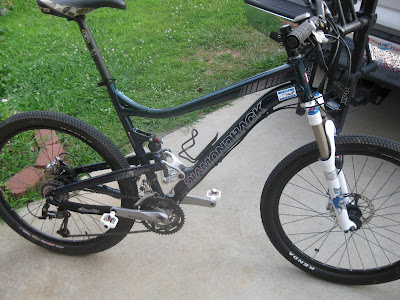 It’s not like it gets a whole lot of use anyway. Hell, I let The Chili Man use it the last time we went out to ride. I’m all about the 29er now, so the small, squishy bike has been getting less and less love (it doesn’t help that the damn thing threw me off of it and damaged my body the last time I rode it either.)


Anyway, that’s it for today. Of course I’ll be back next week. Where the hell else would I be? Oh yeah, maybe I’ll have an important announcement for y’all. Maybe not. Tune in to find out. 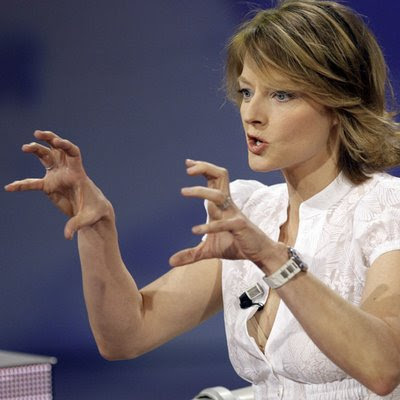 I'll trade you a meatloaf for the squishy bike!
(Lunchbox NOT included!)

Not this time, Chili Man. Maybe if you offered up your truck or something.