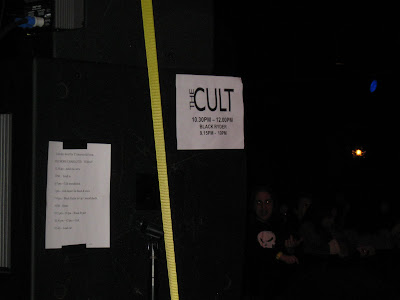 Even though this isn’t a music blog, I thought I’d still talk about what I did Saturday night. I mentioned on Friday that I was going to see The Cult with some friends. After having a nice dinner at East Boulevard Bar and Grill, we arrived at the venue a little before the doors opened. 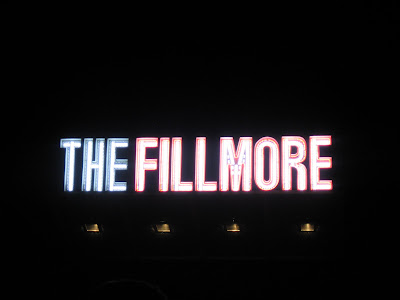 We eventually got inside and found our way to the stage. This was my first show at The Fillmore, and I was pretty impressed at the facility. It was pretty nice inside, and had these cool chandeliers everywhere: 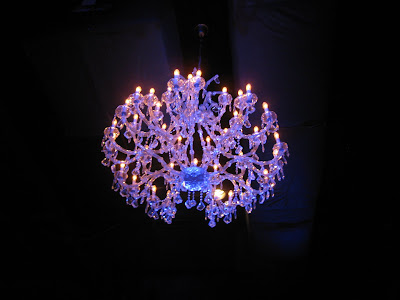 The stage was all set: 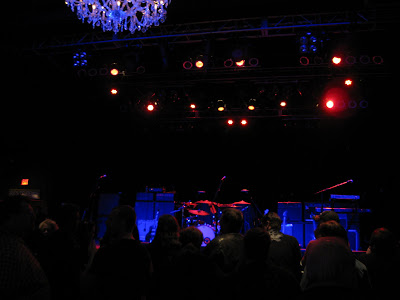 We waited for a while for the opening act to come out (since we got in there so early.) I decided to make a quick trip to the restroom before the show started, so I made my way through the crowd in search of the facilities. When I finished up and started to wash my hands, I heard some really loud music. I guess the show had started. I hurried back through the herd of people and found the rest of our group. Then, I turned my attention to the stage: The opening band was called The Black Ryder. They are from Australia, and The Cult was kind enough to let them tag along for their tour. Normally I wouldn’t be interested in seeing some band struggle through their career since I was there to see an “established” band, but there was something different about this group. The music was pretty good, but the lead singer caught my eye: 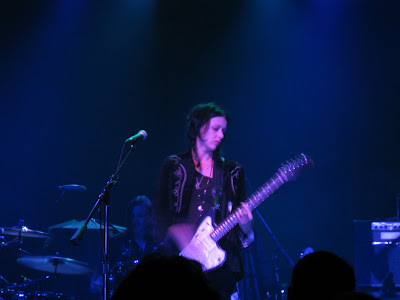 The picture is pretty shitty, I know. Maybe it was the lighting or the fact that her voice was really nice, but she was a babe. I was digging the music, but my attention kept being drawn back to her. After looking around the room, I noticed that all of the men in the audience were staring at her with love in their eyes. Maybe it was the alcohol that was flowing freely, but it seemed like everyone was taken with this young lady. It was kind of like this:

The music wasn’t my favorite style, but it’s probably worth another listen. I found some stuff on You Tube, but I actually preferred hearing them live. After they played their set, we were left waiting for the main attraction: 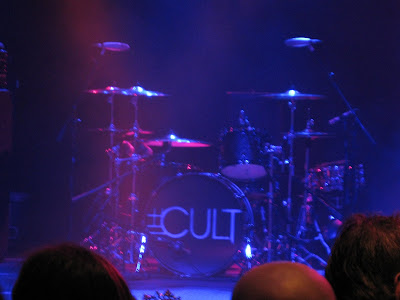 It seemed like it took forever to get everything setup for The Cult, and some people were getting impatient (myself included.) I started looking around the room, and aside from the piss-drunk people in the crowd that you would see at any show I saw this guy: 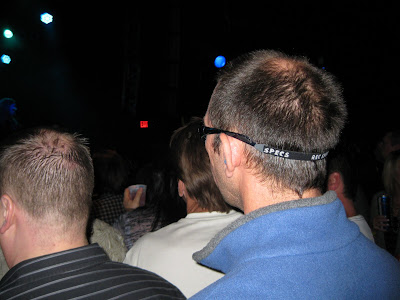 He would be so ready if a racquetball game broke out during the show.

After what seemed like forever, The Cult took the stage. The energy was high, and they did not disappoint. They played most of their hits, including Fire Woman, Love Removal Machine, She Sells Sanctuary, and others. They even played my favorite song, New York City (which made my night.) The place was rockin’, and I didn’t want it to end. 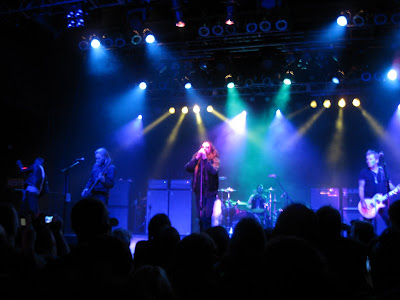 Ian Astbury was such a gracious performer too. After every song, he said, “Thank you. Thank you kindly.” 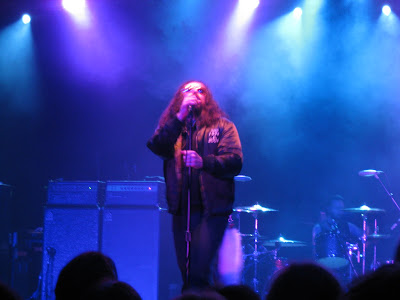 Billy Duffy didn’t disappoint either, as he was tearing up the guitar. After being around the music scene so long, you could tell that these guys still enjoyed playing shows for their fans. My love for The Cult started way back in my teeneage skateboarding days, and I’m glad I finally got to see them live. Thanks to my friends Jason and Jess for joining Little Miss Sunshine and I for a fun evening. I gotta get out more often. Back to bike stuff tomorrow.
Posted by TheMutt at 9:32 AM

Email ThisBlogThis!Share to TwitterShare to FacebookShare to Pinterest
Labels: The Black Ryder, The Cult, Wayne's World