Not The Review You Were Looking For

The review I’ve been talking about for the past few days will have to wait until another day. With the Thanksgiving holiday coming up tomorrow, I figured that most of you were concentrating on eating turkey and drinking beer anyway. Speaking of beer, here is my latest find: 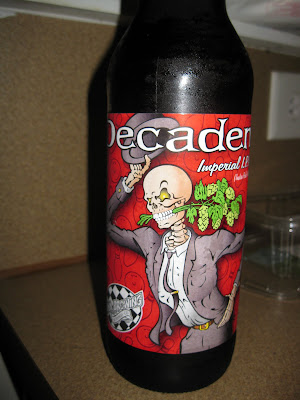 This is a nice bottle of Decadent Imperial I.P.A. from Ska Brewing Company. I was in the local beer supply store da udda day and the bottle caught my eye. Not the fancy design mind you, but those three little letters (I.P.A.) The top of the bottle even looked cool though: 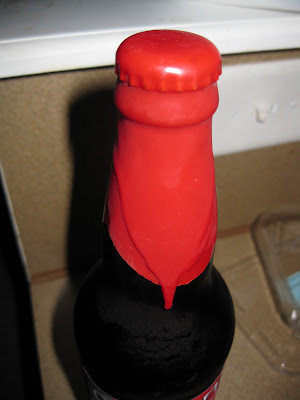 It looks like they used a wax-like substance (most likely wax I guess) to seal the bottle in addition to a standard bottle cap. I’m not sure of its purpose, but it looked pretty cool. I thought it would be difficult to open the bottle with that stuff on there, but it really wasn’t an issue. A standard bottle opener is all it took. That was a good thing, since I don’t need an extra step added to my beer drinking process.


I poured the beer into a glass, and took a sniff. Wow, it wasn’t overpowering, but you could tell it was full of goodness. I’ll admit, I’m really into hoppy beers, and this one looked promising. I took my first sip and I was in heaven. It was pretty strong (just how I like it), and the taste was phenomenal. It was a little sweet, but not too much that I felt like I was drinking liquid candy. The bitterness balanced out the sweet for sure. There was a nice hoppy aftertaste too. If you have the means, I highly recommend picking one up. 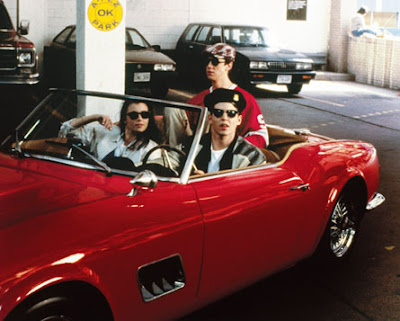 I swear I’m not copying George by posting about a beer from the same company. I just found this one, and I love it. I have yet to try the Modus Hoperandi that he mentioned, but I will get to it when I find one. Possibly soon, my friends.


Hopefully you all have a good Thanksgiving. You know, drinking beer, eating turkey, and all that good stuff. I’ll probably eat some turkey too (and drink lots of beer). I hope the turkey isn’t too big though: 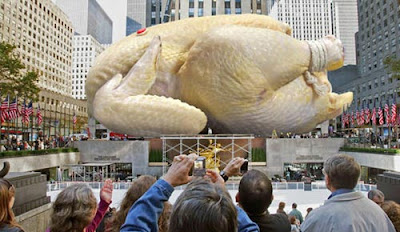 On second thought, maybe I’ll just go for a bike ride on Thanksgiving. I’m thankful for big wheels, knobby tires, and singletrack anyway, and I certainly don’t need to stuff myself full of cooked bird and put on more “offseason weight.” Riding sounds like a better way to celebrate anyway. Lunchbox and I are planning an out of town bike trip on Friday, so I guess I’ll see y’all Monday. I need a break, and a road trip just might do the trick..
Posted by TheMutt at 8:11 AM

have a great thanksgiving! enjoy a few IPAs