Way Of The Samurai 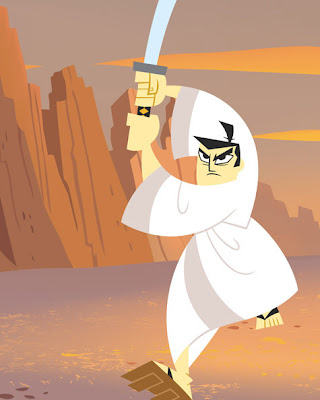 Yeah, it must really seem like I’m digging for shit to talk about now (at least if you read the title.) Actually, I’ve been meaning to talk about this particular subject for a while. An old Army buddy of mine met this guy named Takashi Matsumoto a couple of weeks ago that was on a journey across the United States on a bamboo bicycle. According to his blog, Bamboo Samurai, “he promotes bamboo, bamboo bikes, and the neglected bamboo forests problem in Japan.” He had set out on a cross country adventure from the West Coast of the U.S. to the East Coast. The route would take him from San Francisco to New York, all while riding his custom bamboo bicycle. 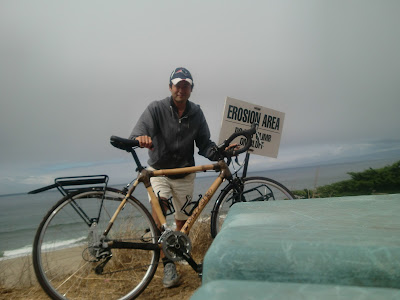 My buddy Lew just happened to be on vacation in Missouri, and met the guy outside of a Bed & Breakfast. The owners of the place weren’t around, and he needed a place to stay where he could sleep and protect his bike. He had never stayed in a U.S. hotel before, since he had just been staying with people along his route. Lew packed his bike in the trunk and took him to the hotel. When he told me this I started following his adventures. Here’s a photo: 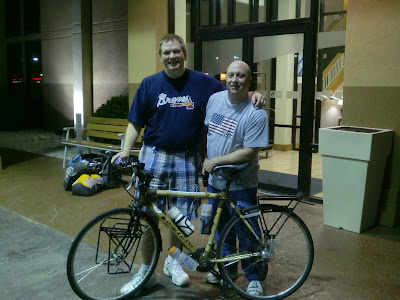 The next thing I heard was that he had been involved in an accident (Takashi, not Lew.) A lady driving an SUV hit him while he was riding, and he sustained a few injuries. Here's a link to the news story:


He was banged up pretty bad, and his bike was toast. Lew took the short drive up to see him in the hospital, and things weren’t looking good as far as continuing his journey. Here’s a quote from his blog while he was in the hospital:


“We were both injured by a traffic accident.
But don't worry.
I could walk alone and bone was not broken. This was a lucky in unlucky.
And I don't lose challenging spirit yet to continue this trip. I had 2 broken parts of bamboo bike as memorial records of this trip. Oh...bamboo bike, I am sorry.”


After recovering in the hospital for a few days, he was released. Still injured, he vowed to continue his journey. A new bamboo bike is on the way, and he picked up some supplies for the remainder of his trip. That is the latest (as of today.) He seems like he’s in good spirits, especially for someone that was just run over by a giant American SUV. I’m sure it’s tough for him to keep going on, but we could all learn something from his adventures.


What have I learned? Well for starters, my injury is not really that bad. Sure, I hurt like hell, but that shouldn’t keep me off the bike. I’m just riding for fun, but it’s what I love to do and I’ll keep doing it until I can’t do it any longer. I’ll take it easy for a while, but I’m getting back on my bike as soon as I can. I’ll start tomorrow, when I take a nice leisurely ride with the family. I’m no Bamboo Samurai, and I surely don’t claim to be some kind of tough guy. I guess it’s all about doing what you love.


Do me a favor and follow the Bamboo Samurai for the rest of his adventure. Maybe you’ll learn something too, or at least be entertained. Just remember to keep coming back here. I will ride again, and you'll get to read all about it. Lucky you.
Posted by TheMutt at 8:16 AM