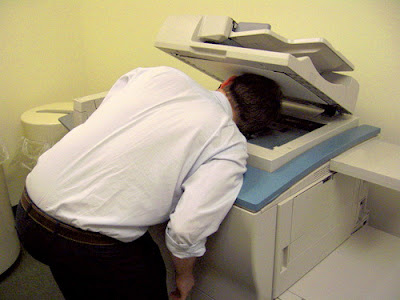 Yeah, that’s what I did on Sunday. Originally I thought I would go for another bike ride, but I kinda overdid it riding at the year-end party on Saturday. I wasn’t hurting too bad, but I didn’t want to mess up the whole recovery process of my broken riblet. I thought that it would be better to take it easy and stay off the bike, even though I was dying to get back on it. The Dirty party Cycle was taking his big wheels out to Sherman Branch for a nice ride, and I kind of regret not going. I’ll resume a regular riding schedule soon enough, I suppose.


So what did I do? Well, to keep with the title of this post, I decided to waste a little time shopping for bike shit I didn’t need. Yep, I grabbed the fam and went to the Charlotte Motor Speedway for the The Big Stampede Southeast Bike Expo & Swap. 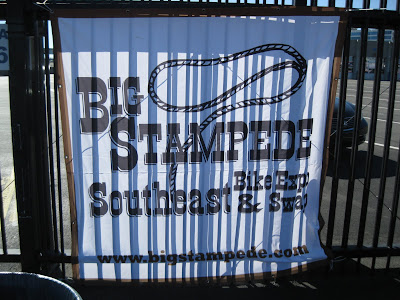 Yeah, it’s a shitty photo, but whatever.


This event is basically a bicycle parts flea market, and I figured that we should go in case there was something we couldn’t live without. I’m a sucker for new (used) shit, so I hoped that I would find some deals. We drove into the infield of the racetrack to get to the shopping goodness, and what I saw was a NASCRAP lover’s dream: 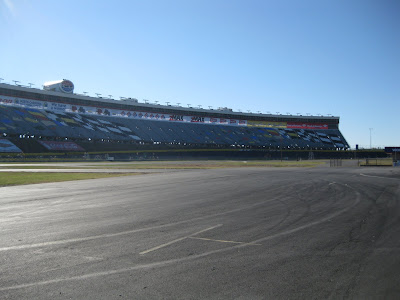 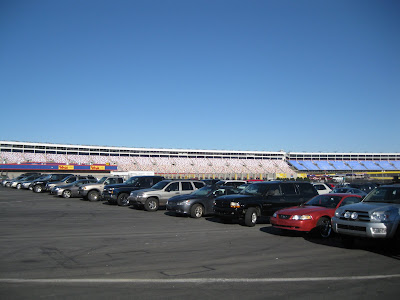 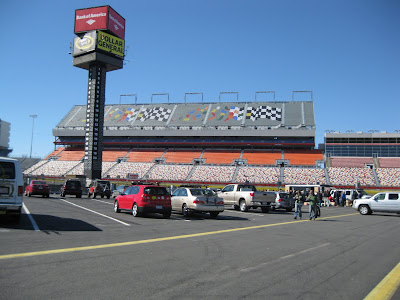 We each paid our five bucks at the gate and went inside. It colder than Jack Frost’s nipples outside, so it was nice to get inside with hundreds of other warm bodies. The place was fairly crowded with deal-searchers such as myself, but a little light in the vendor department. I snapped a quick photo of the inside stuff: 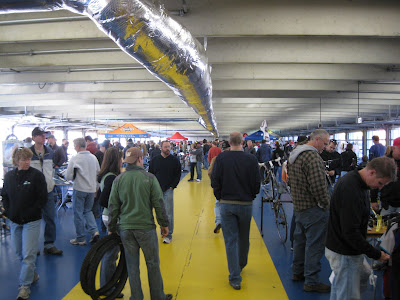 We walked around to each table, and everywhere we went we ran into someone we knew. I spent more time talking to my cycling friends than I did shopping. I didn’t find a whole lot to make me part with my cash either. So, it looks like I paid money to socialize with the rest of the Charlotte cycling community. We all wandered around looking for anything we could buy, but I was striking out. Quite a few of my cohorts said the same thing. We went for one more pass through the exhibitors, and I finally found something: 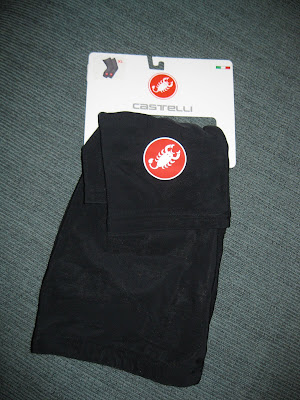 Yep, knee warmers. It’s starting to get cold here, and I found something to keep my knees from freezing. I guess that’s a common problem with cycling in the winter, so crisis averted. Lunchbox picked up some DeFeet arm warmers, even though he already has a pair. He said he would use the new ones for skateboarding. Good idea, I guess. Little Miss Sunshine picked up some things and put them back, having a hard time deciding if she really needed anything at all. I guess it was somewhat of a wasted trip, aside from all the socializing we did. I think we pretty much made out like Charlie Brown at Halloween. 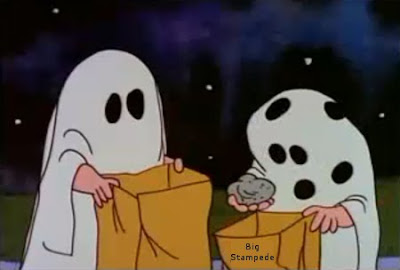 Yeah, I usually like going to this event, but this year it wasn’t so great. There were a few of the “usual” vendors missing, but I don’t think that was the problem. Maybe I have enough shit accumulated in my garage to keep from from buying new shit to accumulate. I only have one project in the works (single speed conversion on my 29er), and I have everything I need for that (for now.) I guess I should get started on that pretty soon so I’ll have something decent to talk about. The Big Stampede was not what I had hoped for. 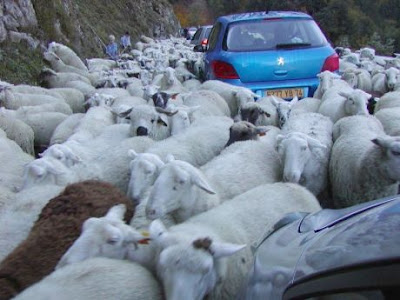 I do have some exciting news forthcoming, but I’ll wait as long as possible to tell you like I always do.
Posted by TheMutt at 8:18 AM

Yeah, I'm a tease. I learned it from the best though.