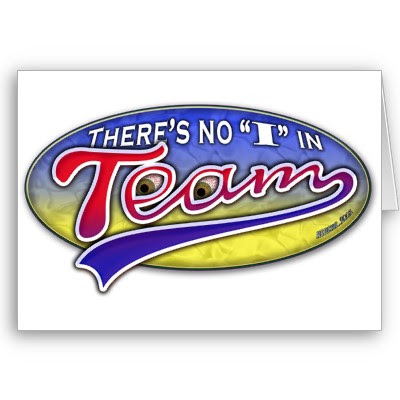 But, there’s a “me.” What does this mean? It means that I have news for you. Recently I was contacted about becoming a member of a prestigious cycling team. No, not one of those doped up roadie teams that ride in the Tour de France. As if. Nope, I’m talking about a mountain bike team. Wait, don’t I already have a team? Well yeah, but this is better. The “team” here at B-43 is basically a group of friends and family that have the unfortunate distinction of being associated with my crap and nonsense. Maybe I should give you the history of the B-43 name (and drag out the announcement.) Here goes.


Back in my skateboarding youth, we always talked about the coincidence number, 43. It has always been associated with bad luck much like the number 13 is to most normal people. We weren’t normal though, so we had our own “special” number. Basically, that stupid number would pop up anywhere and everywhere, and it was usually a bad omen. Most people were unaware of this phenomenon until we informed them about it. Shortly after they were introduced to the coincidence number, they started seeing it too. Over the years, it has been spread to college campuses, military installations, and other places all over the world. I’m not saying that we originated it, but the small town in Florida where we all grew up was pretty much disconnected from the rest of the world during the time we started seeing the coincidence number. Have I lost you yet? Good.


Years later, the number was still affecting our daily lives. We decided to embrace it and try to turn it into something positive. Back when Lunchbox was about 4 years old, we found this super cool skateboarding spot across from his preschool. Mr. Shepherd and I would skate there almost every day. One day while taking a break, a cool breeze blew this little piece of cardboard our way. We picked it up, and noticed that it had the letter B inside a circle. We had never seen this before, but we thought it was pretty cool. From that moment on, that sweet skateboarding location became known as The B Spot. Shortly thereafter, we started writing B-43 on our skateboards. I put together a skateboard video a few years ago, and came up with the B-43 logo you see above for the opening credits. B-43 had begun, and we had no idea where we would end up.


Once I started getting into racing mountain bikes, I borrowed the B-43 name and logo from our skateboarding adventures. It was a way of life at this point, so it just fit. The “B” never really stood for anything, but I guess in retrospect it could have stood for Board (as in skateboard, in case I lost you again.) I still ride skateboards, but I guess the “B” now stands for Bike, if it should stand for anything at all. That’s pretty much the story, and it actually ties in quite nicely to my uh, announcement. You ready? Good.

Ladies and Gentlemen, I will be riding for someone new for the 2011 season:

Yes, I will be representing the fine folks at Bike29 for my racing adventures next season. They were gracious enough to pick me for the team, even though I still own a bike with smaller wheels. My 29er, The Big O, is the only bike I race these days though. I’m really happy that I’ve been selected for the Bike29 Team, and I look forward to flying the B29 colors. I’m not sure how I made the cut, but I am humbled by it. Maybe George really digs his “Genital Non-Displaying Device” (made by B-43’s own Little Miss Sunshine) or it’s possible that Dicky put in a good word for me. Yeah, that’s it.


Actually, I think my cat pulled a few strings to get me on the team: 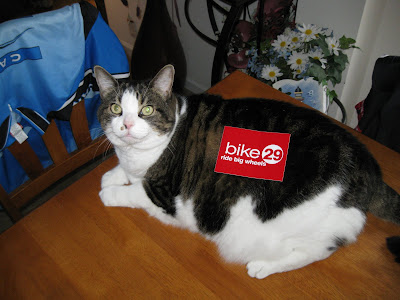 What is Bike29, you ask? Well, it’s an online store dedicated to 29” wheeled bikes. It is the best place on the whole Internets for big wheeled bikes and accessories. They’re not just on the Internets though. There’s actually a real shop, located in Waterbury, Vermont, and it is operated by real people. And you thought alien robots invented the 29er, huh? Oh yeah, they have a really cool blog you should check out too.


If you need anything for your 29er (you do ride one, right?), then head on over to their site and buy something. Lots of somethings. If you don’t ride a 29er, then why not get your first one from Bike29?
Posted by TheMutt at 8:11 AM