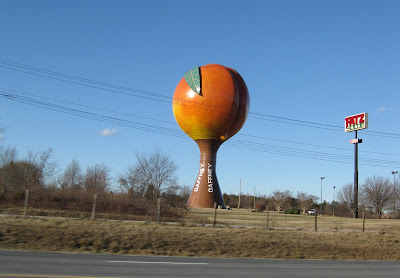 Well, the above photo was taken in Gaffney, SC (between Charlotte, NC and Atlanta, GA.) I’ve been there all week working on a project for my real job. While it sucks to drive that far every day, it is nice to get out of the office for a while. The bad part is, there are no trails nearby, or even any bike shops to piss away my time during lunch. The good news is, I’ll be done down there by the end of the day. Whew.


Last night, I was actually able to get out and ride my bike. No roadie shit, or even an inside ride on the trainer either. I actually rode my mountain bike, but unfortunately it wasn’t on a trail. I took The Big O out for some urban mountain bike action. The goal was to ride for 30 minutes or more, and bust my ass trying to climb up hills and such. I figured that if I was gonna get better at this racing thing, I probably should ride more than once a week (that once a week being the actual race even.) While it wasn’t as good as riding on a trail, it was still pretty fun. The trails around here will probably be closed for the rest of the winter with all of the shitty weather we’ve had lately, so it looks like urban mountain biking might be my only option for a while. It’s better than nothing I guess. 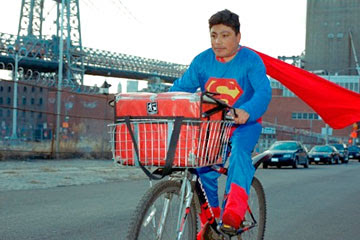 Since I’ve bored you to death so far, I might as well keep going. When I took my video camera to Sherman Branch da udda day, I ended up with a lot more footage than I needed. Since I had nothing better to do (like riding), I took a little bit more of it and made another piece of shit video. Ladies and Gentlemen, the sequel:

Yeah, it sucks the big one, but whatever. Hopefully you were the slightest bit entertained. Now, I’m off to check out that Peachoid thingy again. See ya tomorrow.
Posted by TheMutt at 8:45 AM

Shame we had to just look at you handle bars

I warned you that it sucked. Next time I'll strap the camera to my ass and see if the video comes out better.