Riding Dirty (But Not Really) 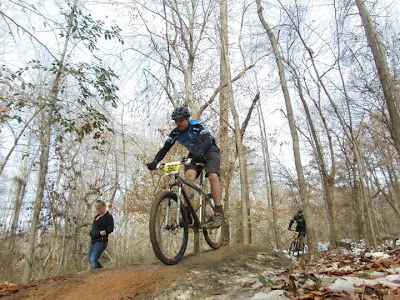 My first race in the Winter Short Track Series was a mess, but I kind of enjoyed getting dirty. My jersey (after being washed several times) is still spotted with Carolina mud, and it serves as a reminder of how much of a mess that race was. I washed my bike directly after the race, but I still haven’t had a chance to check it out completely. As far as I can tell, all parts are functioning as they should. I was hoping for a ride last night after work, but the damn rain came and washed my dreams away.

What to do? Well, I could have spent time in the garage working on The Big O to get it in tip top shape for next week’s race, but I found the beer fridge instead. My assistant, R2-D2, was supposed to get on it but I heard him mumbling something about going down to Anchorhead to have his memory erased. Bastard. I guess I’ll get to it later in the week, and maybe even try to get in a ride. No the trails around here aren’t open, and you damn sure won’t catch me riding the trainer indoors. I was hoping for a little night time urban mountain biking action, since it’s the next best thing to being on the trail.


So what’s this talk about (not really) riding dirty? Well, If you’ve been paying attention, then you know that a while back I did a review for the Clean Bottle. I was so happy with them that decided to give them my support for this season. And just like that, this little package showed up on my doorstep: 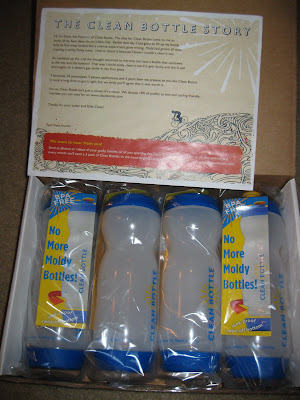 So, for the 2011 season I’ll be exclusively using the Clean Bottle for all of my races. Since they were brave enough to show their support for me and the rest of the crew here at B-43, I want to encourage all of you to head on over to their website by clicking the logo over there to the left. Tell them I sent you.
Posted by TheMutt at 7:17 AM

I was thinking about your comment you left me regarding your availability to assist with my build a bear...sorry, built a bieke project. I would like to take you up on it but know your wrenching abilities...and will still take you up on it.