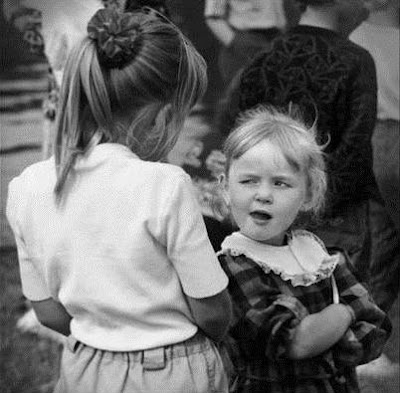 One would think that with all this talk about Bigfoot around here lately that I’ve lost my mind (due to my limited riding adventures.) No my friends, my mind was lost long ago. Actually it’s not a by product of my lack of riding at all. I do believe in Bigfoot, since I’ve actually seen one. 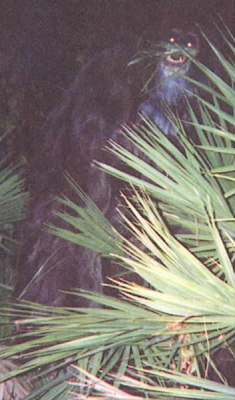 Not my photo. This is the alleged Skunk Ape at Myakka State Park in Florida.


Way back in the mid 1990’s, I was traveling home from the beach on U.S. Highway 50, near the town of Christmas, Florida. It was dark, and I was pretty sleepy. I had my windows down to enjoy the nice summer air, when all of a sudden I smelled the most horrible thing. It smelled like a skunk and rotten cabbage. Just then, a large, hairy-looking creature ran across the highway in front of me. I hadn’t been drinking or anything, so I’m sure I saw it. Yeah, it could have been one of the local townspeople, but I knew I saw the Swamp Cabbage Man (the Florida Bigfoot.) There have been plenty of other sightings all over the state, but no one else I knew had seen one. I still believe I saw it, but that was the only time. If these guys were around back then, I would have told them.


Now that I live in North Carolina, I’m hoping to catch a glimpse of a Bigfoot around here. There have been recent sightings, so maybe luck will be on my side. I know he exists. I just received a hand-written letter from him which should remove all doubt: 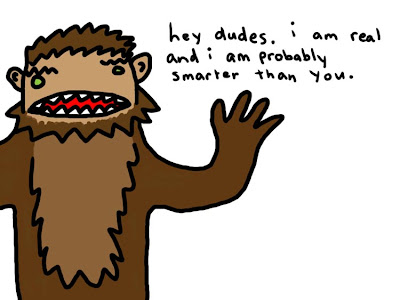 See? He’s even somewhat of an artist, what with his cute cartoon depiction of himself. So, in addition to attempting a shitload of races this year, my goal is to find the North Carolina Bigfoot. Maybe I can lure him into a trap by using a kitten. I hear that they love them: 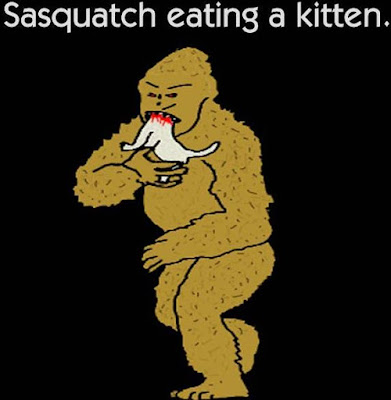 Okay, enough of this Bigfoot shit. As you can see, I can’t really come up with too much bicycling stuff today. I would apologize for your suffering, but I don’t really care. I hope like hell I can get out for a ride this weekend, and I promise that I won’t mention you-know-who when I talk about said ride. The weather might not be too promising, so that may mean I’ll have to break out the road bike again. Meh. When will this craziness end? Sometime in the near future I hope. Have a good weekend.
Posted by TheMutt at 8:09 AM