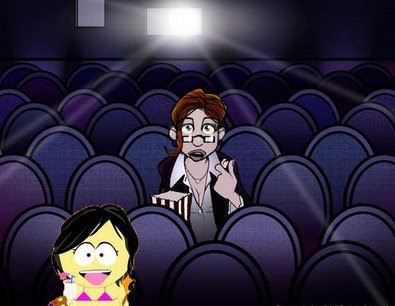 I finally got some video with my new GoPro HD HERO, last Sunday when I rode at Sherman Branch. I got a chance over the past few days to edit some of the footage, and I came up with a small clip for you. It’s not the greatest movie ever made, but I had fun doing it. One thing I learned right of the bat (besides actually turning it on before I started riding) was that I had the damn thing pointed too low when I rode. Since my seat is up so high, you get to see a little unwanted pedaling action on my part. Sorry about that. Check it:


Not too terrible I suppose, and you can’t really tell how muddy the trail was unless you look real hard. Towards the end of the video, you can see that my tires were covered in mud and leaves, and you even see me sliding off of the trail a few times. Bear with me on this video crap. I’ll get better at it as I go along, and maybe one day I’ll crank out some kind of epic movie. Okay, whatever. I’ll be lucky to get any good footage at all. Maybe I’ll bring it along for a few races this season.


Speaking of races, the Winter Short Track Series starts this Sunday. I am as far as I can be from ready. If you could hear the actual audio from my movie (not the music), then you would hear me breathing like Darth Vader. Not cool. I’m sure carrying 20 extra pounds of body weight and riding through the cement-like mud didn’t help. Sure, I’ll be racing in the big boy class, but that doesn’t mean it will be easy. If I manage to stay out of last place in the first race, it will be a huge accomplishment. Well, that’s if I race at all.


Wait, what? IF I race? Yeah, let me explain. Last year, I built up the Greatest Piece of Shit on Earth, I mean the Greatest Short Track Bike on Earth specifically for that series. I used mostly used parts to put together a bike that I didn’t care about, but would somewhat function properly so I could finish races. Since the weather was so shitty during the series, but I never once worried about ruining anything on that bike. It was sort of a “throw away” bike so I didn’t mess up my primary bike that I raced the rest of the season.


Now I only have one “race bike”, and I don’t plan on beating the shit out of it in some sloppy race series (it probably will be) just for the sake of getting out there. It’s too late for me to build up a spare (I don’t have any spare 29er frames or parts hanging around), so if the weather (or the trail) is too bad I’ll just hang out and heckle the other riders. This of course is a race day call, and I’ll take a few laps on the course before I make my decision. I’d like to be able to concentrate on the rest of my season without having to worry about repairing my bike just before the good stuff starts. I guess you’ll either get my full race report on Monday, or you’ll see lots of photos of other people tearing up their bikes. Stay tuned.
Posted by TheMutt at 8:15 AM