I’m Not In Sin City 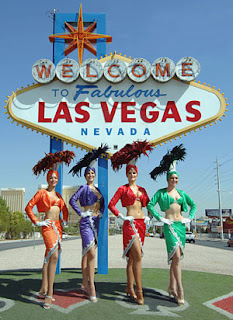 Unless you live under a rock, you’ve probably heard that Interbike is going down right now in Fabulous Las Vegas.  Although I wanted to go out there to see all the shit that needs to be seen, I didn’t make it.  I passed up a chance to go last year because of work obligations, but I figured I’d get there eventually.  This year I didn’t really put in the effort, so now I’m on the outside looking in.  I’m not really disappointed, other than the fact that I wanted to visit my long lost brother out there.  I haven’t seen him since we were in Elementary school, and I planned to use that silly trade show as an excuse to travel out there.  I’ll get out there one day I imagine, but not necessarily for Interbike.  Besides, between Twitter and Facebook I’m getting all the coverage I need.

That means I don’t need to spend any more time talking about it here, except for this e-mail I received yesterday:

Thanks for the story. It's too bad that your crank arm failed but at the
end of the day you we're still able to finish the trail. the post was
awesome. Anyway I'm a weekend MTB rider too and also love the trails. In
connection to that, Could we feature here some of the upcoming bikes and
parts of the upcoming Interbike in LV? I know most of your readers are also
excited with the new released bikes and components. Are you interested?

Looking forward to your response.

Now the odd thing about this e-mail (other than the fact that she said my post was awesome) is that both Chris Strout and Peter received ones a lot like it.  Although “Elle” referenced one of my posts like she actually read it, the whole thing seemed kinda off.  I checked my stats and saw that “Elle” read my blog from the , and she got there from Dicky’s blog.  Apparently, he has connections over there and he's not telling us about it.

Strange things are afoot on The Internets.

So anyway, since I’m still here in good ol’ , and not in the great state of , I did a little video editing from my FATS trip.  Sadly, I wasn’t running the camera when I crashed.  That would’ve made for a good video for sure.  For now, you’ll have to deal with my usual shit, with a little extra speed thrown in.

Yeah, it’s about average…or below that.

Better than nothing I guess.  I try not to set my standards so high.  You should try that too.