After the Kids Ride on Saturday, I had lots of things I wanted to do.  First and foremost, I wanted to ride some more.  Even though it was a fun day out on the trail with all the kids, I didn’t get too many miles in.  I also had to mow the yard, clean up the garage, and I even wanted to get over to Captain Jim Bob’s Space Adventure for some trail work.

I was tired as shit though. 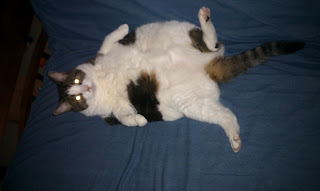 I knew that if I stopped moving, I would be out just like my cat was (she sleeps all day anyway.)  When we got home, I went right out to mow the yard.  It didn’t take long since the grass is barely growing these days, so I was still left with plenty of time on my hands.  Rather than go inside, take a nice shower, and have a good nap, I stayed out in the garage for a little spring cleaning.  I got a lot done (including building some bridges for my private trail), but the only thing I photographed was this: 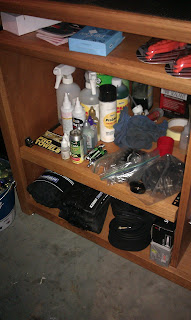 I picked up a new storage thingy for the garage a while back, and it helps me to keep my shit in order.  That shelf even pulls out for easy access. 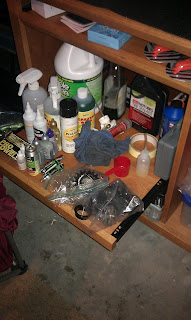 And wouldn’t you know, I finally got around to replacing my cleats because you know, they were worn out once again. 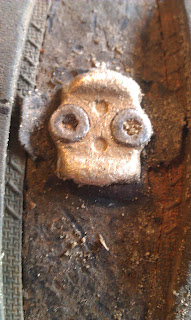 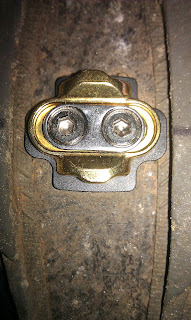 Those fuckers don’t last for shit.  Maybe I’m too rough on ‘em.

Spending the afternoon getting shit done normally ends with me drinking too much beer and passing out in the house somewhere, but Saturday was different.  I was supposed to go to a birthday thingy for the Space Cowboy, but I was on call for work and couldn’t make it.

What a shame, because I could’ve had too much beer at his party and passed out, keeping everything all normal and shit.

Email ThisBlogThis!Share to TwitterShare to FacebookShare to Pinterest
Labels: cleaning, nothing, Tired