All The Way Up


After leaving , we had to climb.  It was on a fire road, so it wasn’t too bad.  Still, it was steep, but I knew the reward was good.  We told TomTom that he will be sufficiently rewarded for this climb with stellar views and a nice descent on some fun singletrack.  I’m talking about our ride to the top of the AirStrip. 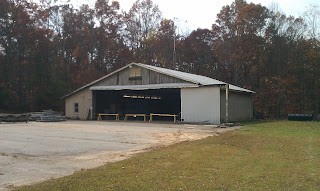 The airstrip is pretty cool, and I’ve heard several stories of what it used to be.  Basically, it’s an old airfield complete with a hangar (shown above.)  It may or may not be used for airplanes anymore, but that doesn’t matter.  We enjoyed riding on it, and really loved the view.

Lunchbox hurried to the end so he could take it in. 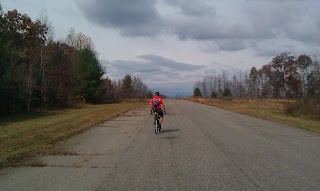 And the view was good for sure. 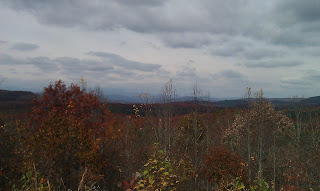 Since we climbed all the way to the top of that thing, it was time for a picnic. 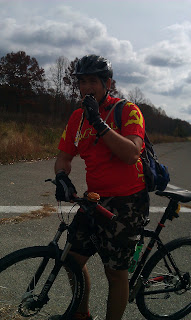 There is a trail coming off the airstrip (called the Airstrip Trail for some reason), and it’s one of the best rides out there.  Mostly downhill, it has bermed turns, a few rocks, and you can haul ass.  We went down it so fast that I didn’t get any photos of it.  I suck.

We caught a connector trail that led us back to the road, and climbed another gravel road to the next destination… 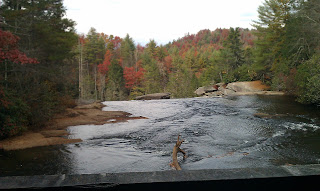 There’s a covered bridge at the top, and it was really cool. 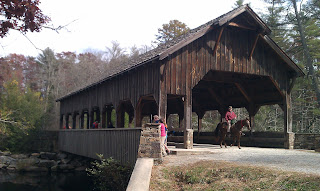 While taking that photograph, I learned something about an old saying: 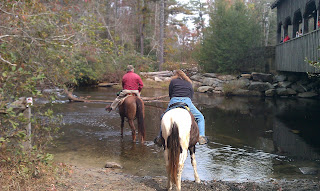 You can lead a horse to water but you cant make him drink.

This area is pretty crowded with tourists trying to see locations used in the movie The Hunger Games.  Since it is only a short walk from another parking lot there were all kinds of people there.

Like this idiot that “captured” the home of some stinging insects. 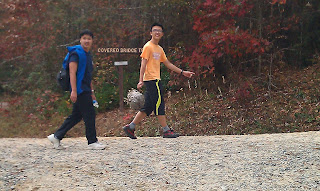 After leaving the crowd, we rode some trails up and then back down to get to the bottom of .  The view was once again awesome. 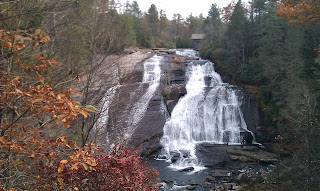 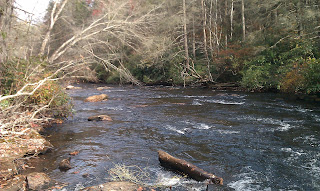 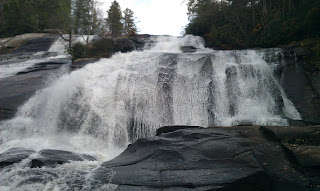 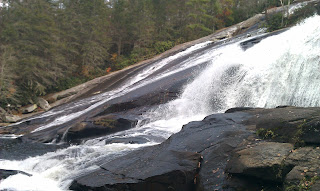 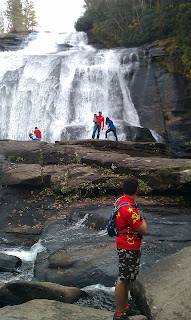 And once again, I’m cutting this off.  Lots of photos and fewer words make a better blog post, mostly because I’m a shitty storyteller.  See y’all tomorrow for what could possibly be the last installment of our DuPont ride.