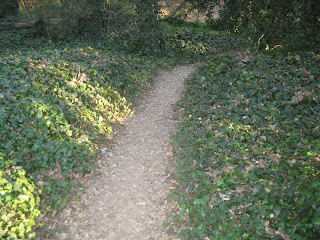 There was a race this weekend, and I didn’t go.  The North Carolina Single Speed Championships were held “in my backyard” so to speak, and I didn’t even make an effort to be there.  I said I’ve had enough racing this season, and I meant it.  Even when I woke up Saturday morning, I had no urge to go race.  Lunchbox was really surprised.

Me:  I’m done racing for the year.  I don’t have another one in me.

LB:  Okay, but I thought you would go because it’s not a “normal” race.

Not a “normal” race?  Yeah, the fact that it was an event full of single speeders was a little appealing, but it was still a race, and I’m riding just for fun these days.  And yes, much fun was had, because we rolled over to the Backyard Trails instead.  TomTom joined us, and it was the first time that Little Miss Sunshine and Lunchbox had ever been there.  They were having fun at first, but they were waiting for the part that I kept hyping up…

It’s one of the most unique features out there, and I obviously can’t shut up about it.  When we got there, I started giggling.  I was saying, “Pooooo Pooooo” around every corner, and ringing my bike bell like I was a little train. 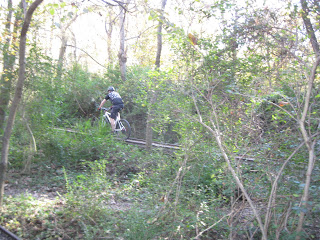 TomTom was right behind me, and he’s been there before so it wasn’t such a big deal. 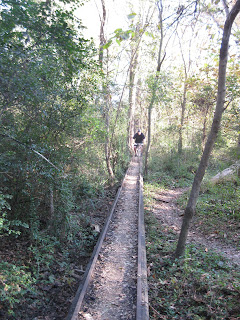 Little Miss Sunshine wasn’t very comfortable on the poo tracks, but I think she still enjoyed their poo goodness. 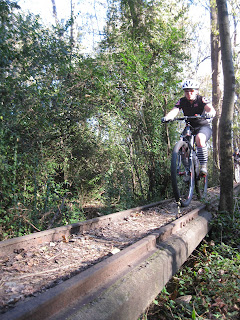 Lunchbox thought it was freaking awesome. 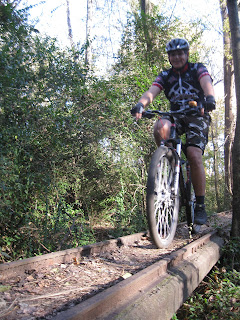 They swirled around the poo in a little poo train. 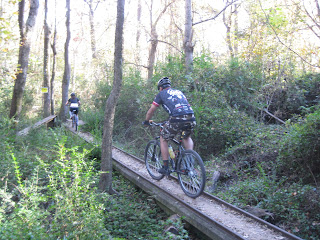 When we got to the end, we were all laughing.  Lunchbox thought it was the coolest thing he had ever ridden, so I asked him if he wanted to go around one more time.  Of course he said yes, so we cut back through the trail for lap number two.

Get it, lap number two? 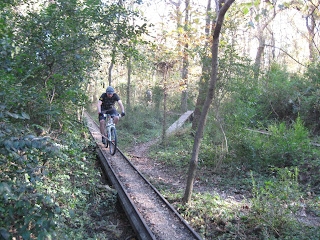 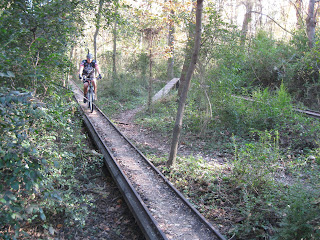 It was an awesome day, and aside from a couple of small crashes, we all made out okay.  That trail will humble you before the mountain biking gods, but it’s still the funnest place in town.  Besides, where else can you ride Poo Tracks.

Lunchbox commands you to say it. 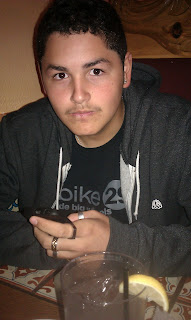 I bet you just said it.